Austin and Kayla met at North Bullitt High School in Mt. Washington, Kentucky.  While Kayla had a boyfriend, she and Austin struck up a friendship.  Consistently there for her through good times and bad, their friendship endured all of high school.  With their careers quickly approaching, Kayla decided to head to Galen College of Nursing and Austin became an electrician.

As they continued with their job trajectories, Austin private messaged Kayla on Instagram.  It took her quite some time to reach out, but once she did, the rest was history.  Over the next few years, Kayla became an oncology nurse for Norton’s Women’s and Children’s Hospital and Austin pursued welding, eventually leading him to build his own race car specialization company.

One day, right after Thanksgiving 2019, Austin suggested that they go look at rings.  Kohl’s didn’t have any rings that interested Kayla, but JCPenney did.  Austin went back the very next day.  In Austin’s family, they have a tradition of exchanging ornaments.  On the eve of the exchange, Kayla was welcomed into the family with her very first ornament.  On it was inscribed, “Marry Me?” and when she turned around Austin was down on one knee surrounded by 70 of their closest family and friends.

Austin and Kayla will be getting married at Carlisle Acres in August of 2021, so to compliment their wedding photos  we headed to the woodsy Beckley Creek Park for timeless engagement photos. One of my favorite aspects of this couple was that in the middle of taking photos you could see the care and concern Austin had for Kayla.  A small smile, or just touch of the hand told her that he was there.  And he was all in.

We can’t wait to be a part of their big day in 2021 and wish them all the happiness in the world! 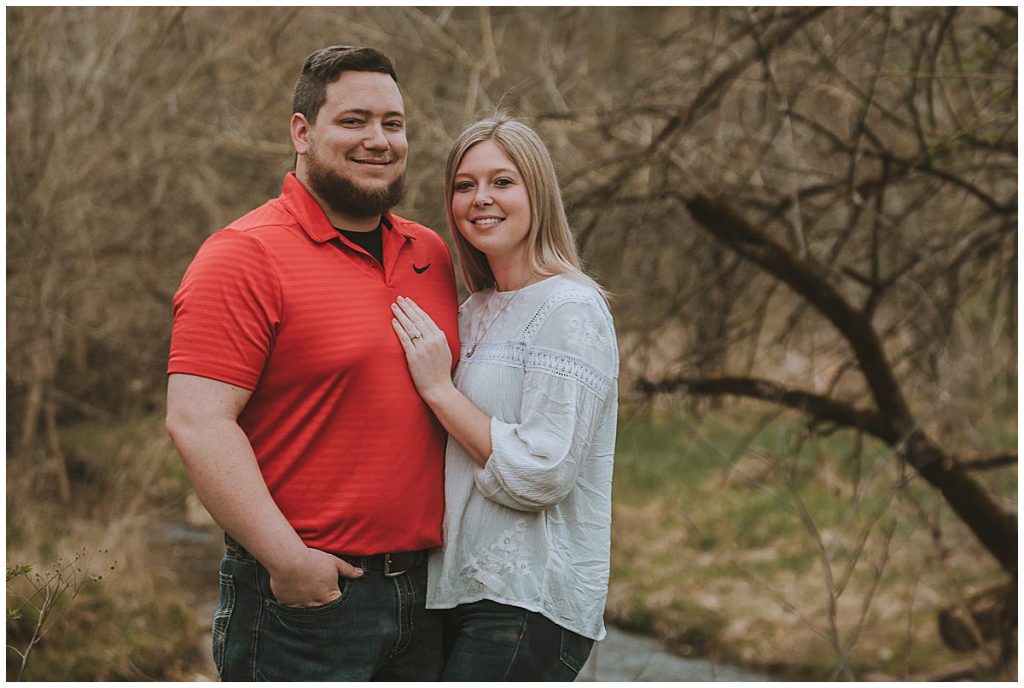 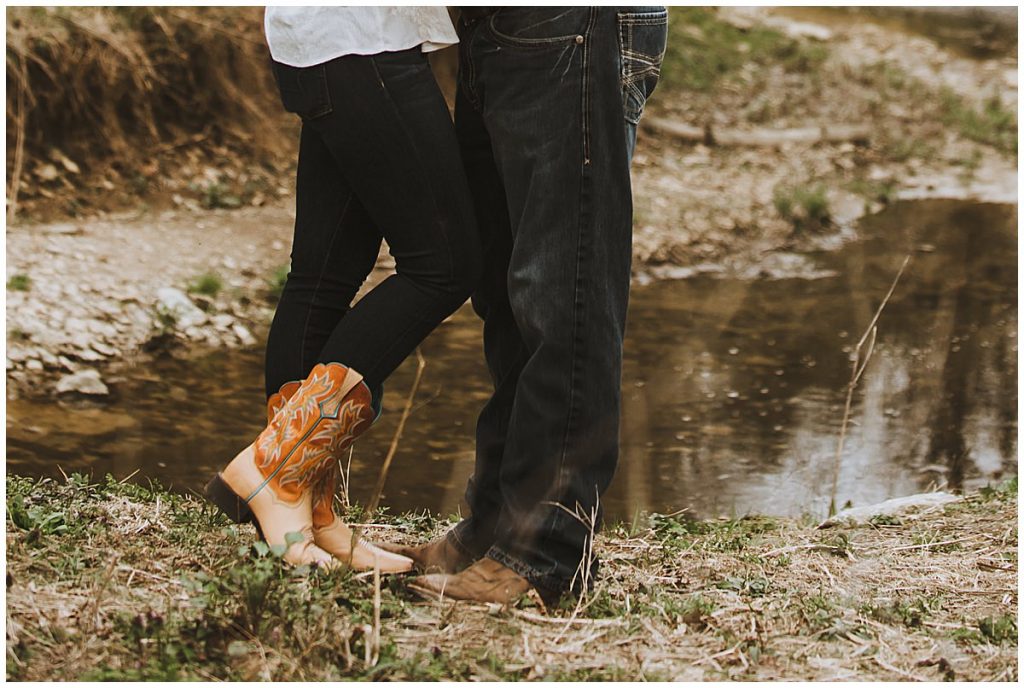 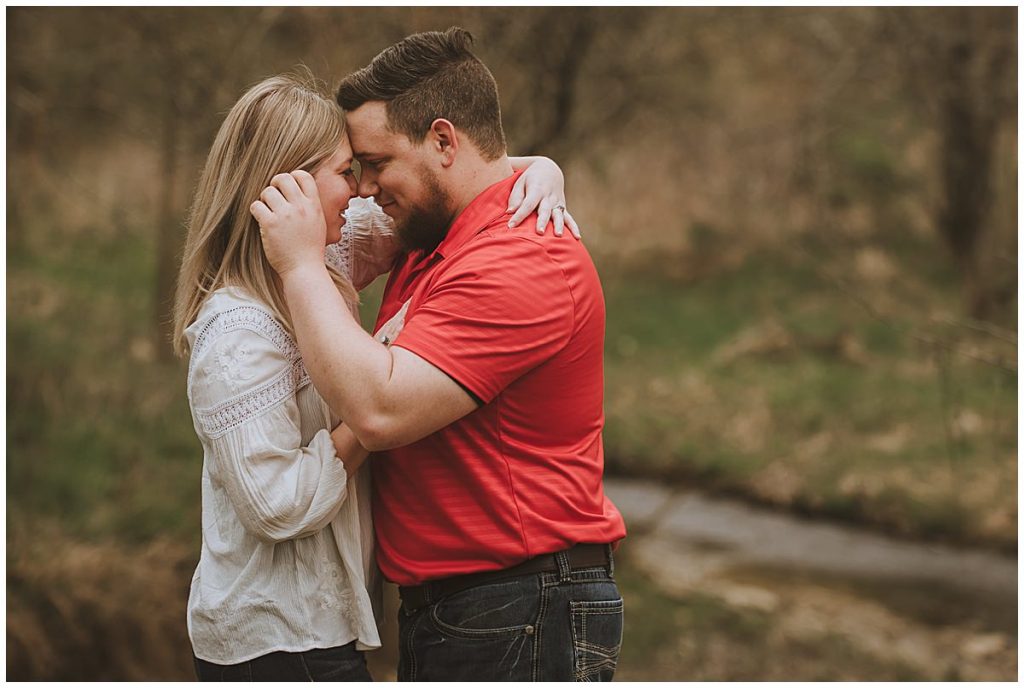 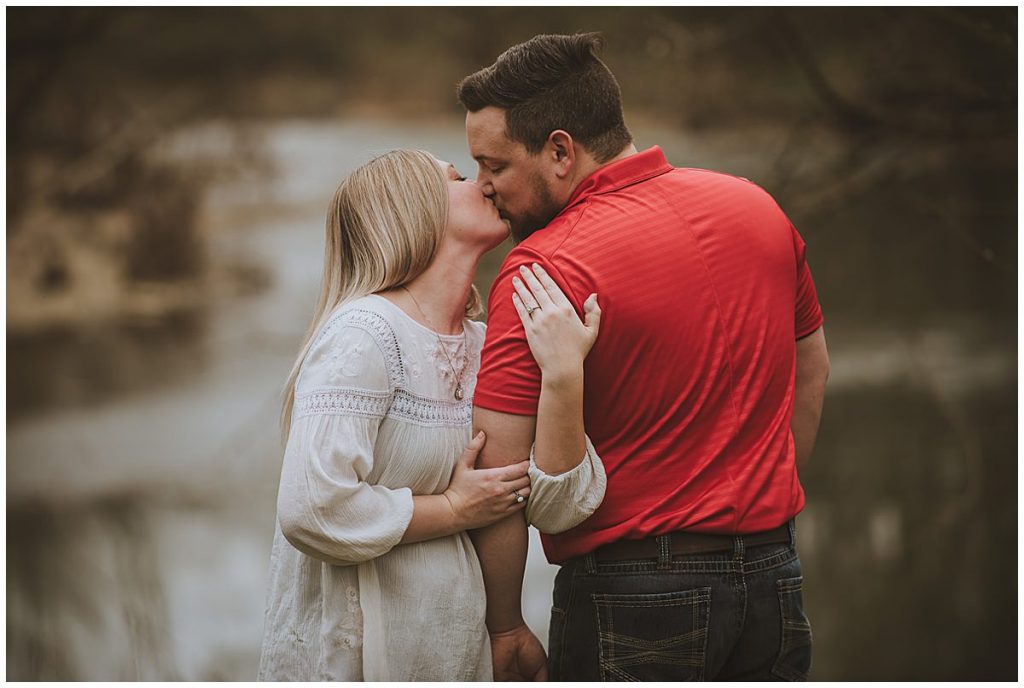 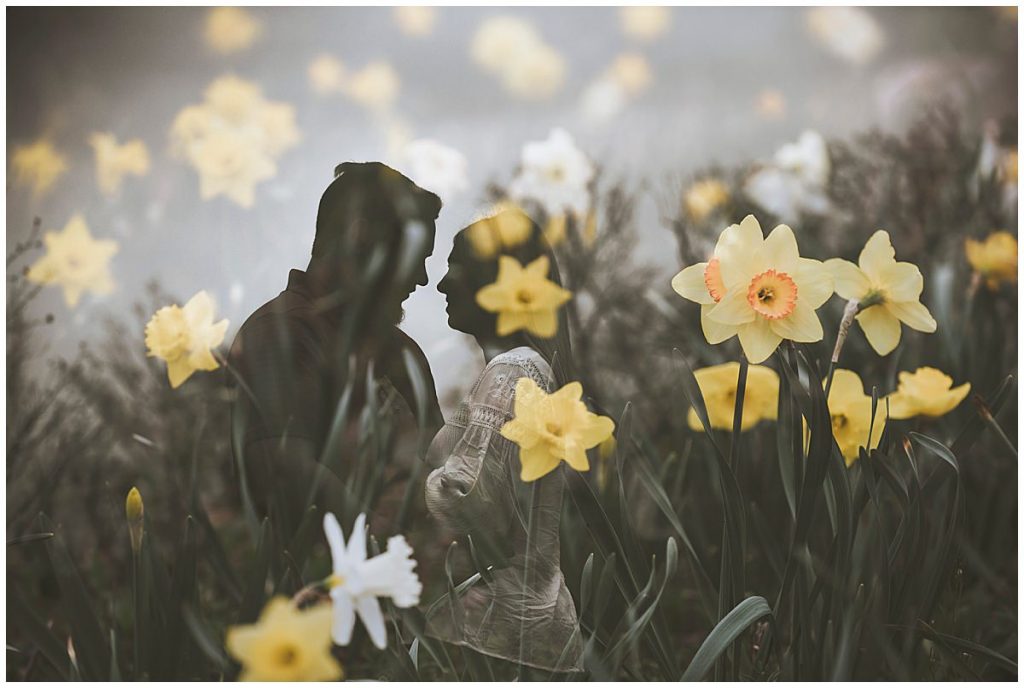 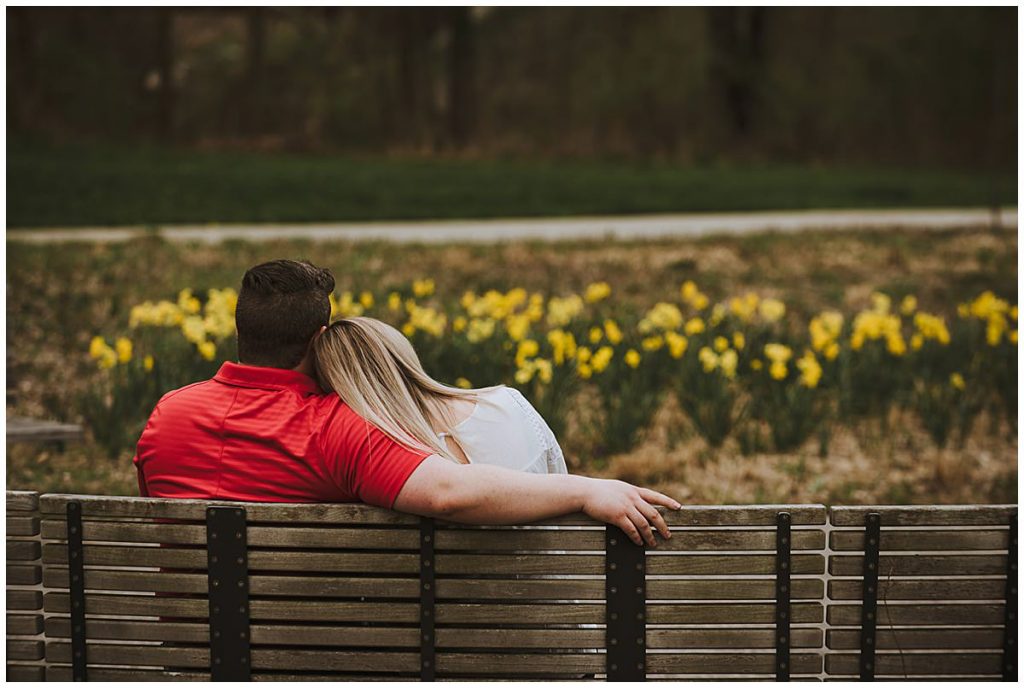 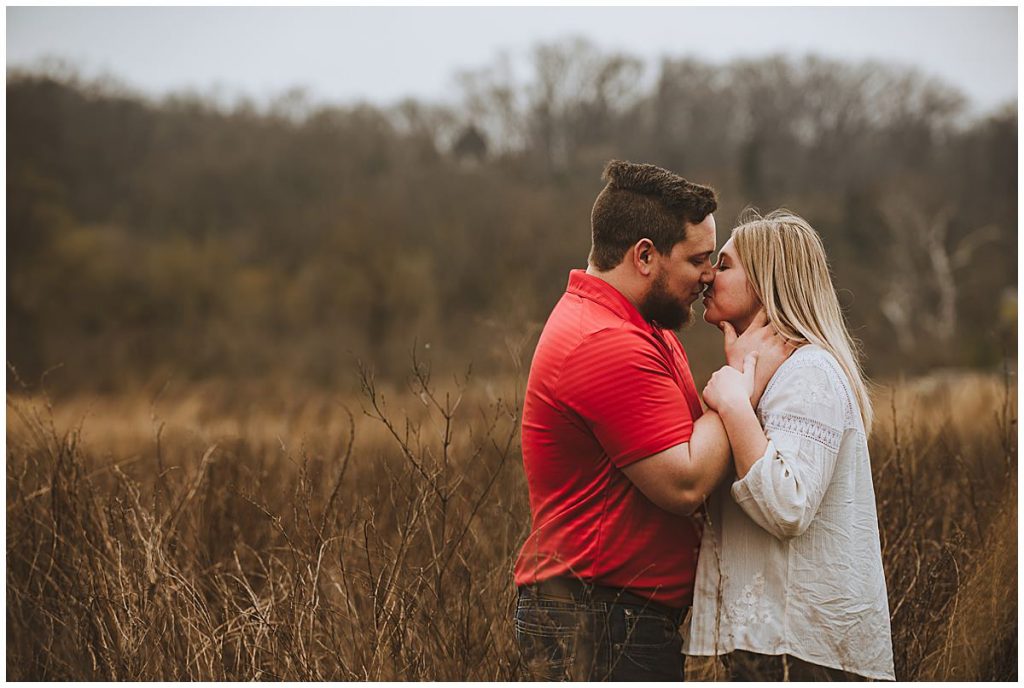 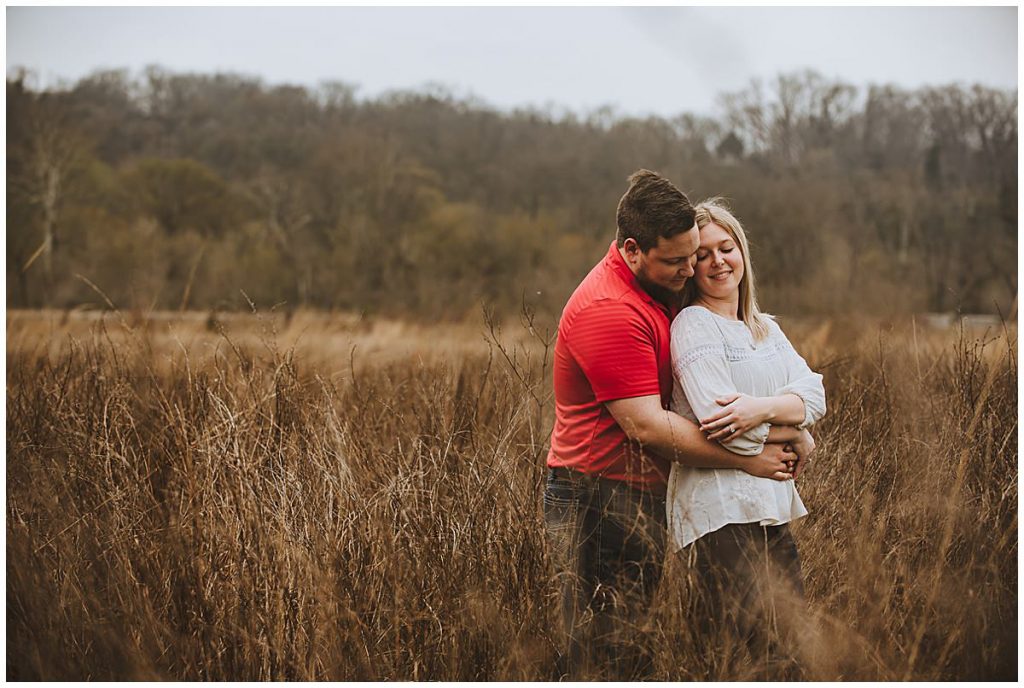 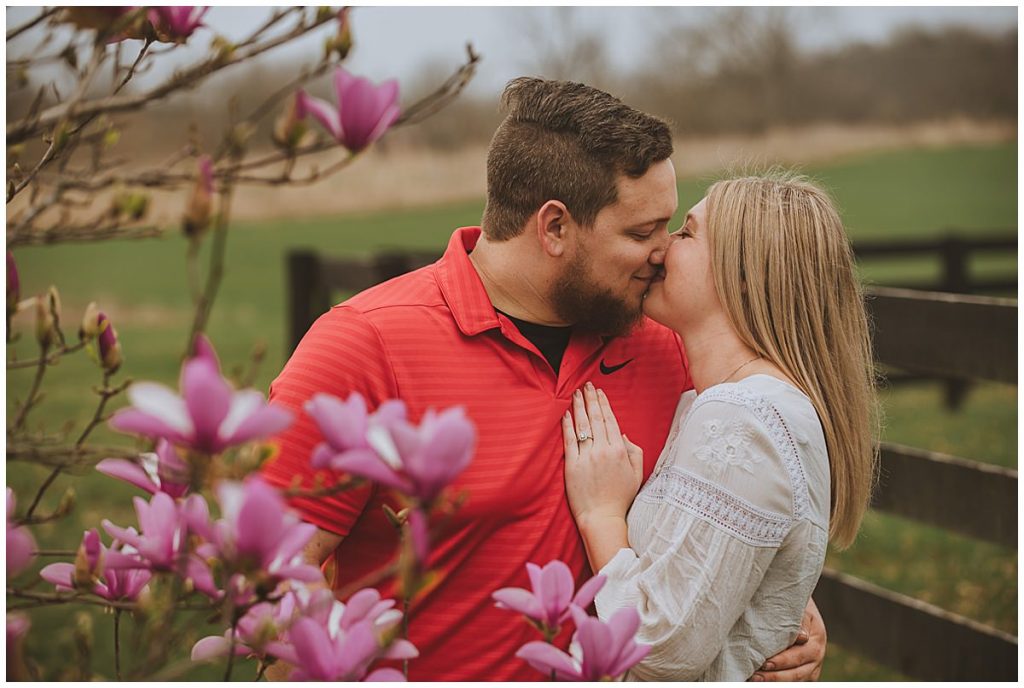