We arrived in Iceland around 8am on October 4th.  Choosing mid fall for our visit was important to us.  My husband is a physicist and he had done research the year prior using the SpaceWeatherLive Solar Flare monitor to give us the best chance of seeing the Northern Lights.  We picked up our Jeep Renegade from Green Motion Car Rental and were warned to ‘beware flying car doors because of windy conditions.’

We drove 50 minutes until arriving in the city of Reykjavík, our home base for the next three days.  We checked into our gorgeous modern hotel, CenterHotel Thingholt and rested for a half hour having only slept three hours on the flight.  Out our front window stood the natural lake in the center of town, Tjorninn.  After feeding the ducks, we moved onto Harpa, a modernistic concert hall which mimics the color of the tumultuous ocean nearby.

A short walk away took us to the Sun Voyager, a modern Viking Ship sculpture that represents the past and the future of Iceland.  We then visited the observation deck of Hallgrimskirkja, a Lutheran Church used as Kylo Ren’s lair in Star Wars: The Force Awakens.  The views of the city complimented what we had been told; three fourths of the population of Iceland lives in the capital.  After a delicious lunch of traditional fish stew, we set out for the Blue Lagoon.

The entire fifty minute drive I couldn’t help but wonder, would it live up to the hype?  As we turned off the main road, the wind whipped around the SUV, threatening to pull us off the road.  We noticed the glacial till runoff on the side of the road and all of us were stunned.  Shades of purple, pink, and blue flowed beside the gravel road, leading us to the Blue Lagoon.  Before entering the healing waters, I snapped a couple of timeless photographs to remember our time, regardless of the 50 mph winds.

For a more in depth analysis of the Blue Lagoon, CLICK HERE.  We spent three hours in the healing waters, the wind never ceasing, silica masks coating our faces, until the jetlag became too much and we returned to CenterHotel Thingholt to enjoy a fish heavy dinner.  The next morning, bright and early, we embarked on day’s adventure of the Golden Circle.

Our first stop was Thingvellir.   Forty four minutes by car from Reykjavik, the parks boasts tectonic plates you can walk beneath.  Below a lake is the location where the North American and Eurasian plates meet.  Diving trips take off daily from March through September in order to travel beneath the surface to see the wonder of Mother Nature.

After an onslaught of rain, we traveled north to Geysir & Strokkur, two geothermal geysers similar to Old Faithful, albeit the latter erupts more frequently.  After traversing the smoking rocks, we drove about ten minutes north to the Gullfoss Waterfall, the cascading monster called Iceland’s Niagara Falls.  Finishing our day trip mid afternoon after visiting Icelandic Horses and the Kerid Crater, we eventually ended up at the Icelandic Phallological Museum (I have not included photos for obvious reasons).

That evening, after a short rest, we headed two miles outside of town to search for the Northern Lights.  We were shocked to learn that the best viewing was with two miles of our hotel at the Grotta Lighthouse.  As we drove thru town, my husband pointed out the window at some white clouds and said, “There they are.”  The rest of us all thought he was lying, but as we approached the parking area, the wispy remnants began to glow a light green.

They continued to brighten for about four minutes and then faded as gracefully as they came.  The next round, however, was a show stopper. Spells of purple, red, yellow and orange ran intermittently amongst the green glow.  Looking like the ancestors from Disney‘s Pocahantos, it was as it couples were dancing atop the clouds.  We left in the midst of the third show, never really recognizing how lucky we had been.

The next morning, all of us were an emotional high from the lights presentation.  We left early in the morning to attempt the South Ring Road.  Two hours from town, our first adventure awaited.  Seljalandsfoss waterfall is unique in that you can walk behind it, being sprayed with the ice cold water of glacial runoff.  I highly recommend hiking shoes if you are going and my Sperry boots served well for grip and durability.

Fifteen minutes down the road and the majesty of the Skógafoss Waterfall awaited us.  An hour in the car later and we were pulling up to the infamous black sand beach of Reynisfjara.  Black cylinders jut from the sand, protruding erratically into uneven levels of steps.  Chris and I tried to take a photo, but a rouge wave, a common occurrence that tourists are warned about, got him before he could be warned (see photo below).

Our final stop of the day was Breiðamerkurjökull, an enormous glacier in the southern tip of Iceland that covers an active volcano, thereby causing lots of soot in the icebergs and outcroppings.  We drove along the edge of the glacier for three hours before arriving to Jökulsárlón, a glacial lagoon with icebergs rising like buildings high above our heads.

A ten minute walk found us at the edge of the sea, on Diamond Beach.  Named for the icebergs that wash up on shore, it was littered with pieces of glass-like ice, the remnants of larger lagoon pieces.  We found our favorite pieces, then posed for some photographs.

On our way back we took a random, off-roading only, path, and ended up closer to the glacier than we had been at the glacial lagoon.  We all acknowledged just how lucky we had been with our time in Iceland.  As the sunset bounced off the blue slices of icebergs before us, we knew that Iceland would always have a piece of our hearts.

All in all, three days wasn’t a lot of time to explore Iceland, but we made the most of it.  From the Blue Lagoon to the Northern Lights to glaciers to waterfalls to geysers to modern architecture, Iceland truly is otherworldly. 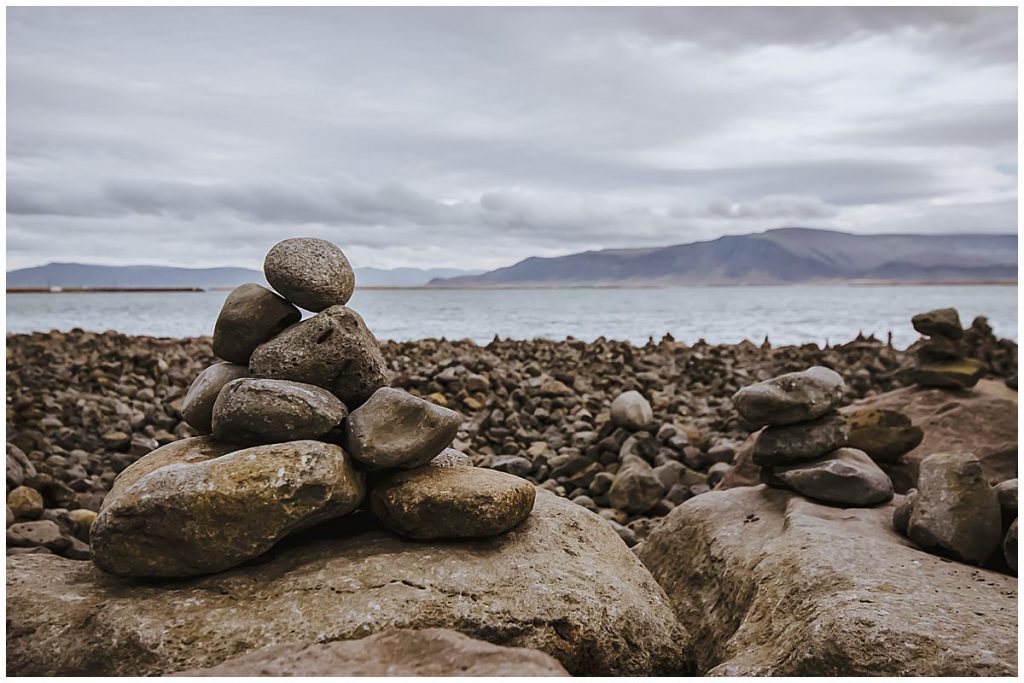 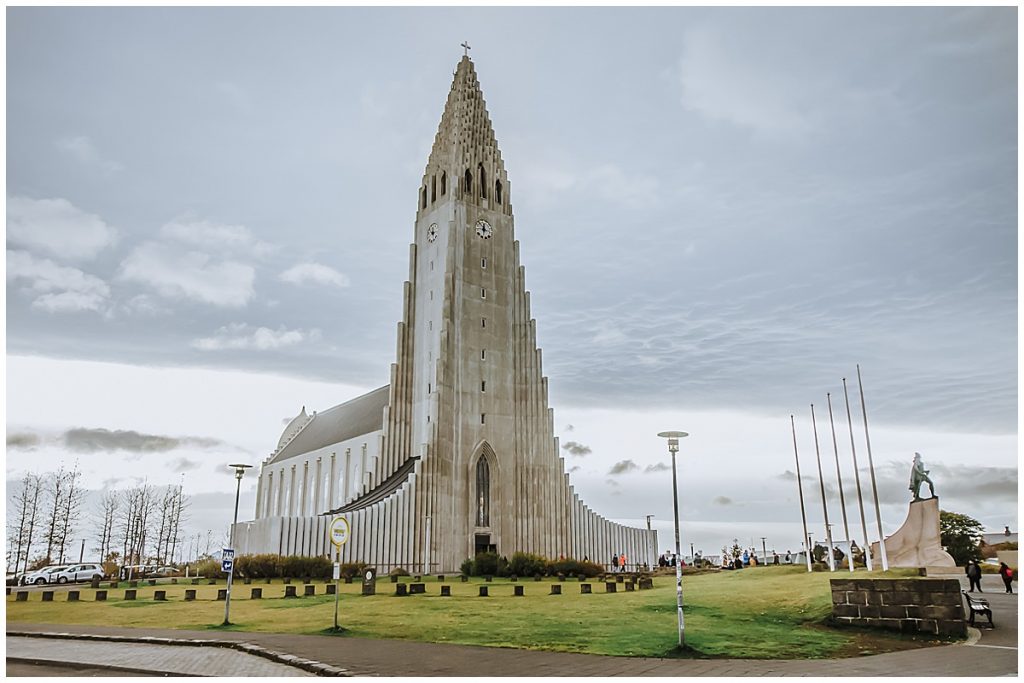 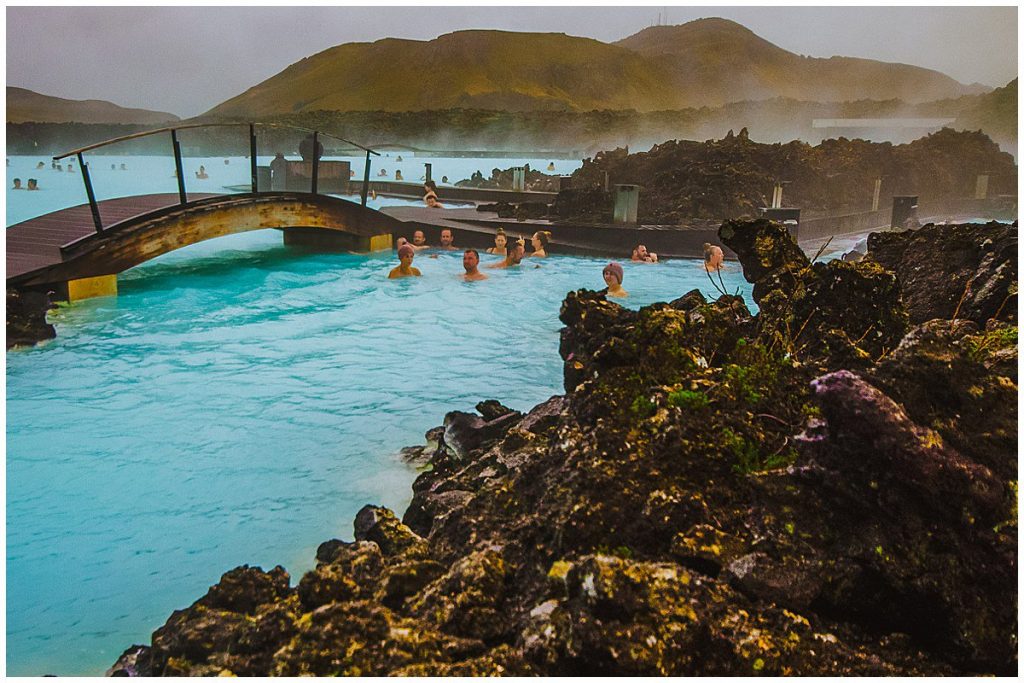 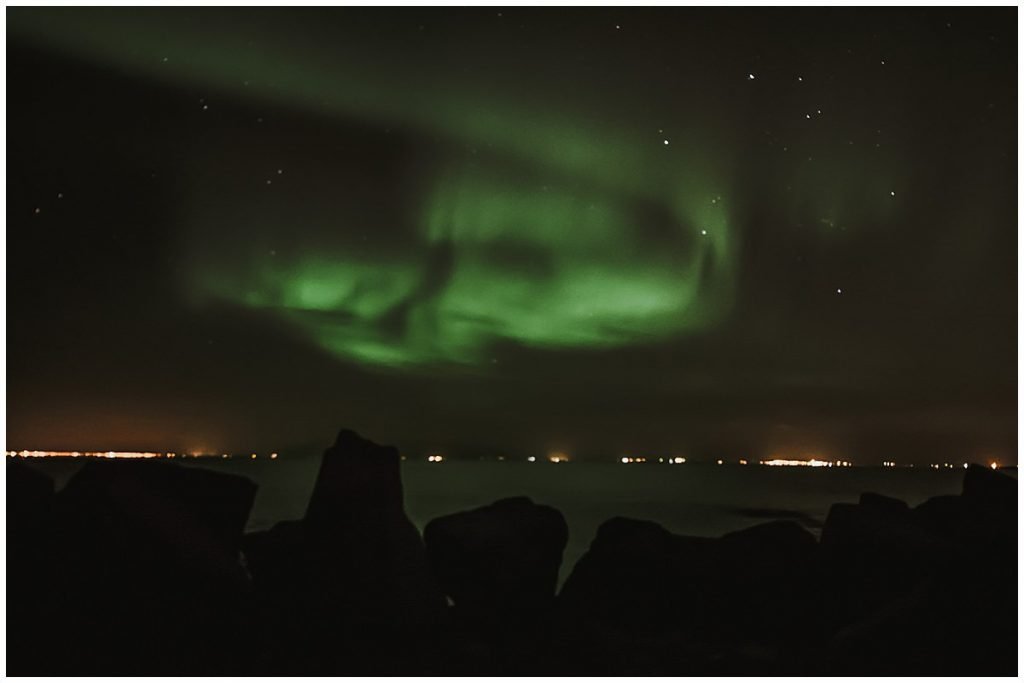 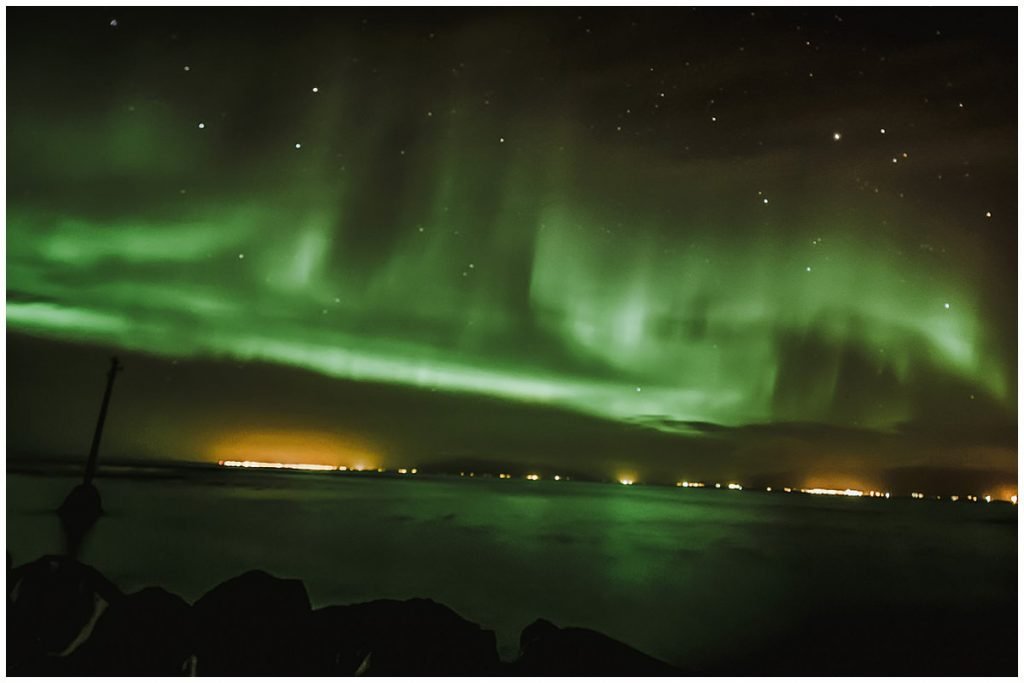 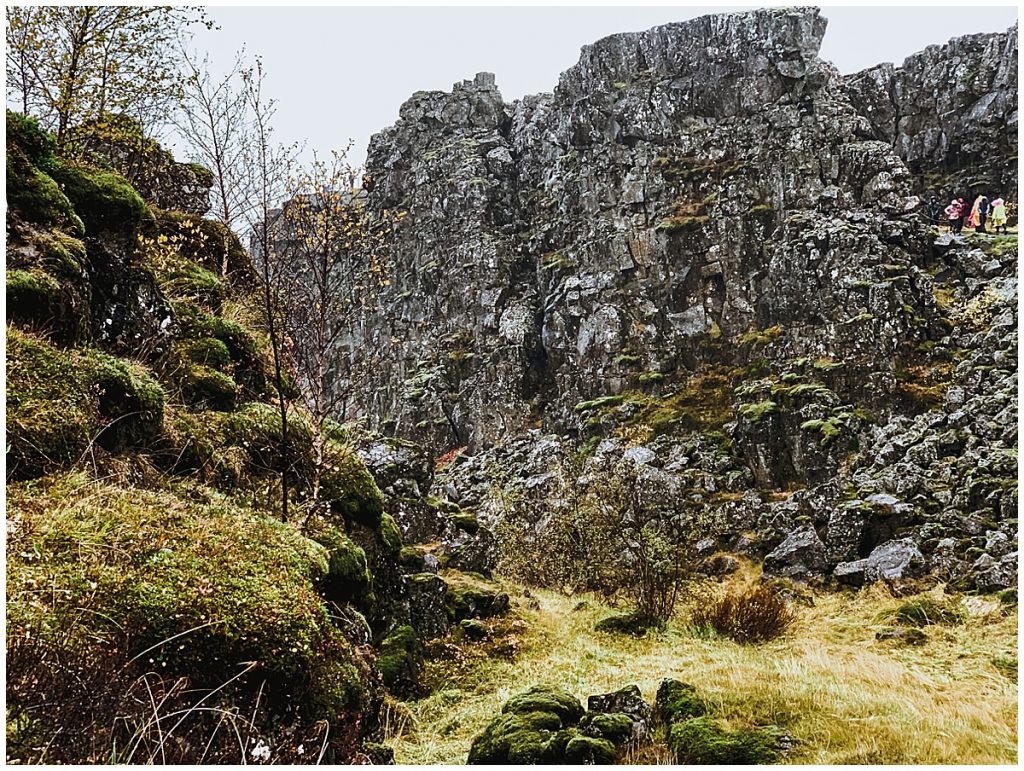 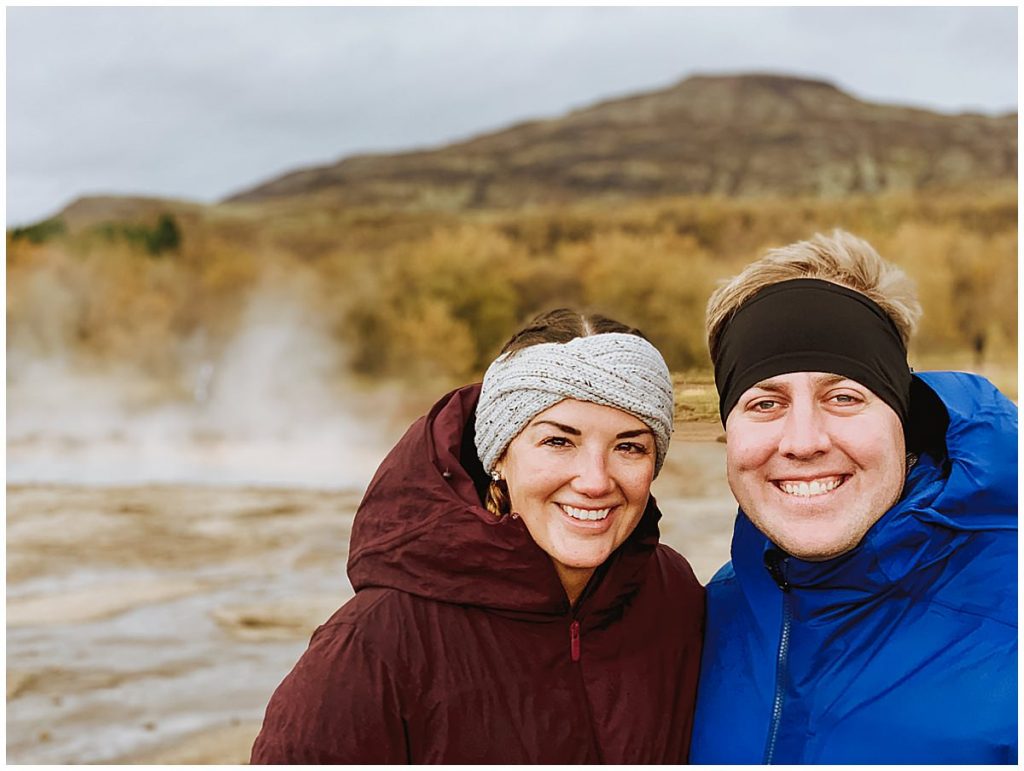 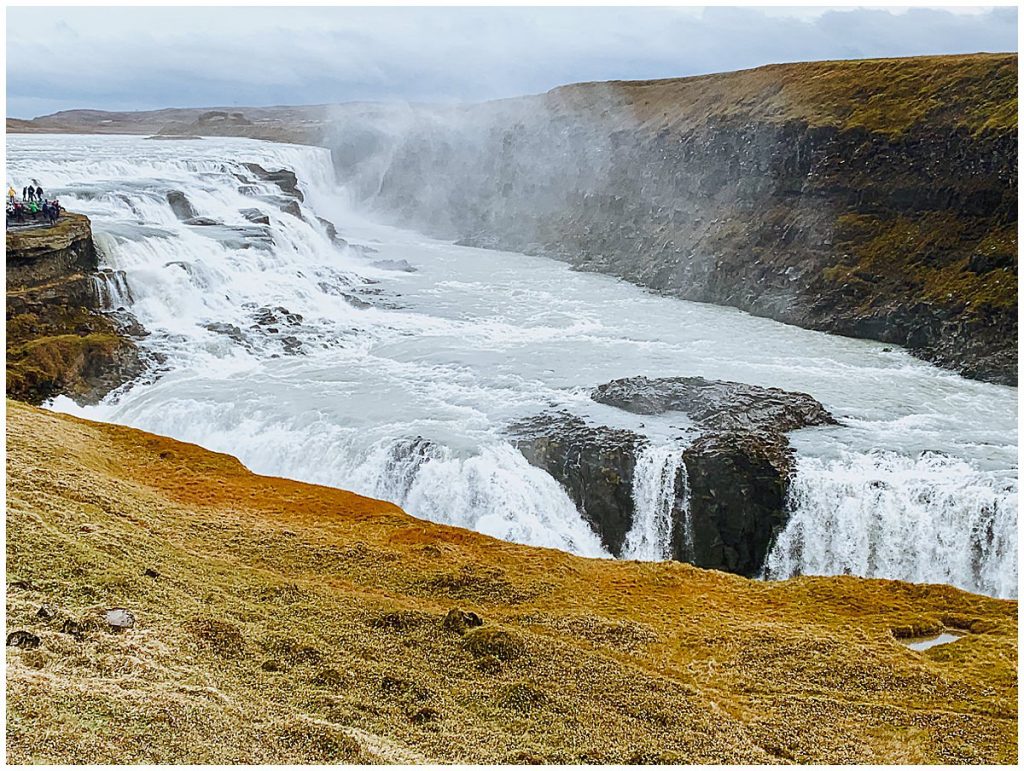 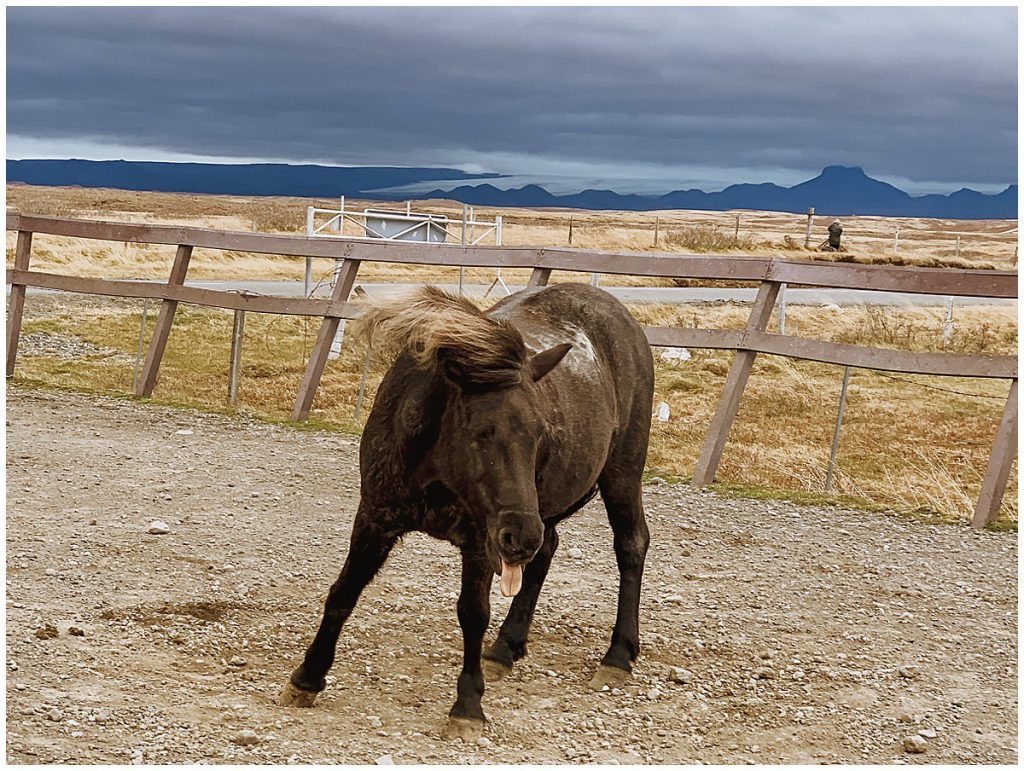 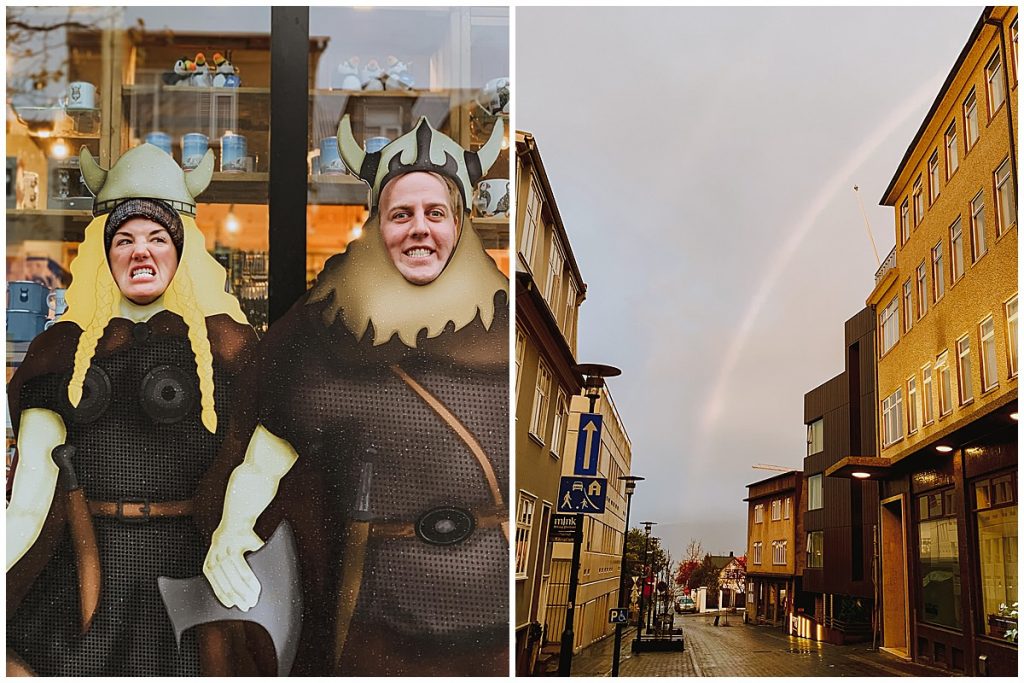 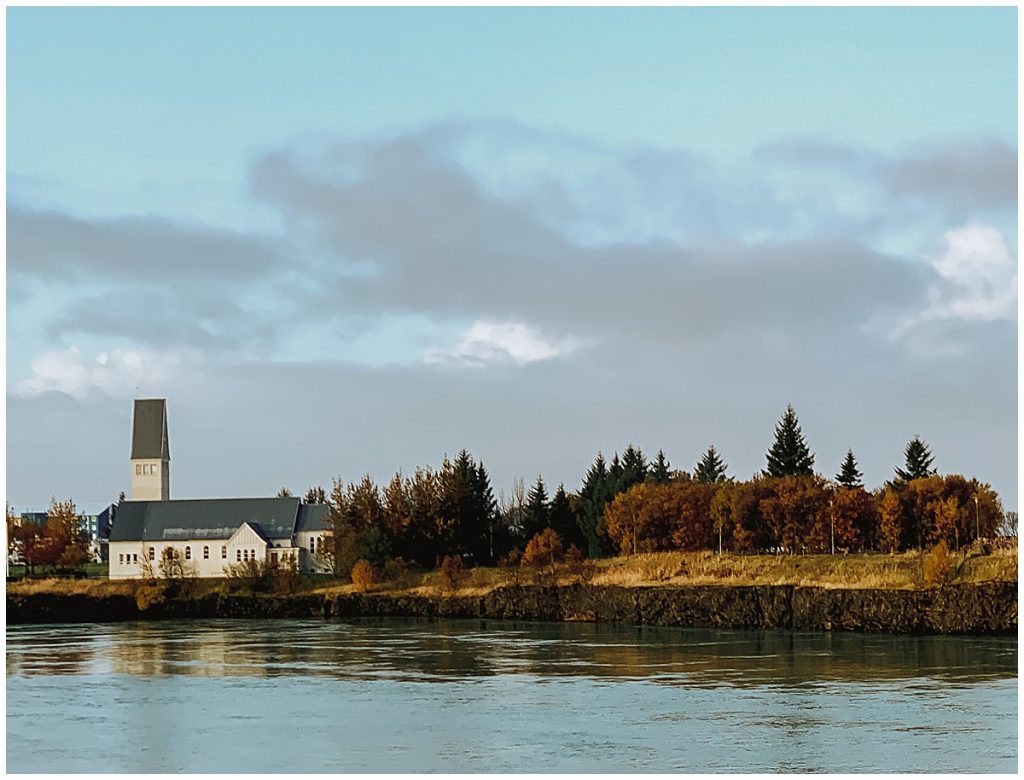 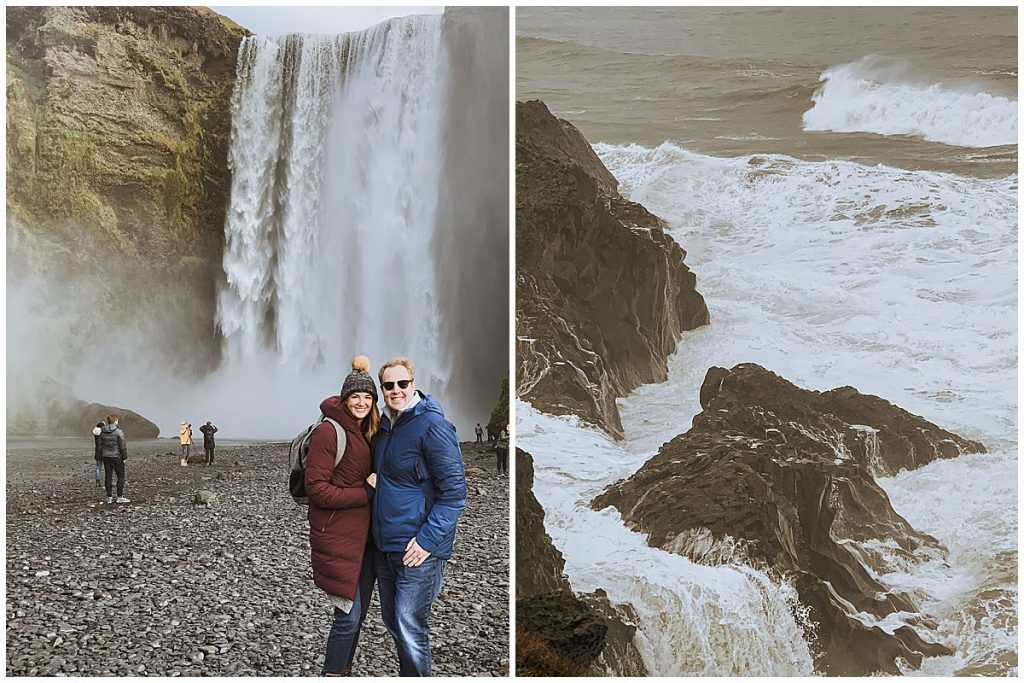 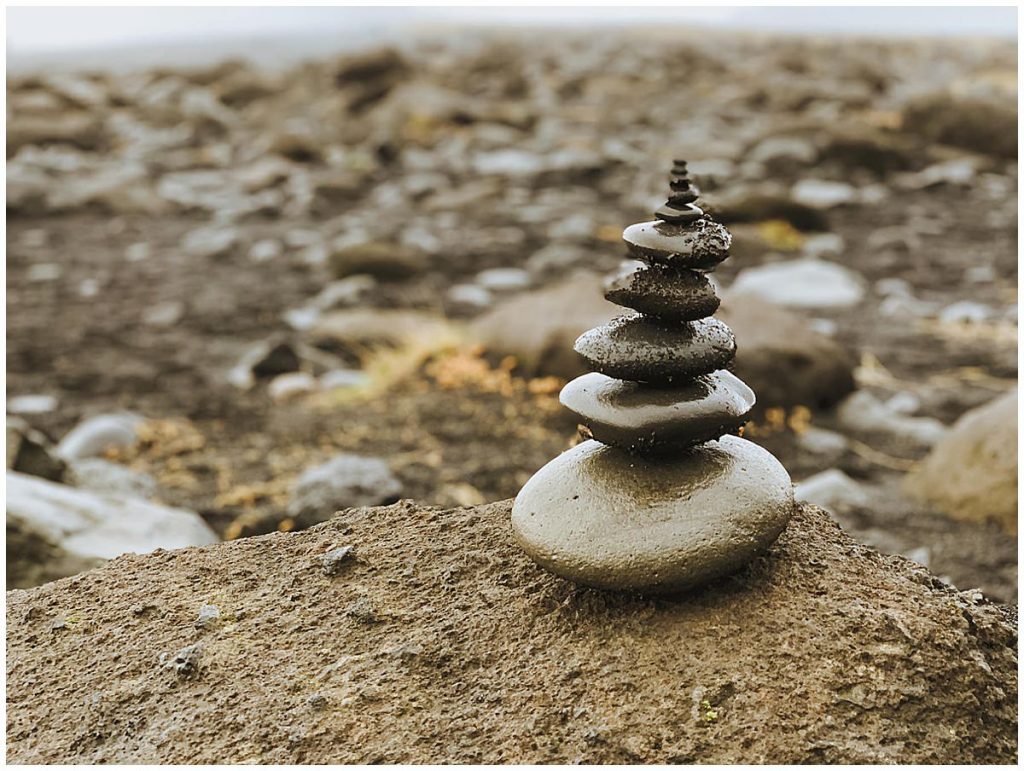 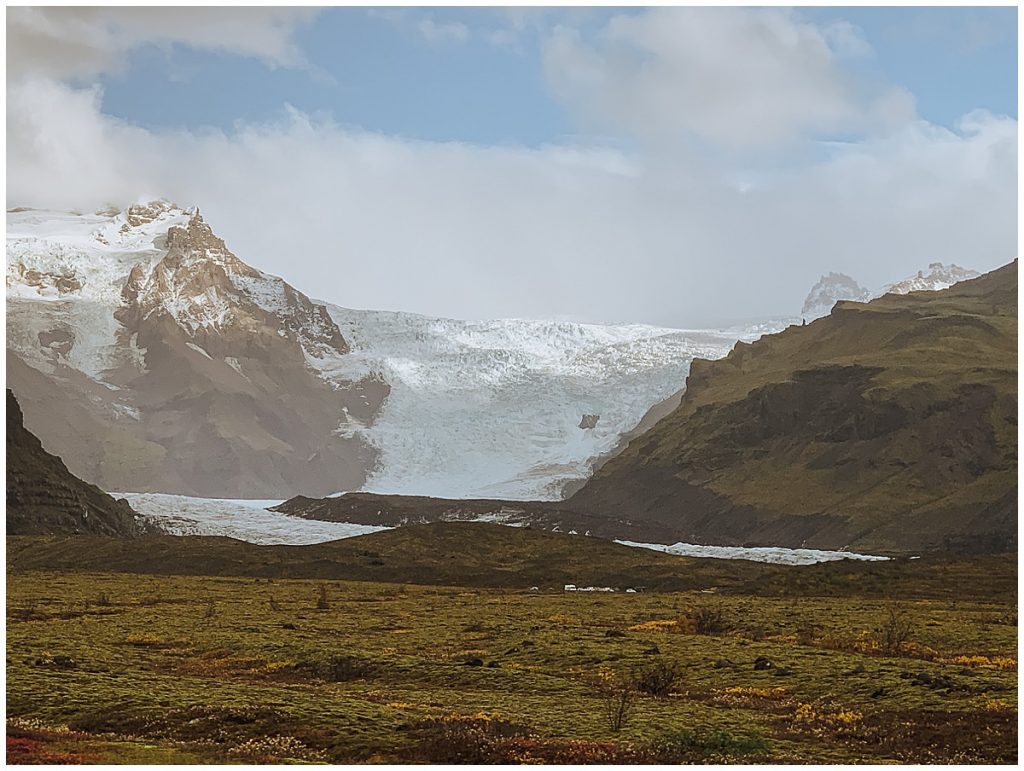 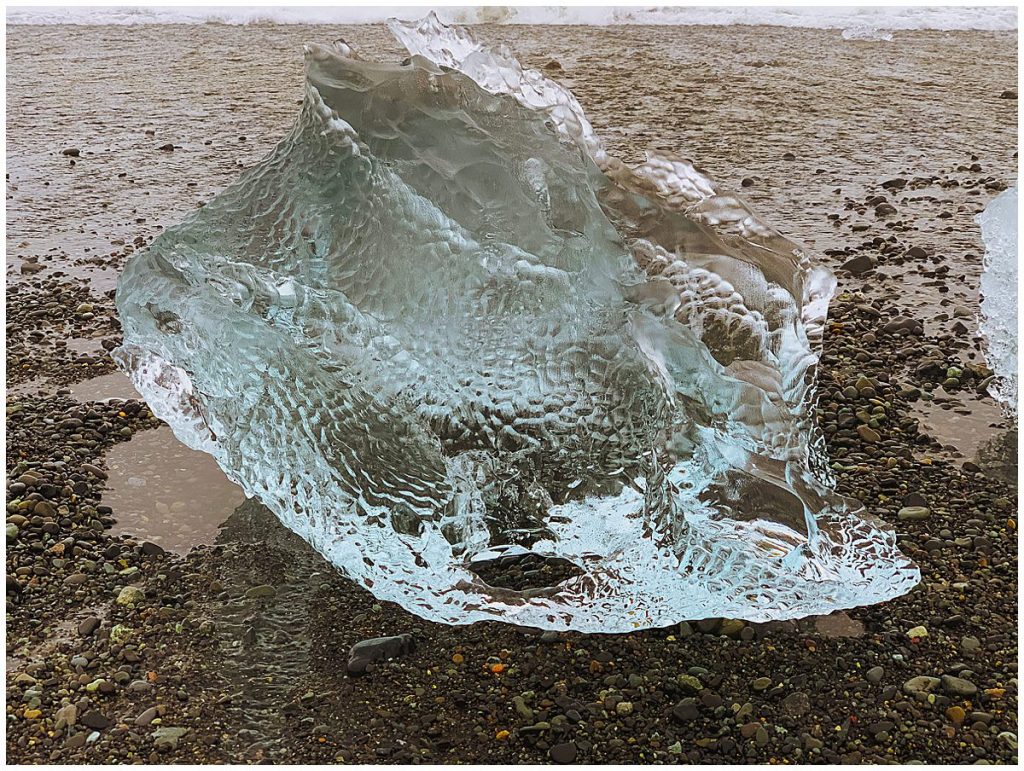 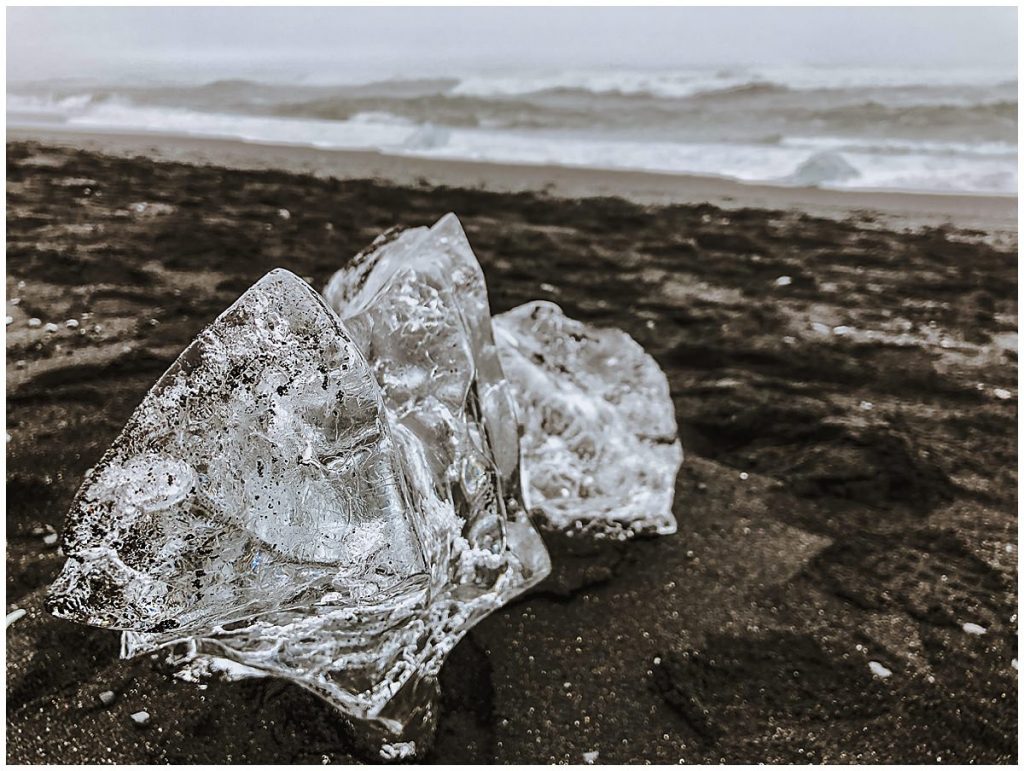 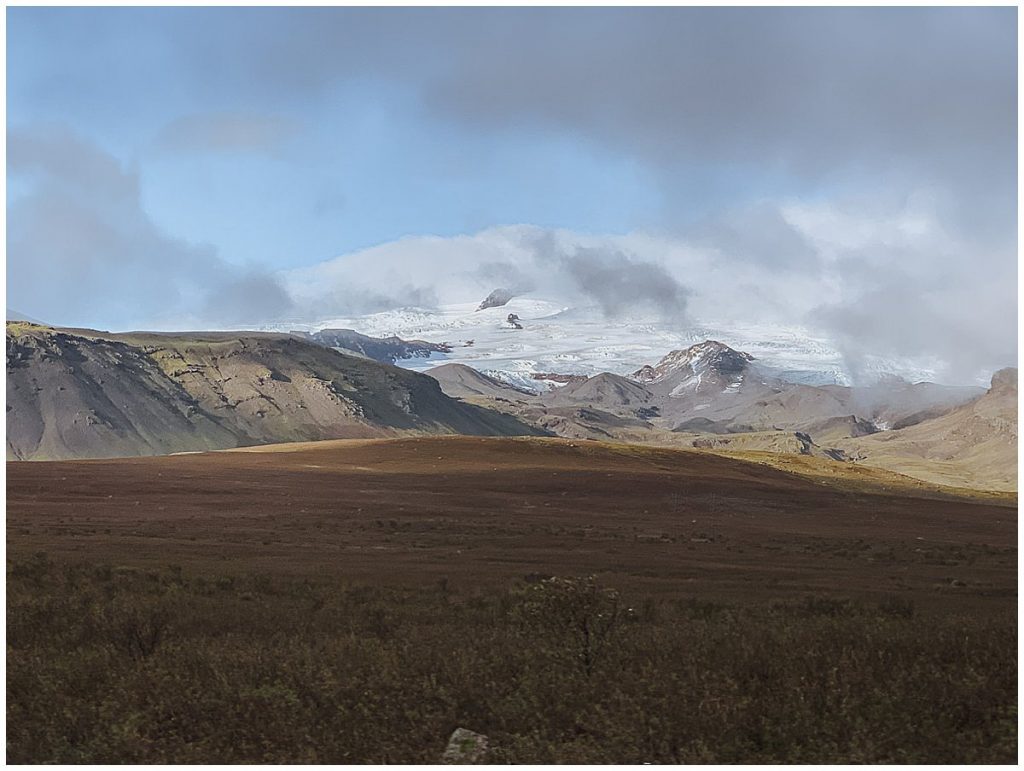 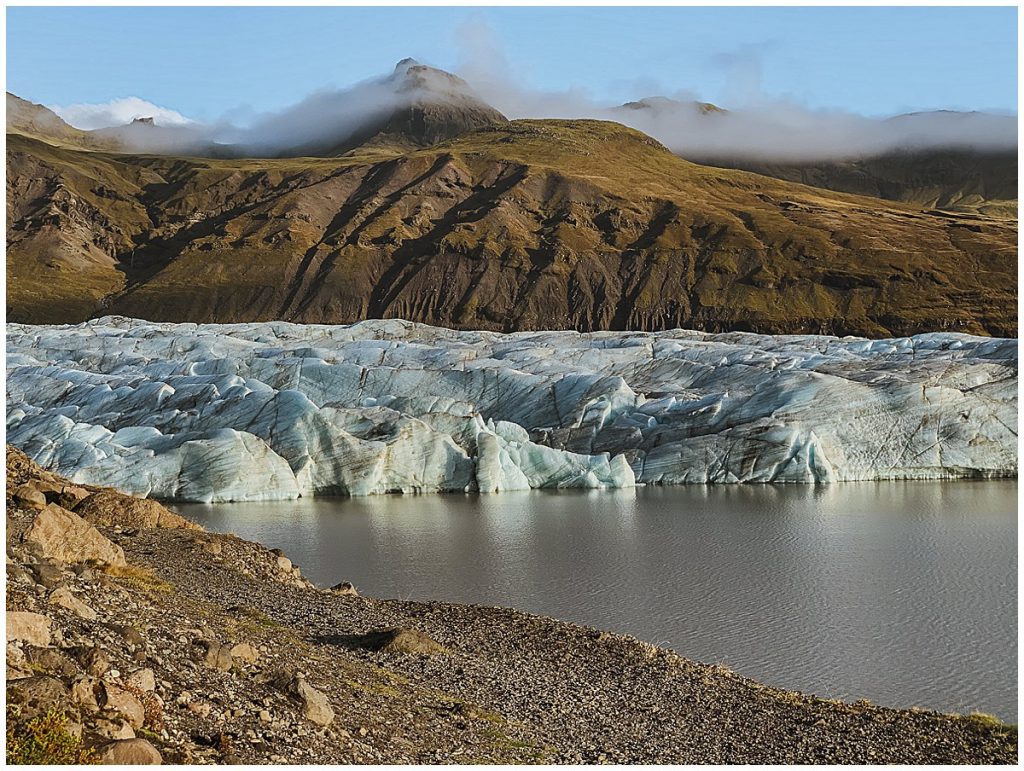 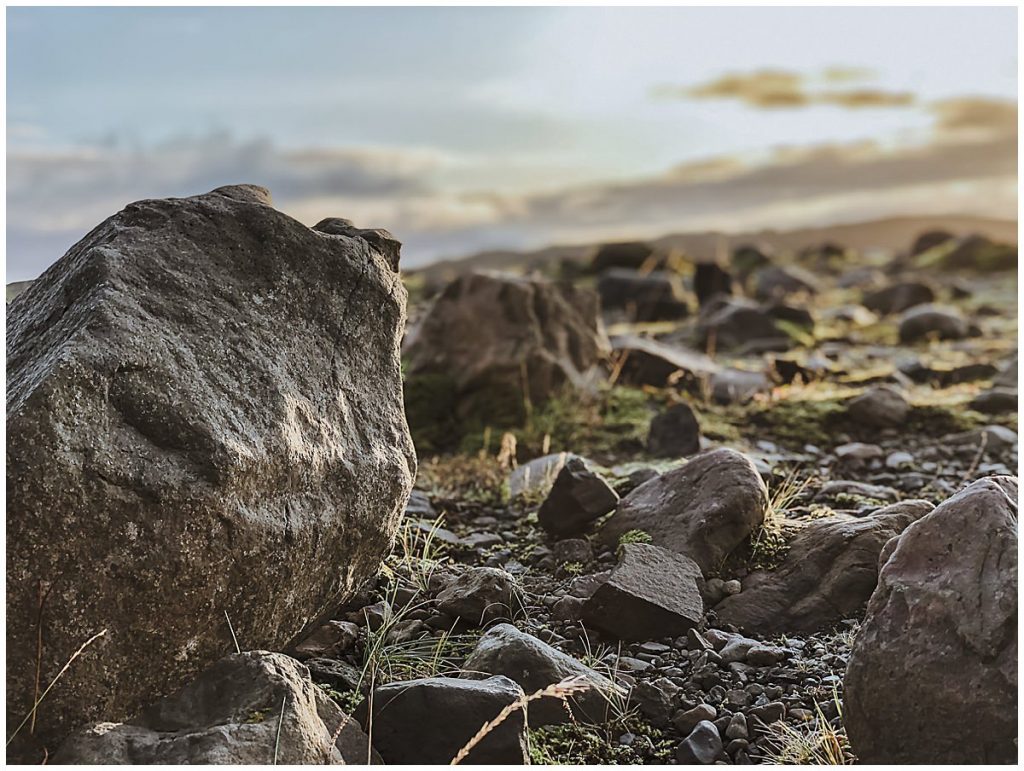 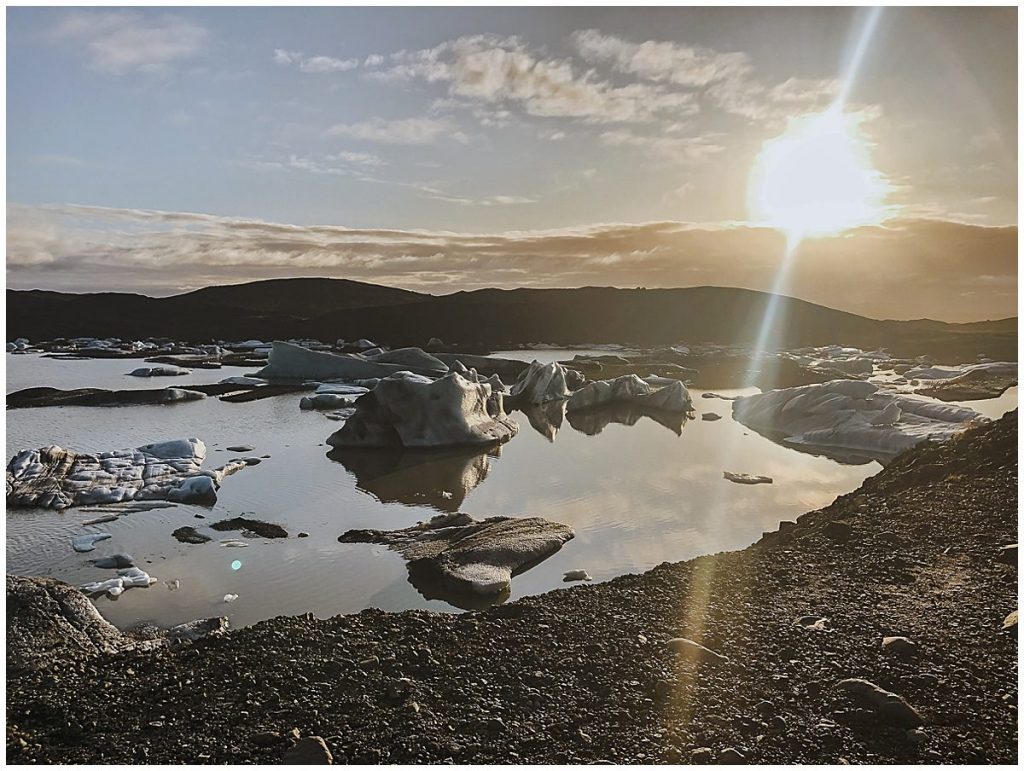 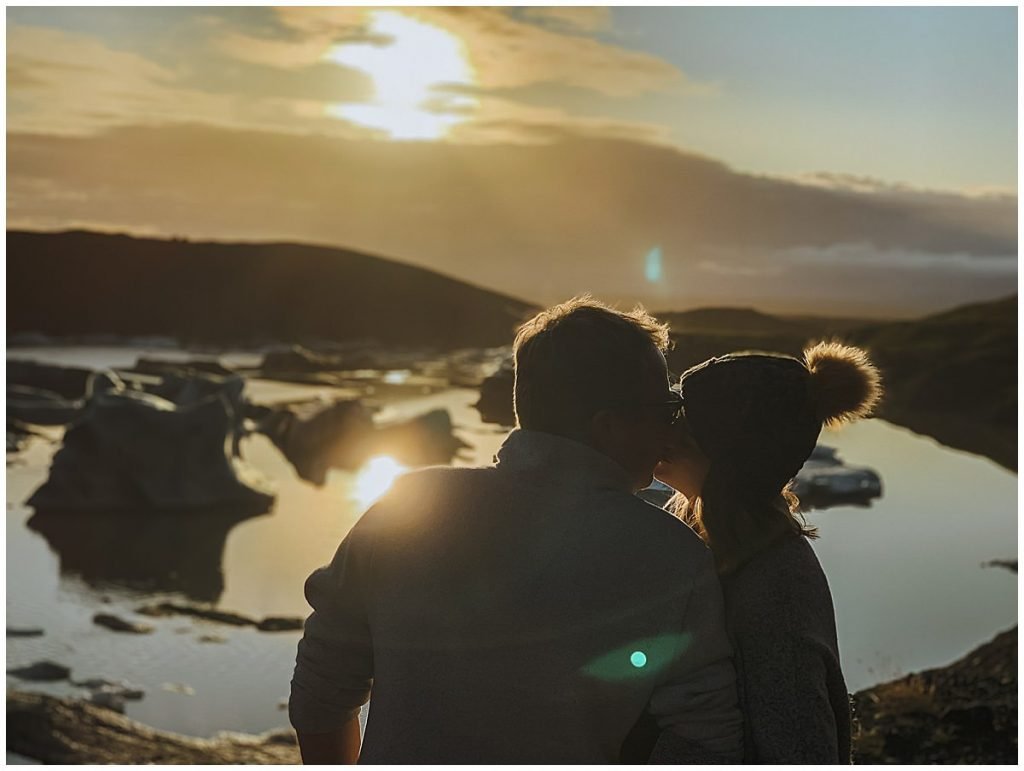