Alex and Angela met 9 years ago when they were both working at Skyline Chili.  Angela was a server and Alex was the dish boy, and they immediately had crushes on each other, plus, they had the same sense of humor.

Angela describes them as being like magnets, just drawn toward each other.  Angela was 15 at the time and Alex was 18. They decided to go on a date to the movies and that’s when they decided Angela was a bit too young at the moment, and it just wasn’t the right timing. Alex’s family owns property in Michigan and they year they met he moved there for the summer.  Angela thought about him every day he was gone.  Her heart felt broken. She knew it was more than a crush and when he moved back at the end of the season both of their hearts were open to trying again.

Angela knew his family from serving them, but when she met them they couldn’t have been happier that they finally were together. Obviously Alex had been talking to his family because both his mom and dad both said they knew they were meant for each other.

Michigan has become part of Angela and Alex’s life.  They spend weekends in the summer on Higgins Lake and the winter they travel north to ski.One such weekend they went up and spent the day at Treetops with Alex’s cousins skiing the day away. In the evening, back at the cottage, they went to relax when Angela noticed the glimmer on the lake. Pulling Alex down to the edge, Angela went out onto the ice to slip and slide around.  She kept saying, “Come here.” And Alex stood there, admiring her in all her joyous beauty.

He convinced her to come close to him as the sun began to dip below the horizon. In the golden glow of a winter sunset he got down on one knee and asked her to marry him.  Filled with emotion, she flung her arms around him and said the easiest “Yes” of her life.

For their engagement session we knew they needed somewhere magical.  Creating a fairy-tale feel was easy at Wegerzyn Gardens Metropark in Dayton, Ohio. Their gardens are whimsical, sprinkled with blooming flowers and pergolas of crawling ivy. We traveled out of Wegerzyn Gardens Metropark and into the nearby woods and creek for some elegant, timeless, truly candid photos.

I can truly say that Angela and Alex are a match made in heaven.  He is the yin to her yang, the north to her south.  They are destined for greatness because together they make each other better.

We are so grateful to have them in our lives. 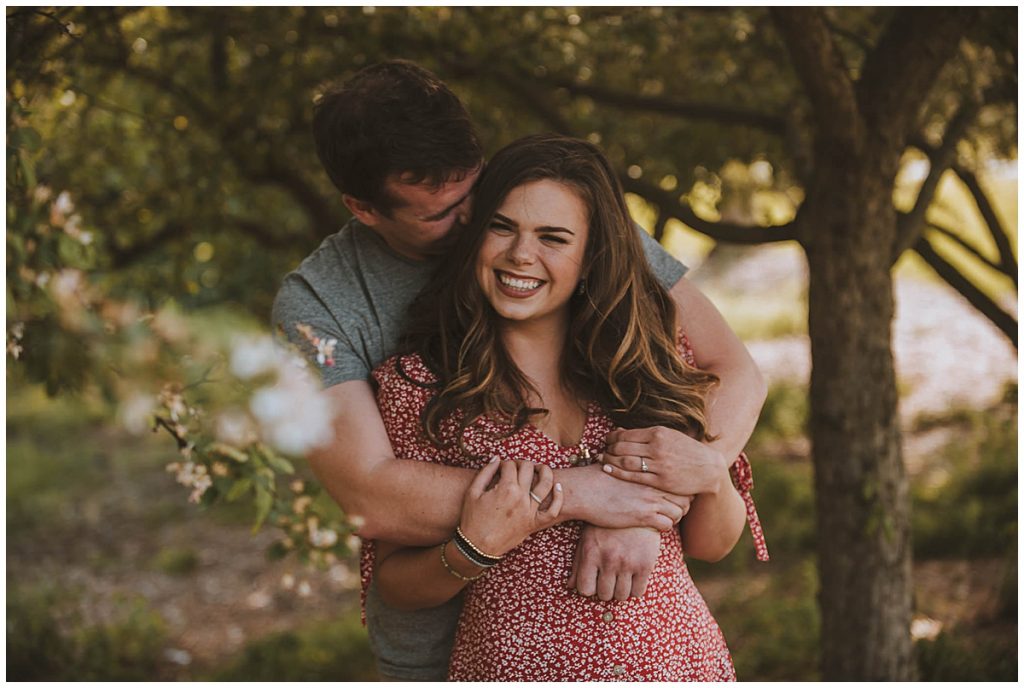 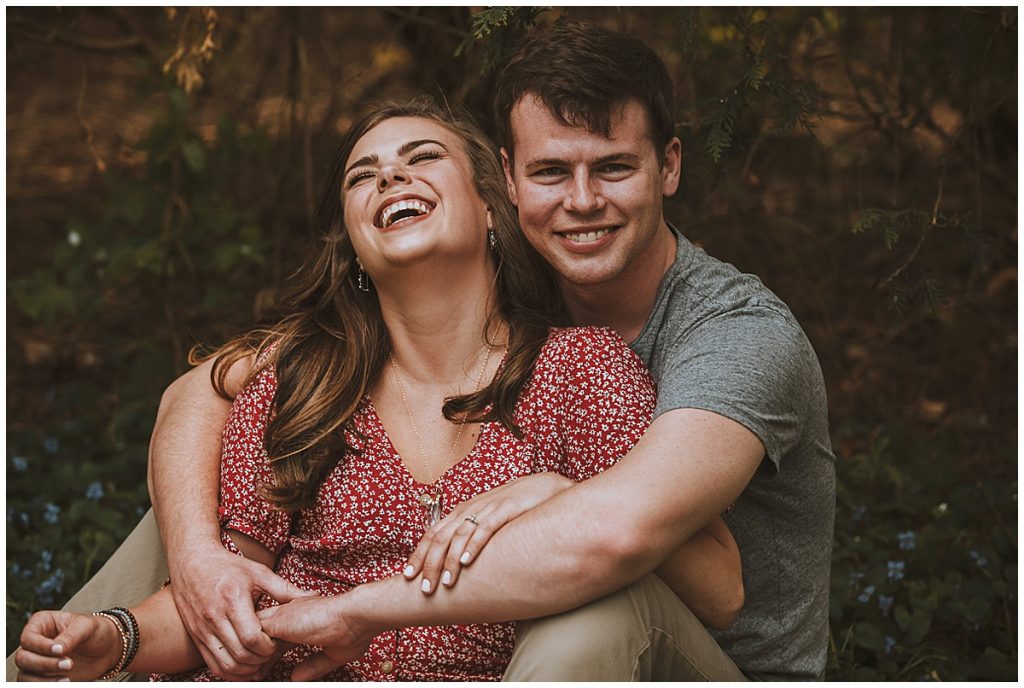 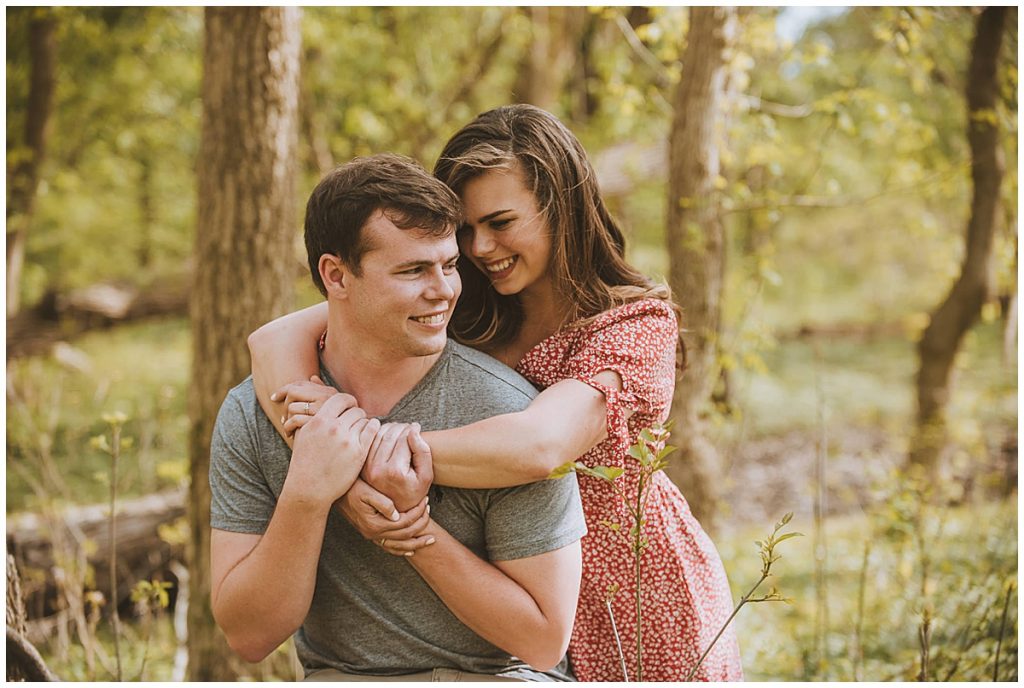 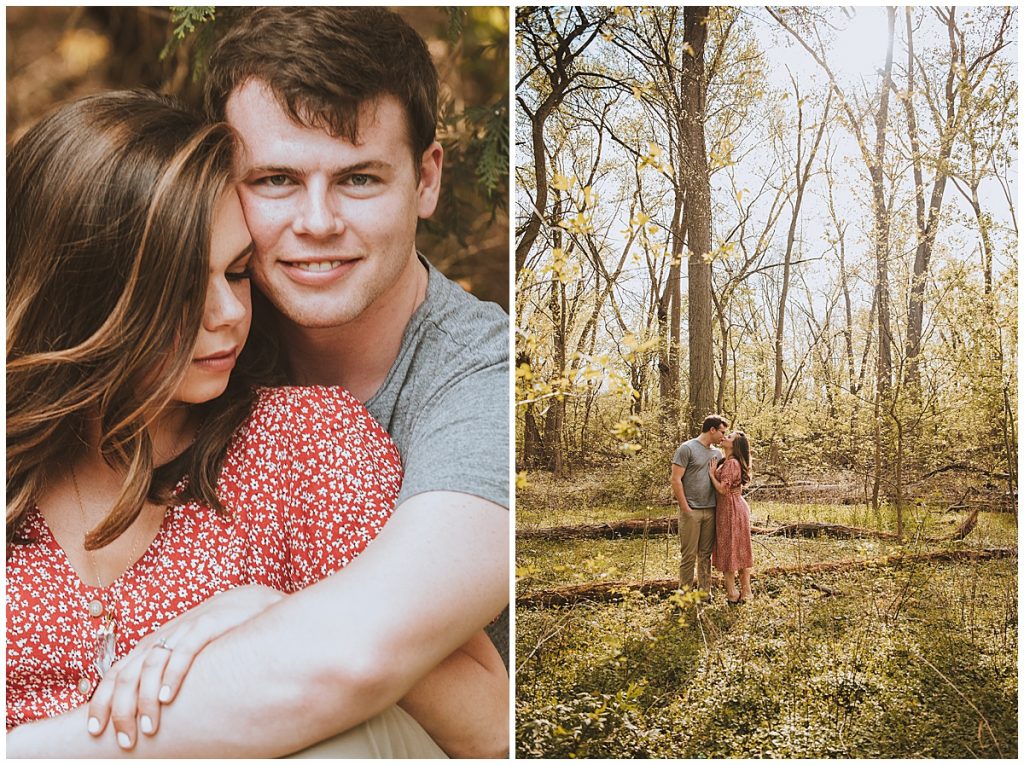 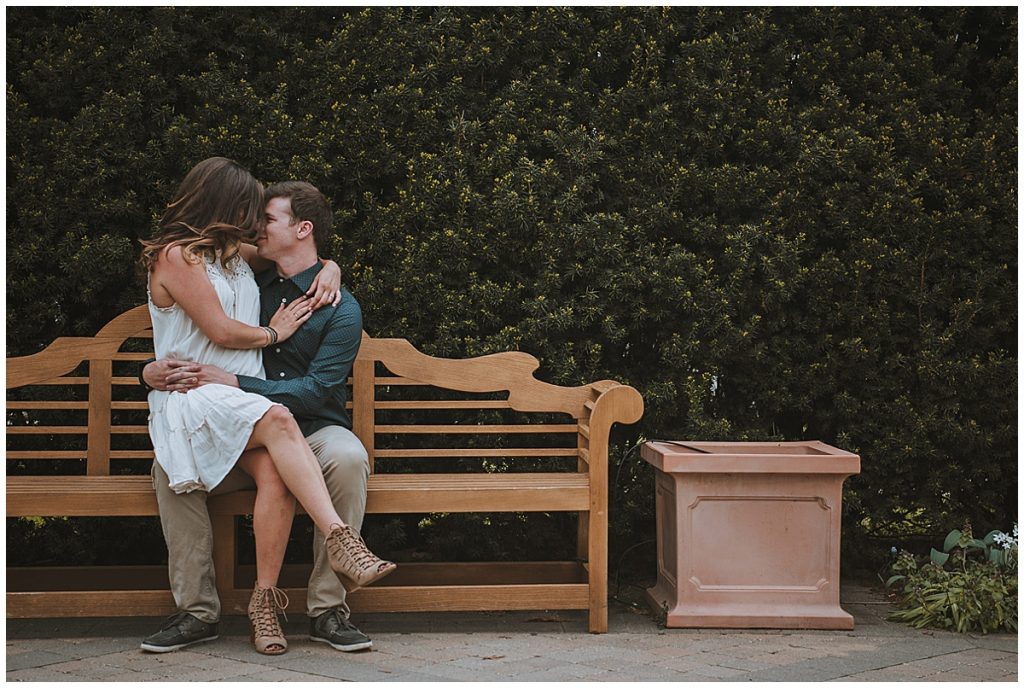 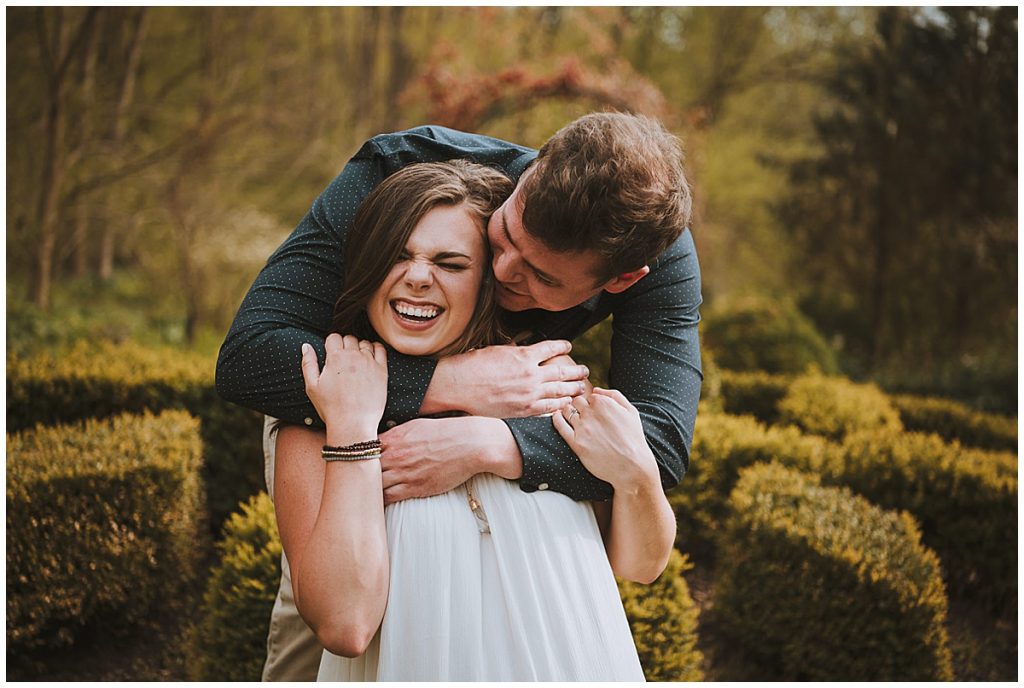 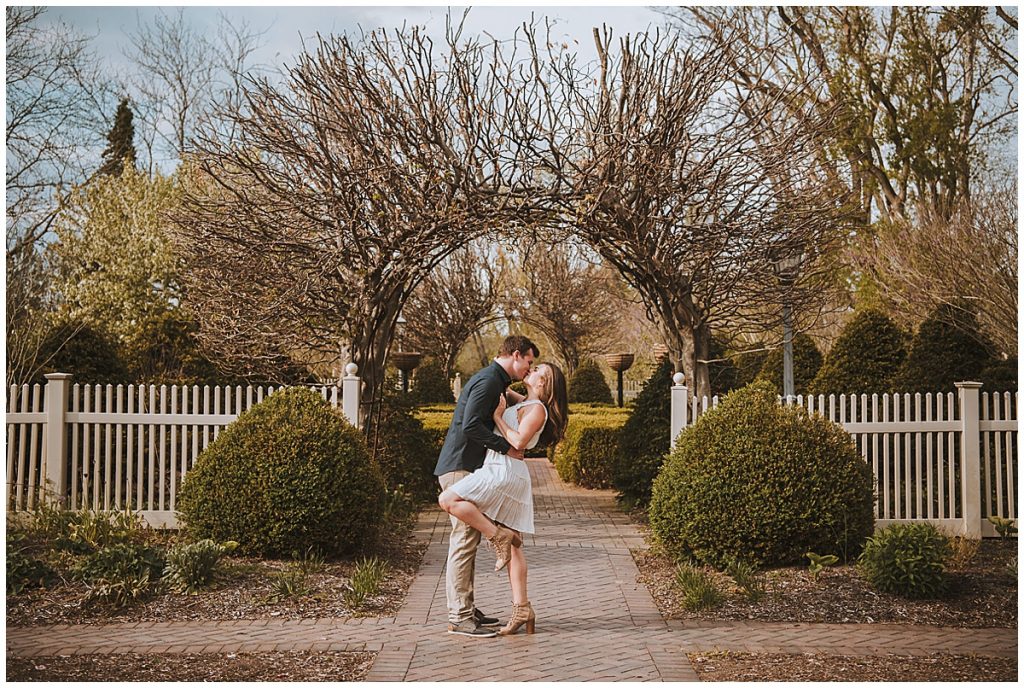 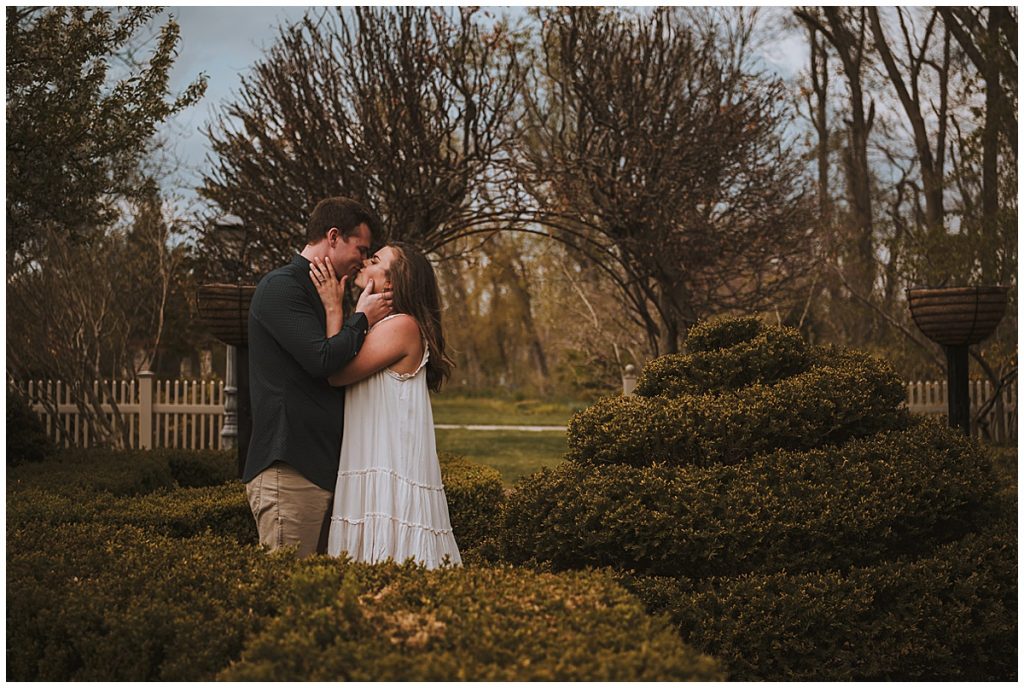 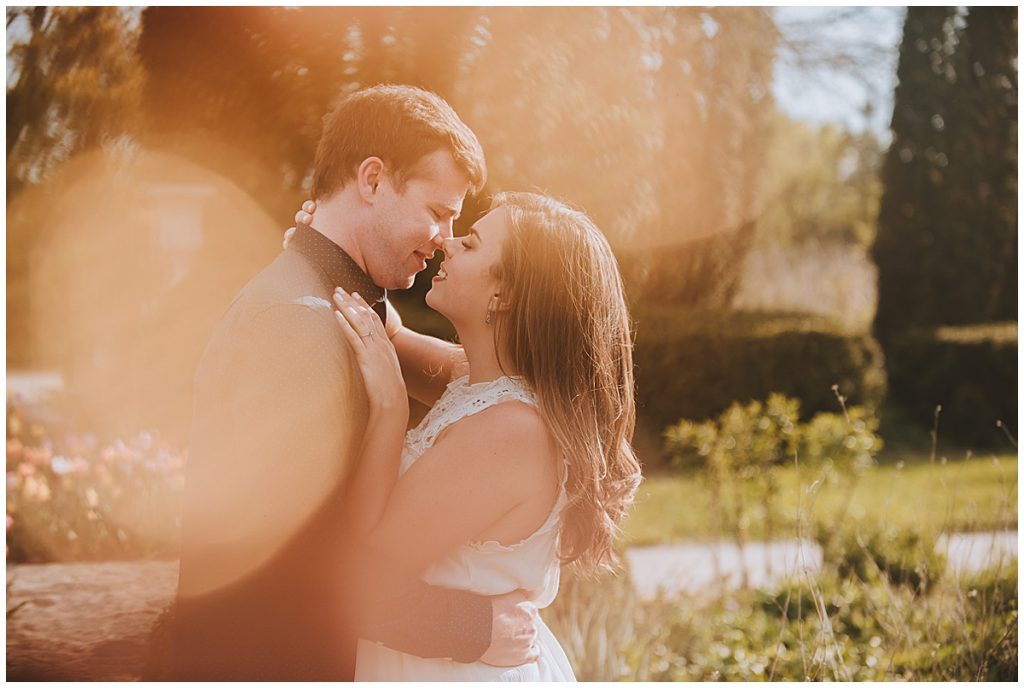 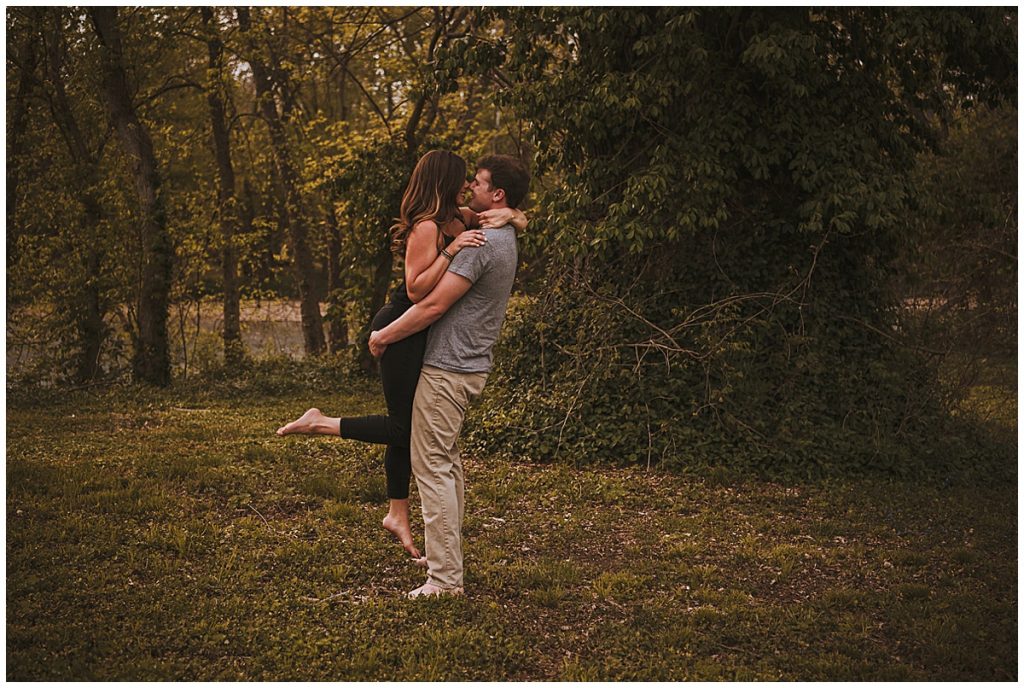 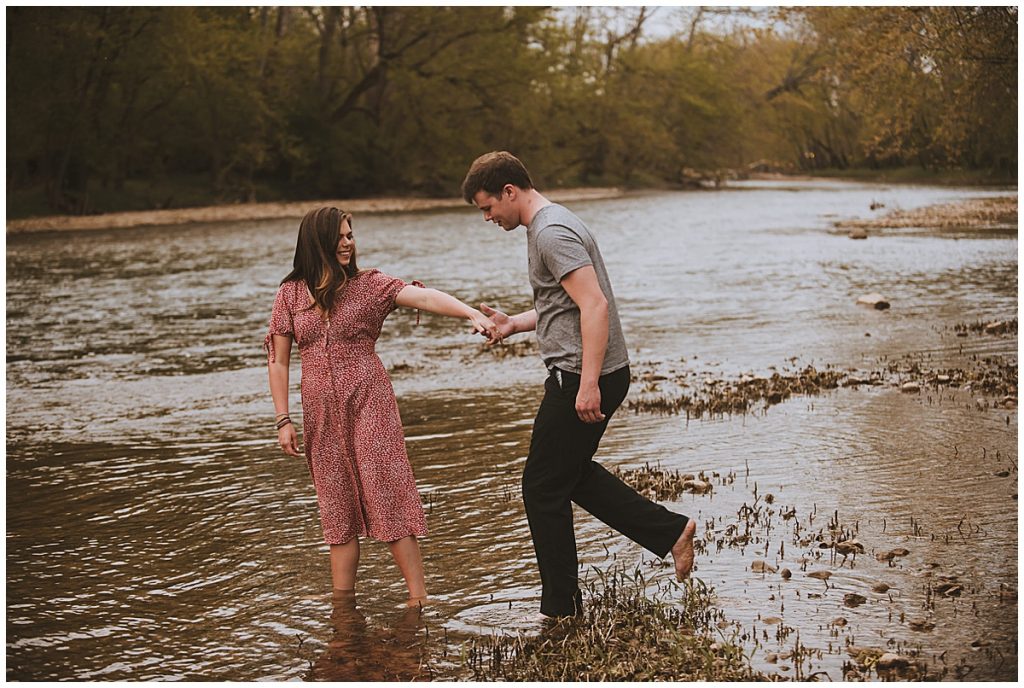 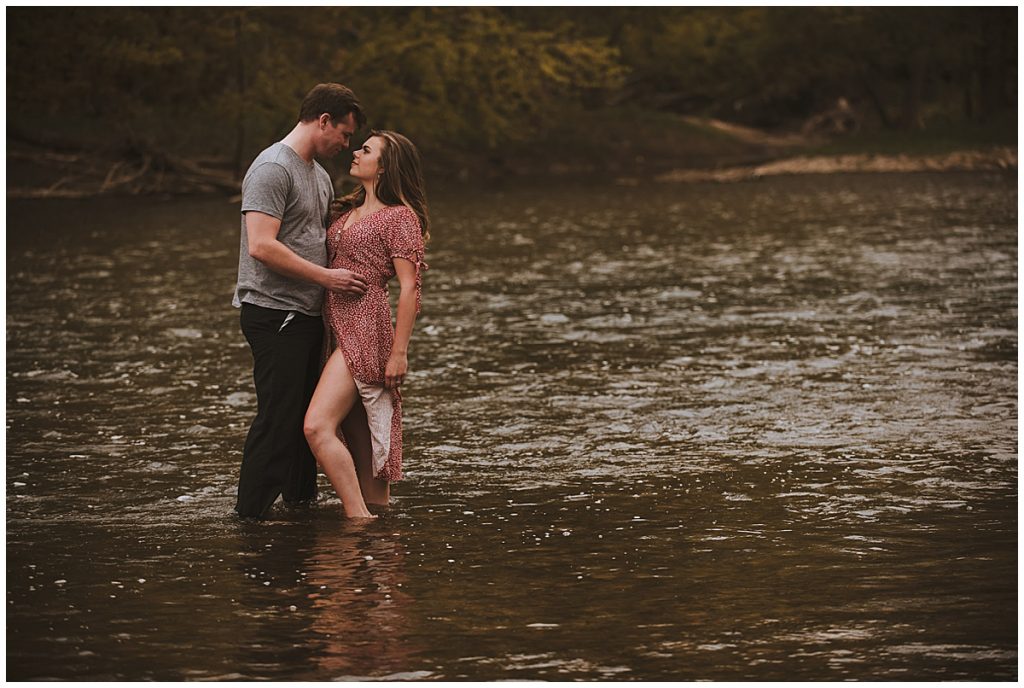 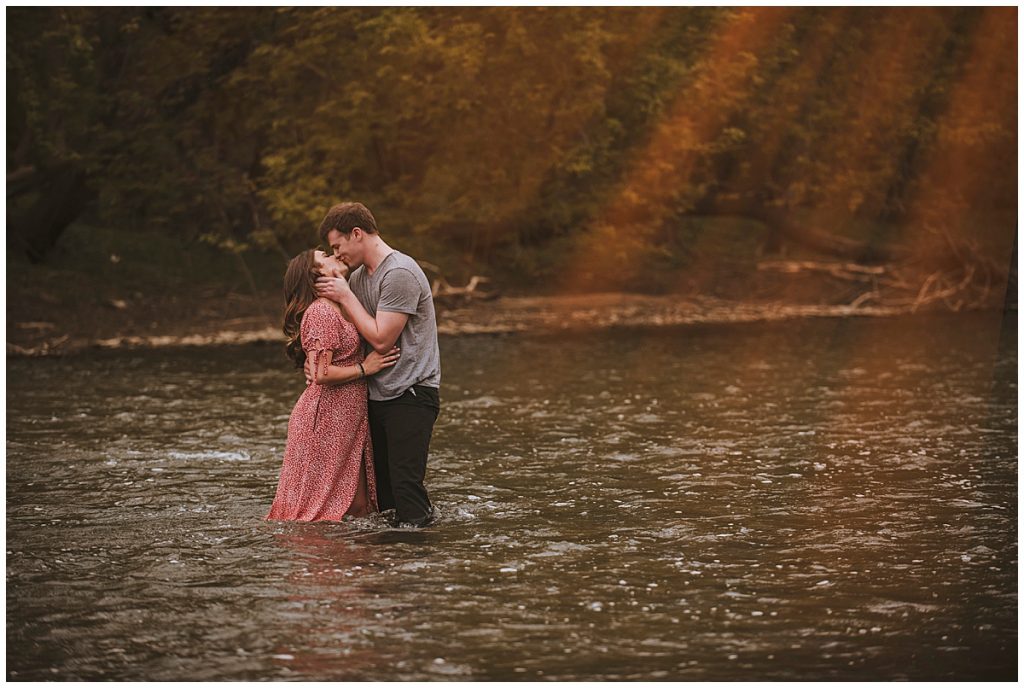