From Shanghai to Beijing China

From Shanghai to Beijing China 2017

Something about me that many people don’t know is that in 2010 I spent a substantial amount of time in China.  Having been chosen by Ada Bible Church in Grand Rapids, Michigan, I was given the opportunity to teach English teachers across Southwestern China how to teach more effectively.

It didn’t hurt that I got to walk the Great Wall of China.

But the biggest change of my life came during that trip.  One of the others who was chosen was Michael Malvitz, a professional photographer.  During our time, he allowed me to play with his second camera body.  I tried to mimic what he did, taking the same shots; never with the same results.

It was from my time in China that I learned to truly love the composition of photos, the elegance and grace of human beings, and I came to understand how timeless a photo could truly be.

When I came upon an incredible deal to travel China for three weeks with Sinorama, I was thrilled with the idea that my husband would get to experience the same welcoming, unique culture I had spent time growing to love.

We began our adventure with a 17 hour flight on United Airlines to Shanghai.  Arriving in the Shanghai airport, we were gathered into our group of 25, then jettisoned directly to the main highlight of Shanghai, The Bund.

The next day was spent walking Nanjing Street, visiting the Shanghai National Museum, and relishing in the fact we were here, the rest of the group went off to a night with the infamous flying trapeze artists.  Crazy enough, one of our best friends was in Shanghai for business, so we met him for authentic dinner of Peking Duck.

We took the High Speed Train from Shanghai to Jingzhou the following morning, spending the majority of our time getting to know two or three of the other families traveling with us in the bar car 🙂

When we arrived in Jingzhou 7 hours later, we were greeted by a banquet filled with dumplings and vegetables native to the area.  The following morning we took a city tour, including a Chinese garden, the first photo you see, which encompassed one of the last forts of the “Chu” culture.  In the afternoon we boarded a riverboat for a five day Yangtze River Cruise.

Once aboard, our first stop was Fengdu Ghost City, a stunning complex of bridges, temples, monkeys and waterfalls.  The lore of the city was told through actors dressed in traditional costumes and elaborate plays.  It really took us back in time.

The next day we visited Shibaozhai Pagoda.  The rock hill this 12 story pagoda is carved into is about 200 meters tall, and according to the legend, the huge rock was a colorful stone left by Goddess Nvwa when she repaired the sky.  Climbing the levels of the Pagoda gave us a real sense of being closer to God and we appreciated the elaborate temple at the top that much more after the steepness of the climb.

The third day we boarded small boats to travel into two of the most beautiful gorges we have ever seen.  Where the Three Gorges Dam draws its name from we explored Gorge Qutang and Gorge Wu.  Heading into the behemoths is nothing like anything I’ve experienced.  The cavern walls are so close together that it feels like you could whisper a secret and it would travel, reverberating into nothingness.  Chris and I hardly took any photos because we were both in such awe.

The next morning, after a tour of the engineering feat that is the Three Gorges Dam, we passed through into the wider section of the Yangtze River. We spent our final day admiring the scenery on our way into Chongqing.  Raging waterfalls flowed into the river, carrying us, and any concerns we had away.

That evening we landed in Chongqing.  Chris and I went out exploring and found restaurants of Irish food for a change in scenery since we’d been eating so much Chinese 😉

The next morning we visited the Chongqing Zoo to see the pandas.   While they were a delight, they were unbelievably lazy, spending most of their time asleep.  We traveled to the center of Chongqing were Chris and I proceeded to get fish pedicures, then headed to the airport to fly to X’ian.

By far our favorite city we experienced, X’ian was welcoming while not being overwhelming. Easy to traverse by foot, we explored the Giant Wild Goose Pagoda, the Bell Tower, shopped on The Ancient Cultural Street of Shuyuanmen and Antique Market, and enjoyed a traditional dumpling dinner with a dance performance.  The whole place was magical.

But then came the Terra Cotta Army.

We spent a thrilling day exploring the excavation site of Xi’an Terra Cotta Army which holds more than 8,000 soldiers. Each soldier appears to have his own individual personality and many are equipped with chariots and horses. There is no describing when you walk into the main mausoleum that houses these giants.  Their facial expressions are all unique and excavation is continuous as they discover more and more fragmented pieces which are then meticulously placed back together.

Chris and I would have been happy had our tour ended there, but we still had a few days left in Beijing 🙂

Upon our flight landing, we were whisked away to the old Beijing Hutong, where we were taken on a ride in a rickshaw.  After dinner Chris and I returned to the Hutong, enjoying the local brews and dancing together in the park. It was a truly romantic moment I won’t soon forget.

The following day, we visited Tiananmen Square.  From the last time I had been in Beijing many things had changed; this is one I truly remember vividly being different.  When I had traveled to China in 2010, we were warned not to mention the massacre of college students that took place in this location.  In 2017, the tour guide was the one fielding questions about it.

Processions of incense–bearing monks frequent the Temple of Heaven; it is where the emperor went to humble himself in prayer to guarantee his realm’s good harvest. We were exhausted from the heat of the day, but not too exhausted to visit the site of the 2008 Summer Olympics.  We fell into bed, exhausted, but excited for our final day.

The next morning we arose excited.  Today was the day!  Chris was finally going to experience the Great Wall of China.  But first, we headed to the Summer Palace to spend our morning.  A stunning array of lilypads, weeping willows, bridges, and pagodas adorn the land around the Summer Palace.  Reserved for the emperor and his courtesans, this location was cooler than the nearby Forbidden City and gave an excellent reprieve from the heat.

Chris and I both agreed that it reminded us of his family’s cottage on Crooked Lake.  There was something serene about the way the wind blew through your hair.  The stillness of the water could soothe even the weariest of soul.  We both relished our three hours there, realizing, yet again, how ridiculously blessed we have been in our lives to do the travel we do.

The Great Wall of China

Our final stop in our China adventure was the Great Wall of China.  Traveling via bus took around 2 hours, but it was well worth it.  By the time we arrived, storm clouds were threatening to ruin our fun, but we didn’t let them get in the way.  Off we went, hiking the insane pathway that is the Great Wall.

A series of fortification towers, the Great Wall’s steps vary in height and length.  This is another form of defense as those who would guard the wall would know which steps were located where, while their enemies would trip having to pay attention to the differences.  The steepness of the Wall should not be underestimated.  We were soaked in sweat by the time we made it to the top.

For those who don’t know, my husband is a physics teacher. His obsession with natural phenomena is a passion, so, to him, the most magical thing happened.

While we were standing atop the highest tower the storm which had been threatening all day finally broke through. Streaks of lightning flew through the sky.  Suddenly, all the hairs on my and his head began to stand straight up.  A flash blinded us as lightning struck the rod above us.

I immediately clamored down the stairs into the safety of the tower, but Chris, he stood on top, letting the rain soak him to the bone, smiling the entire time.  It was the perfect ending to our Shanghai to Beijing trip, and one we won’t soon forget. 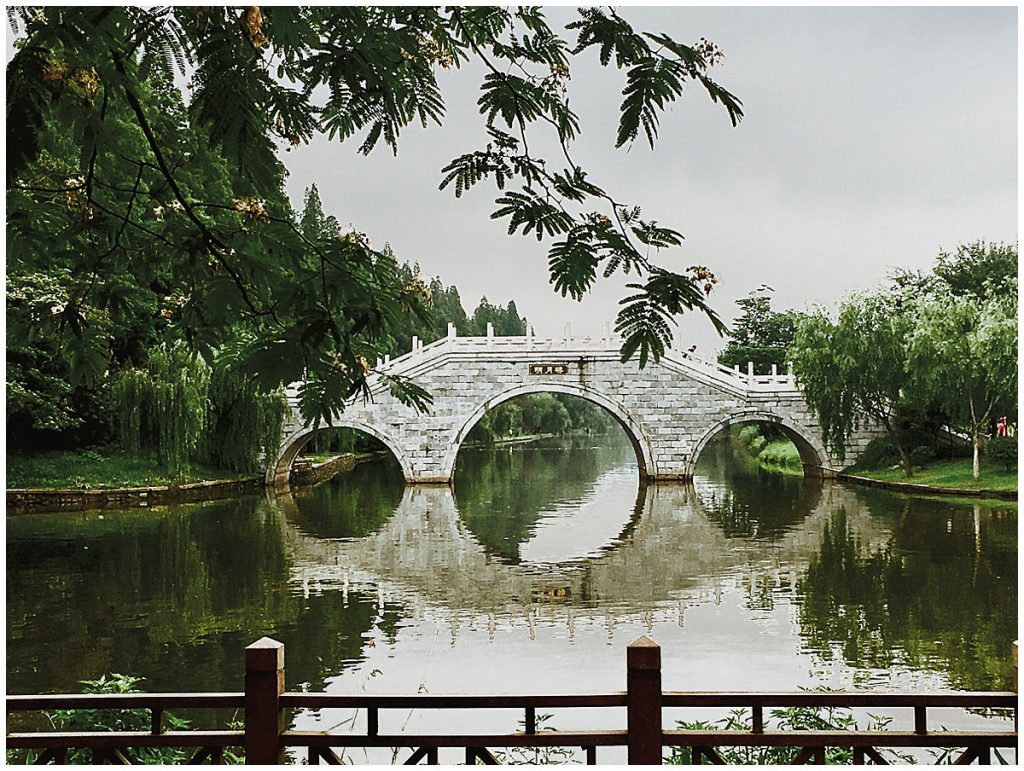 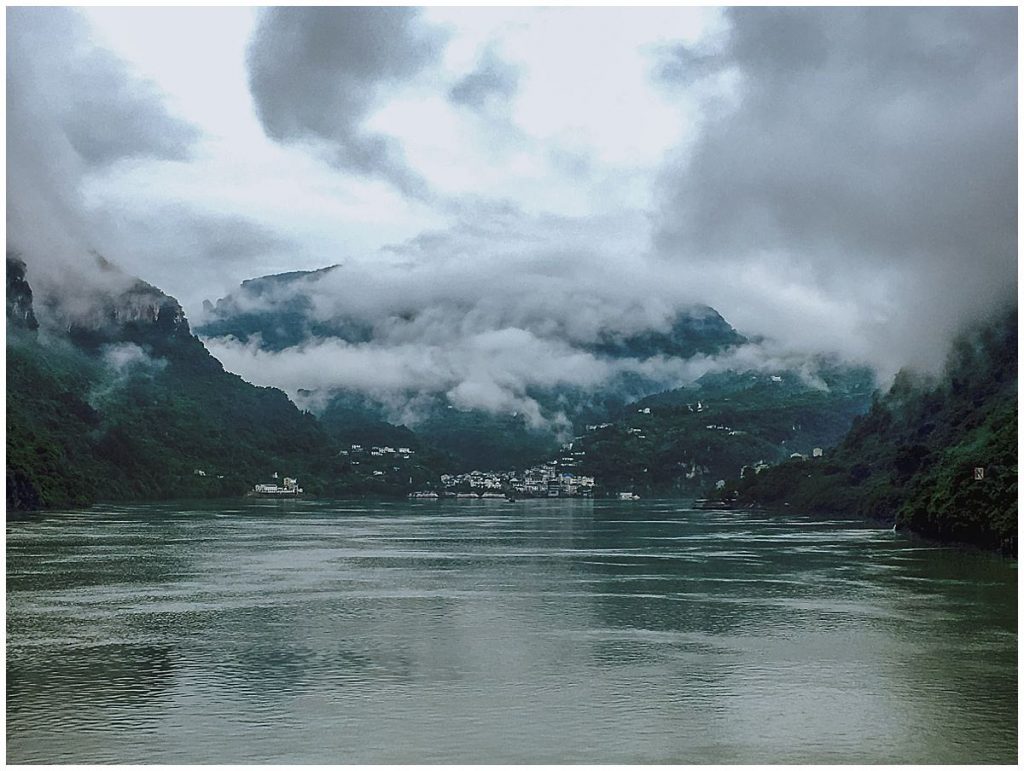 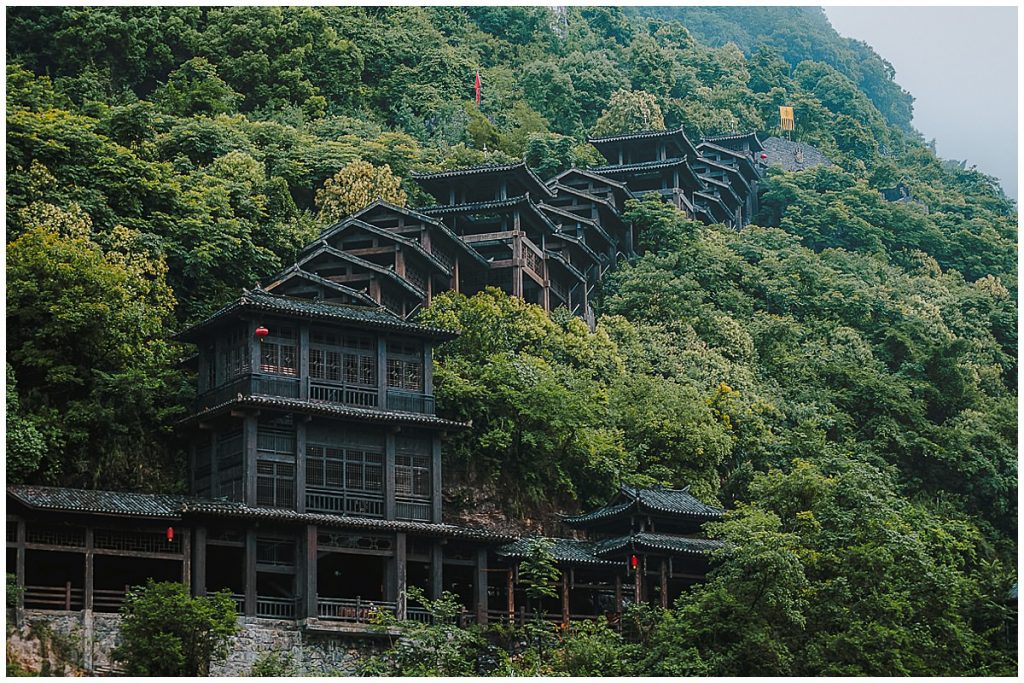 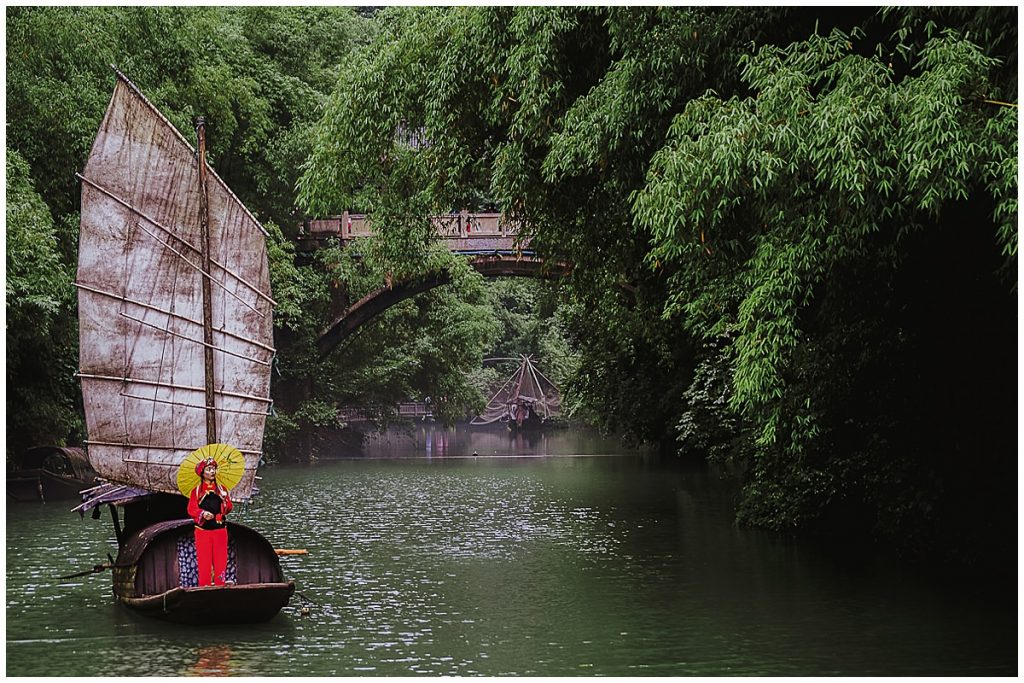 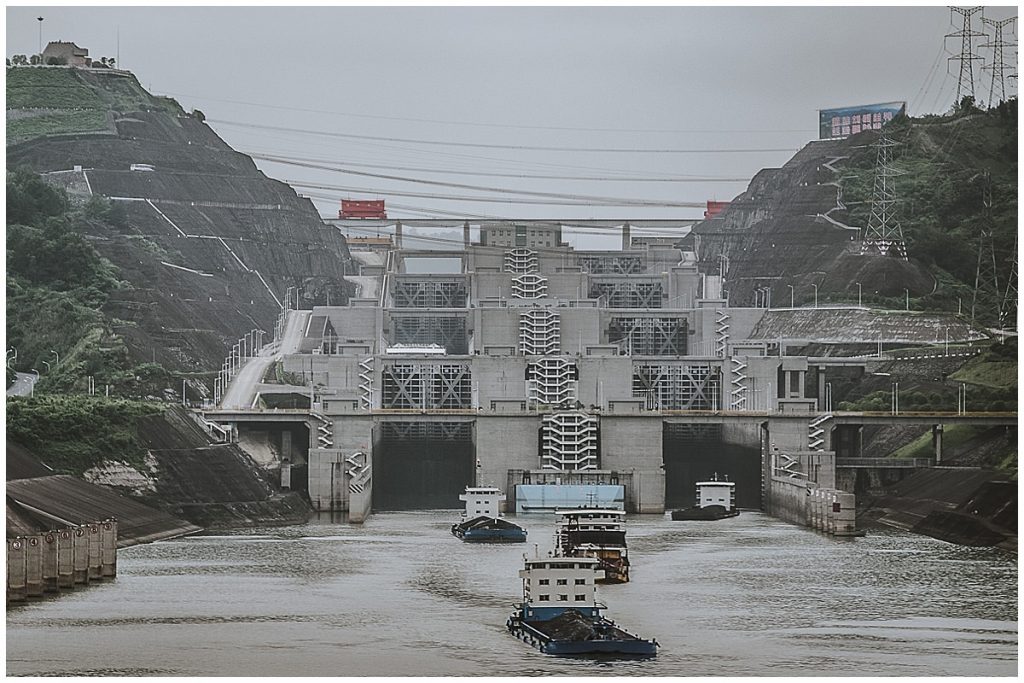 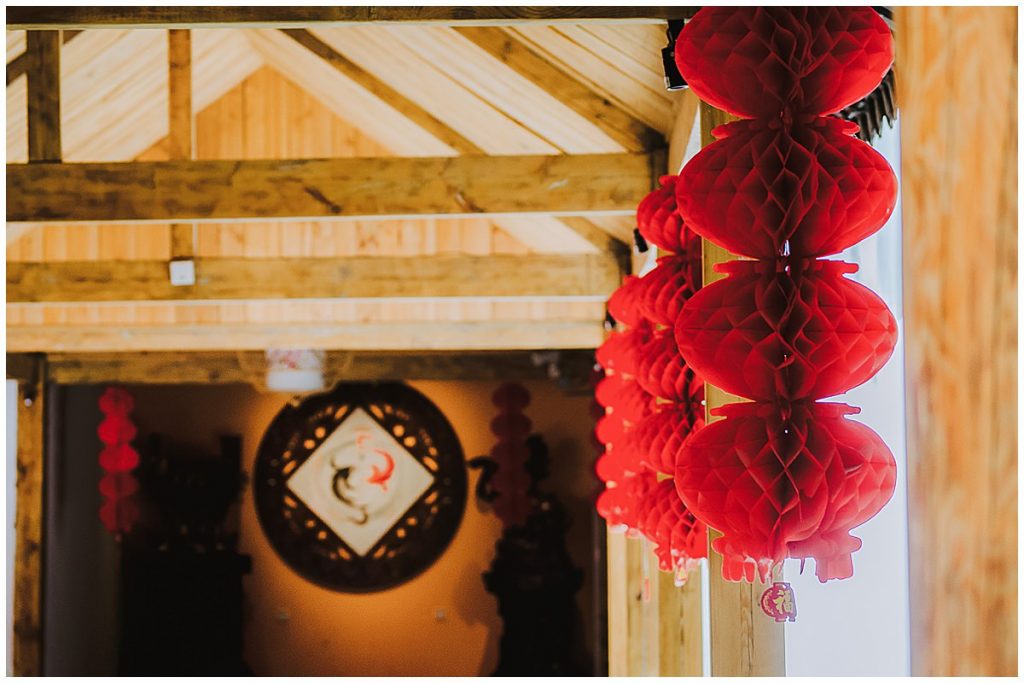 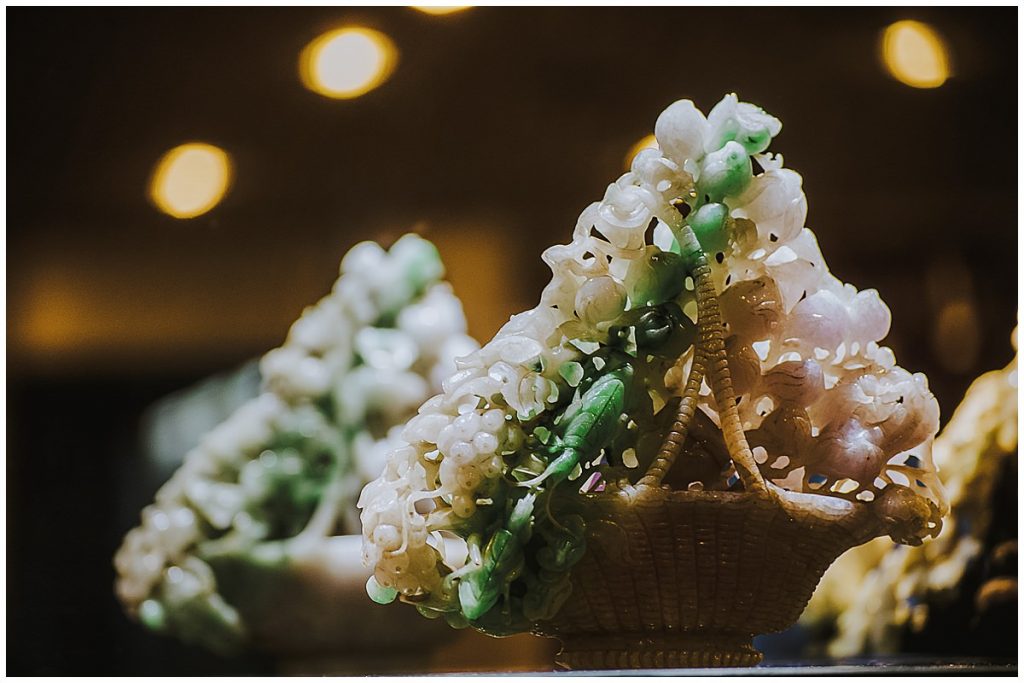 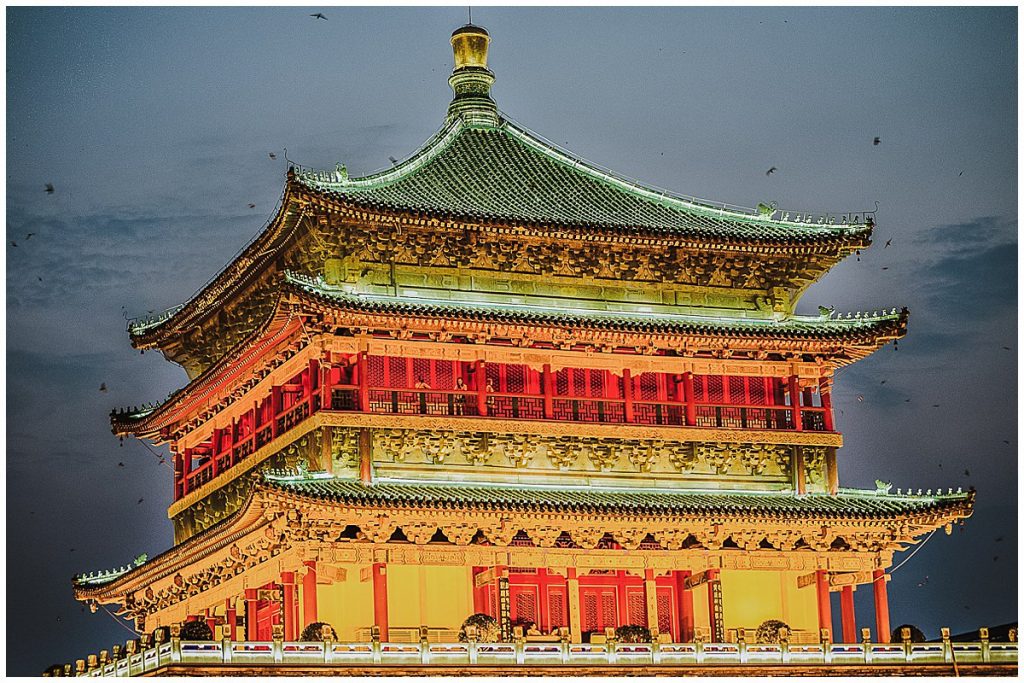 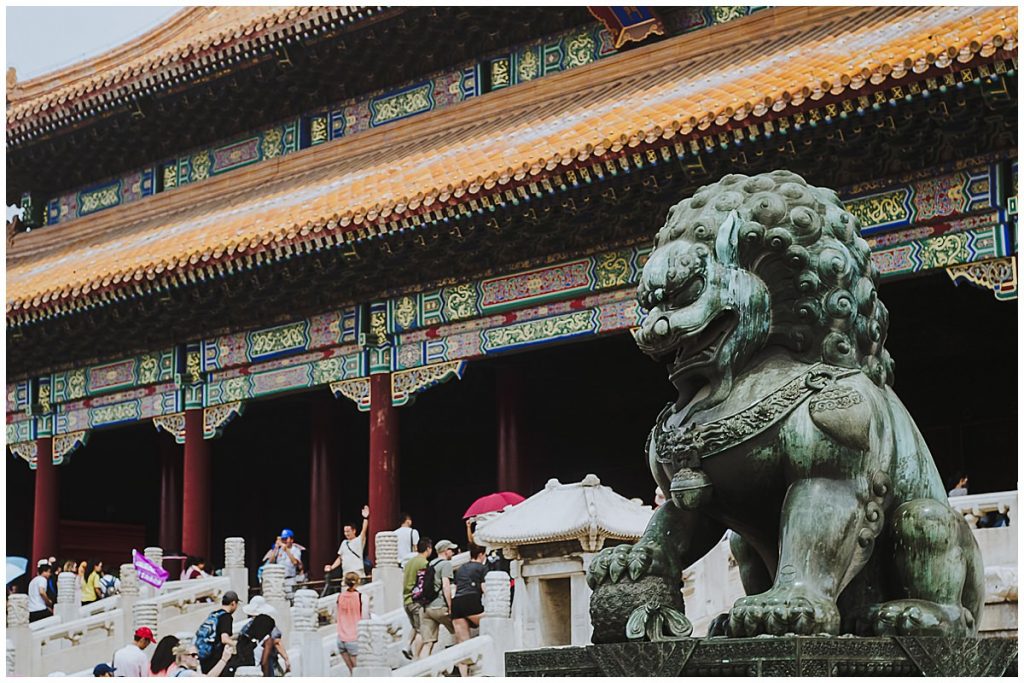 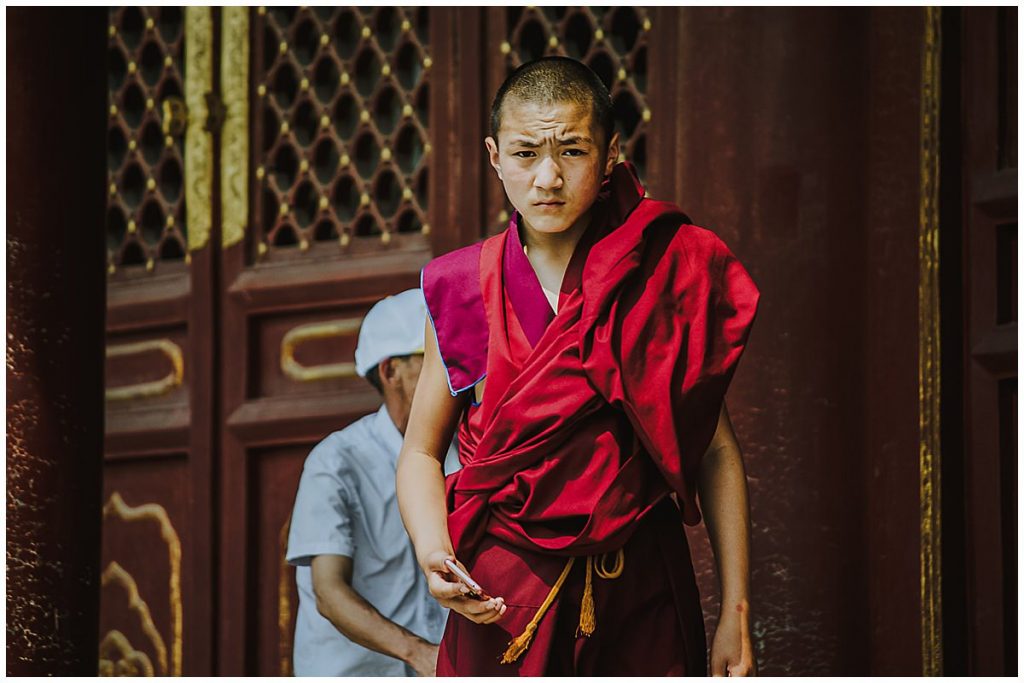 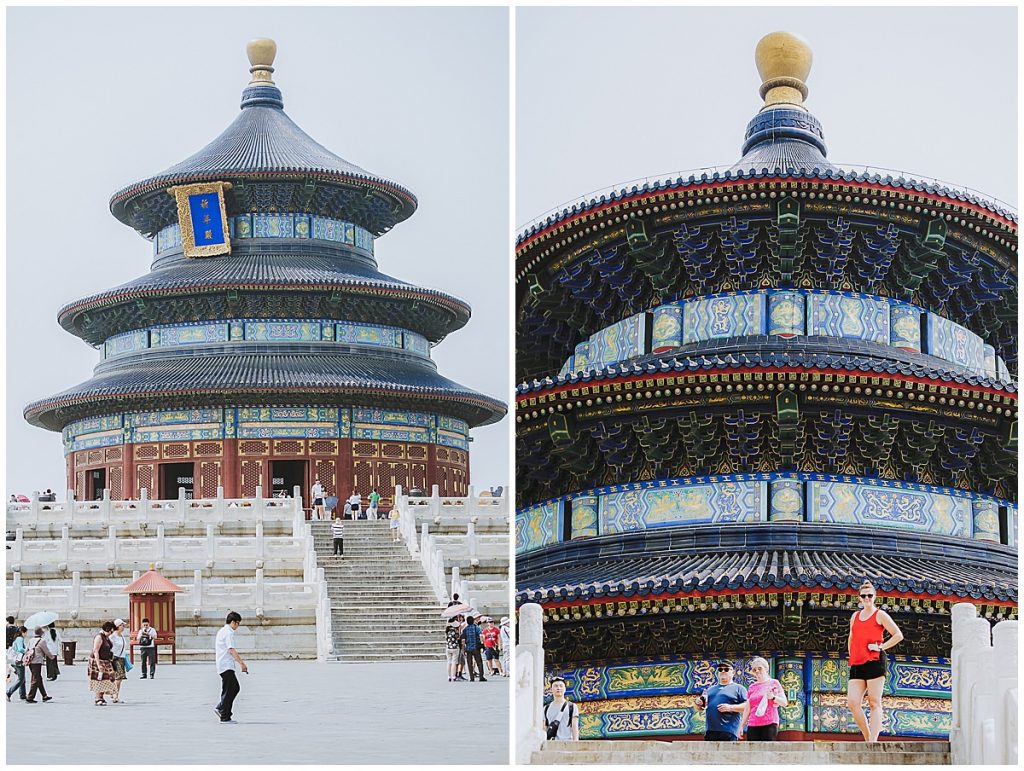 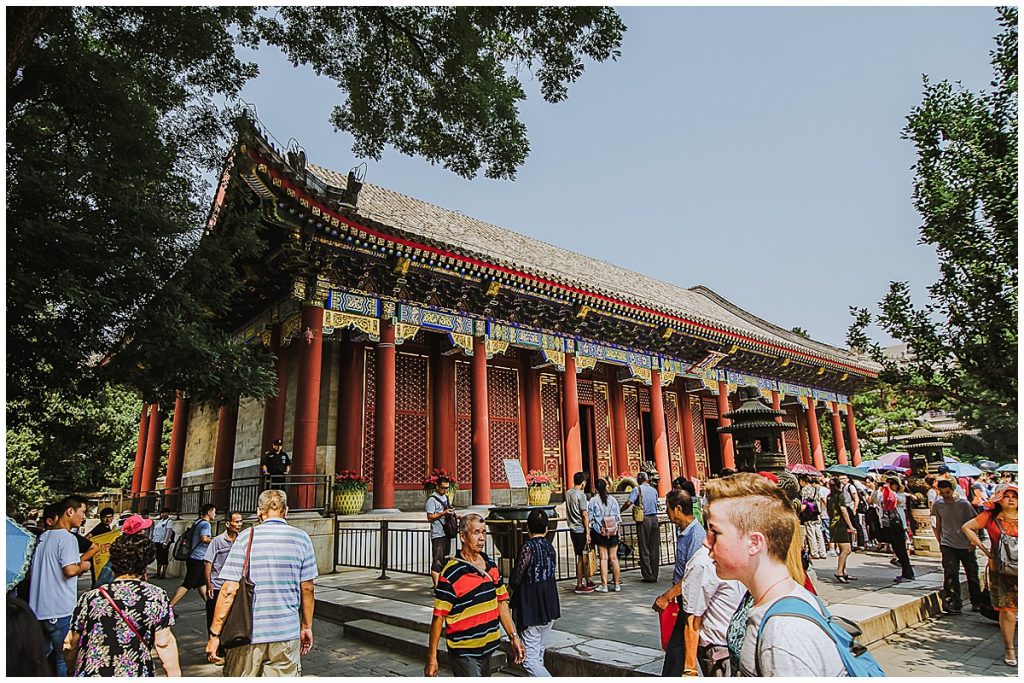 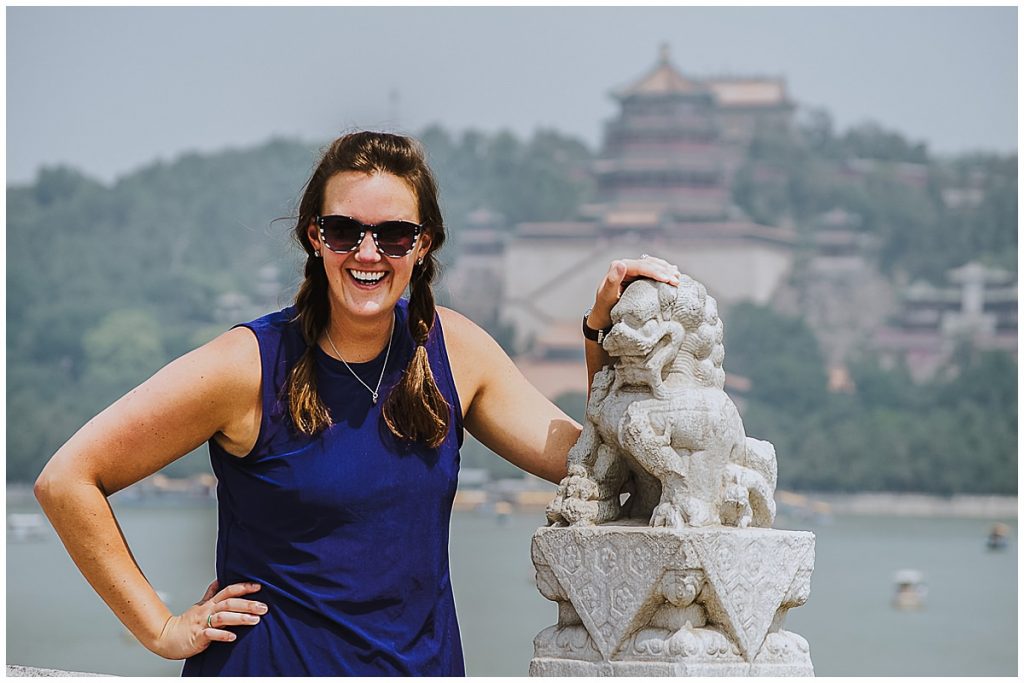 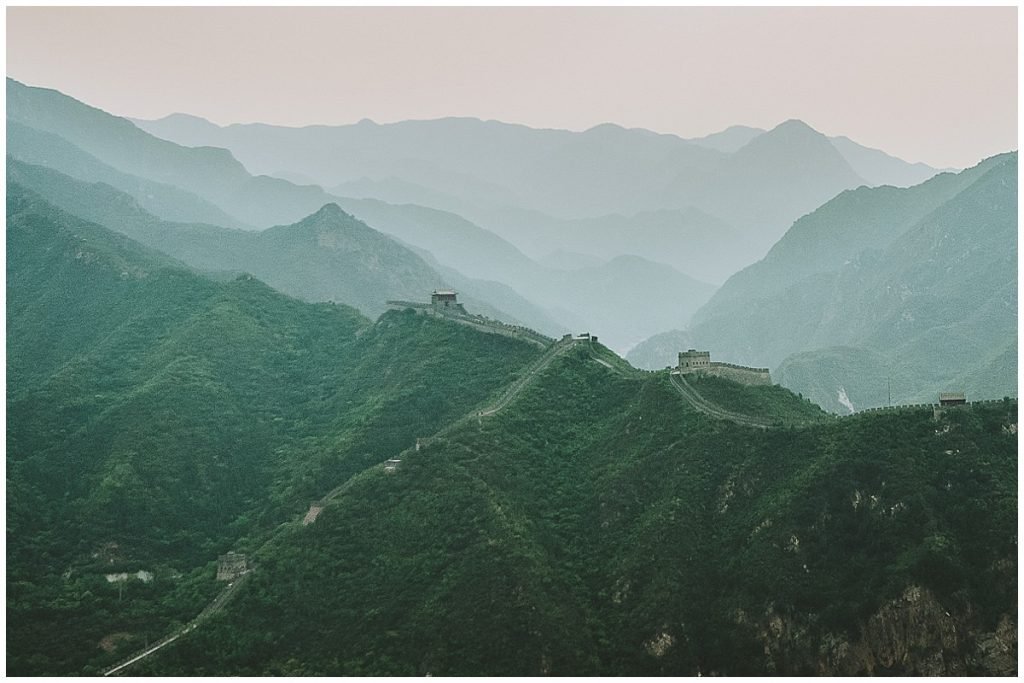 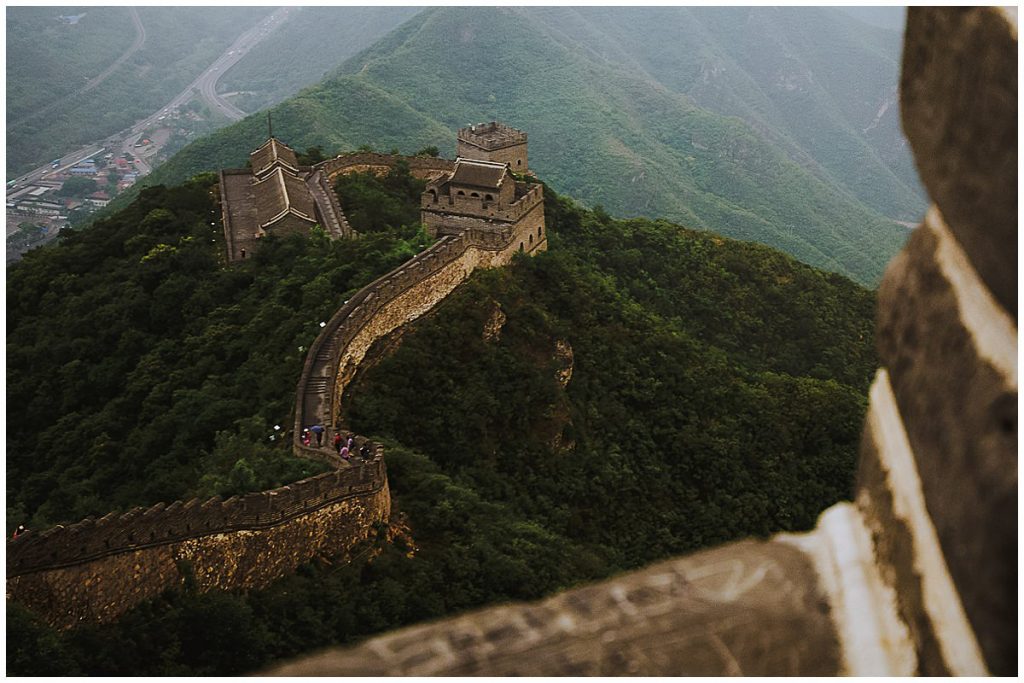 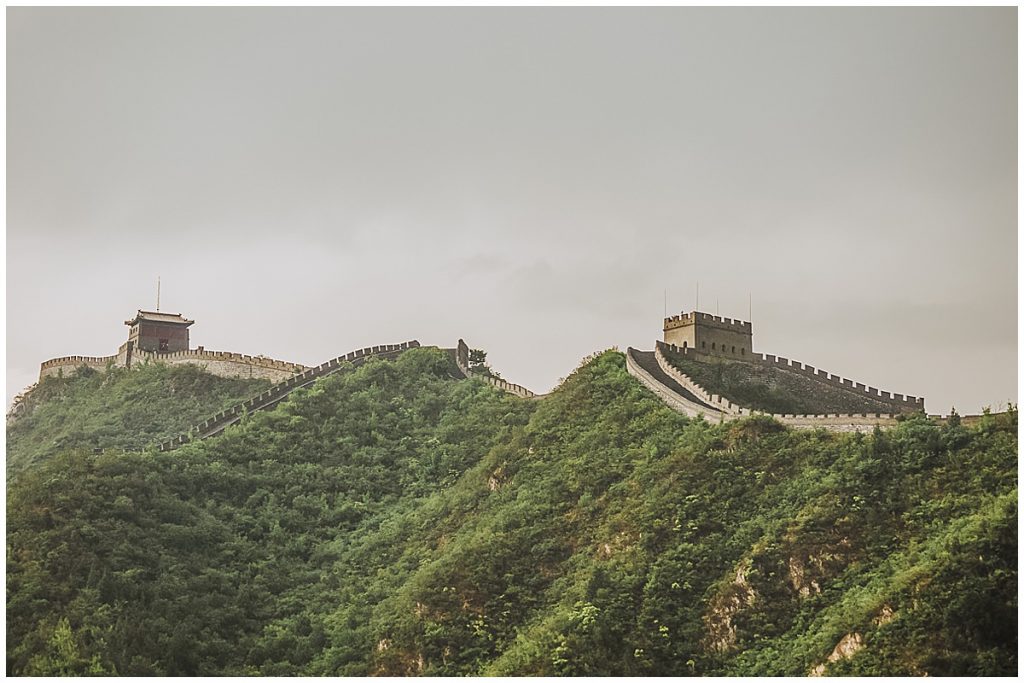