Twin Lakes Park has been called one of the most beautiful areas in Cincinnati. Adjoining to Eden Park, this gorgeous overlook that was once an old quarry boasts of scenic viewpoints, two lakes, walking paths and a footbridge.

It was truly the perfect backdrop for Ashley and Brad’s engagement photos.

You can feel the magic of this couple and when you hear their story, there’s no surprise to why.

We won’t spoil the details, read on to hear in their own words their love story they shared with us here at Green Apple Photography.

How did you meet?:

Brad: When I saw Ashley at the gym for the first time, she immediately caught my attention. I asked my friend who I was training at the time if he had any knowledge about her since he was a bit of a social butterfly. He unfortunately didn’t, so I kept my eye out for her, hoping to one day talk to her. But once I saw her with another man, I wanted to be respectful and made the decision that I wouldn’t try to pursue.

Ashley: Fast forward to a few weeks later. Things didn’t work out with the man Brad saw me with and as I was on the cusp of giving up any attempt at a relationship. One day as I was stretching to end my workout, I noticed Brad out of the corner of my eye, and I also noticed that his friend was not using the best form for his lift, but Brad was looking at his phone and missed it. So began the internal debate.

I typically don’t offer lifting advice except to women, but I wanted to help his friend and I also wanted to use that opportunity to talk to Brad. Did I really want to step outside of my comfort zone to do so? Did I want to risk potentially offending them? As I was getting up to leave, something, and to this day I will never be able to explain what, pushed me to just do it.

So, I did. I went over to them, I offered my bit of advice, we all got to chatting and Brad invited me to join them in lifting some time. Our mistake? No exchange of phone numbers happened.

Well, since I had no way of contacting him, but I knew that they went to the gym later than I did, so I stayed later and later, hoping to run into him again. No luck. A week went by, I didn’t see him. I went on vacation, so he never saw me. But eventually, luck would have it, we both ended up back at the gym at the same time after my vacation.

When/where did you go on your first date?

June 28, 2019 (no, we didn’t remember off the top of our heads, we totally had to look it up) but we went to the Burning Man exhibit at the Cincinnati Art Museum. I (Ashley) will forever kick myself in the butt for saying no to some women who asked if we wanted our picture taken together after taking theirs for them. I was nervous and I didn’t think he’d be interested so I just blurted out no. Fail.

Tell me a bit about how you fell in love?

It was in the moments shared and the comfort we felt being around one another that slowly led us to opening up our hearts until one day we unknowingly gave them away to each other.

How did your fiancé propose?:

Months prior to our 2 year anniversary, after having gone to Disney World in September for Brad’s birthday, he kept mentioning little details that were making him “miss” it and how we should go back sometime soon. I fell right into his trap and suggested that we go for our anniversary, his words, he “baited and hooked me.”

On the day of our anniversary as we were headed to Magic Kingdom, with many speculations from friends that this trip would be the one, I thought for sure I was going to tell based on how he was acting. Nope, not one bit. Although, there was a moment where he got “lost” while I was getting LeFou’s Brew for us saying he was trying to find the bathroom even though I had pointed out the one right around the corner. Suspicious, but I didn’t think too much into it. So, we roamed around the park, enjoying each other’s company, enjoying the rides, and we even sat down and managed to get through an entire meal at Cinderella’s Royal Table with still not a hint of what he was planning. Eventually, I started to think that maybe he wasn’t going to do it that day, in which case, I had no idea what grand idea he might have had in mind.

And even though we had already gotten our pictures taken in front of the castle, we found another spot we wanted some taken from, and that’s when Brad determine “now’s the time.” So after having a bunch of photos taken by the PhotoPass photographer at the park, Brad asked for just one more. That’s when he pulled me in, kissed me, told me loved me, said my full name, got down on one knee, in which it was full-on waterworks for me, and even before he asked, I was already nodding my head through the tears. And the rest is history.

As for that moment that he got “lost” earlier in the day, it turns out he was trying to scout out the perfect spot and see if he could get an area cleared of people. Unfortunately, not something Disney could muster up some magic to pull off for him, but the moment, the spot, the man of my dreams, that was all I needed anyways.

Where/when did your fiancé propose?

July 20, 2021 at Disney World on our 2 year dating anniversary. And yes, we had the castle in the background.

What are you most excited about for your wedding?

Well, of course, we both had the same answer. Marrying the man/woman of our dreams. Cheesy right?

If your love story was a movie what would you title it? Little Did I Know

Describe your relationship in 5 words? Everything I’ve ever dreamed of.

What is something that means the most to both of you? Each other.

What is your favorite thing about your fiancé?

Brad: Her heart
Ashley: He brings out the true me

How have you grown as a couple since you started dating?

Learning to communicate in a healthy way, which we both previously struggled with, has made our relationship flourish to a capacity beyond any previous relationships we’ve experienced.

Favorite Quirk about each other?

Brad: the goofy noises she makes
Ashley: when he smells my hair to soothe himself

If you could spend 24 hours with your fiancé, what would you be doing?

First, when we wake up, there would be a lot of cuddles, primarily consisting of me being the big spoon for Brad. Once we get out of bed, ideally, we’d be able to go hiking and exploring somewhere in the mountains. Which would then be followed by some kind of take-out meal that we’d enjoy while watching a scary movie before switching into some video games. Our day would end much like how it started, with lots more cuddling in bed. Ultimately, it doesn’t really matter how we spend our 24 hours as long as we spend it together.

When do you feel most loved by your person?

Brad: when she helps me through difficult times
Ashley: there’s a particular way that he hugs me and when I bury myself in his chest, all I care about is being in that moment.

What vendors did you wear or use for your engagement outfits?

A mix of clothes from Amazon, Macy’s, Kohl’s and whatever was in our closet. 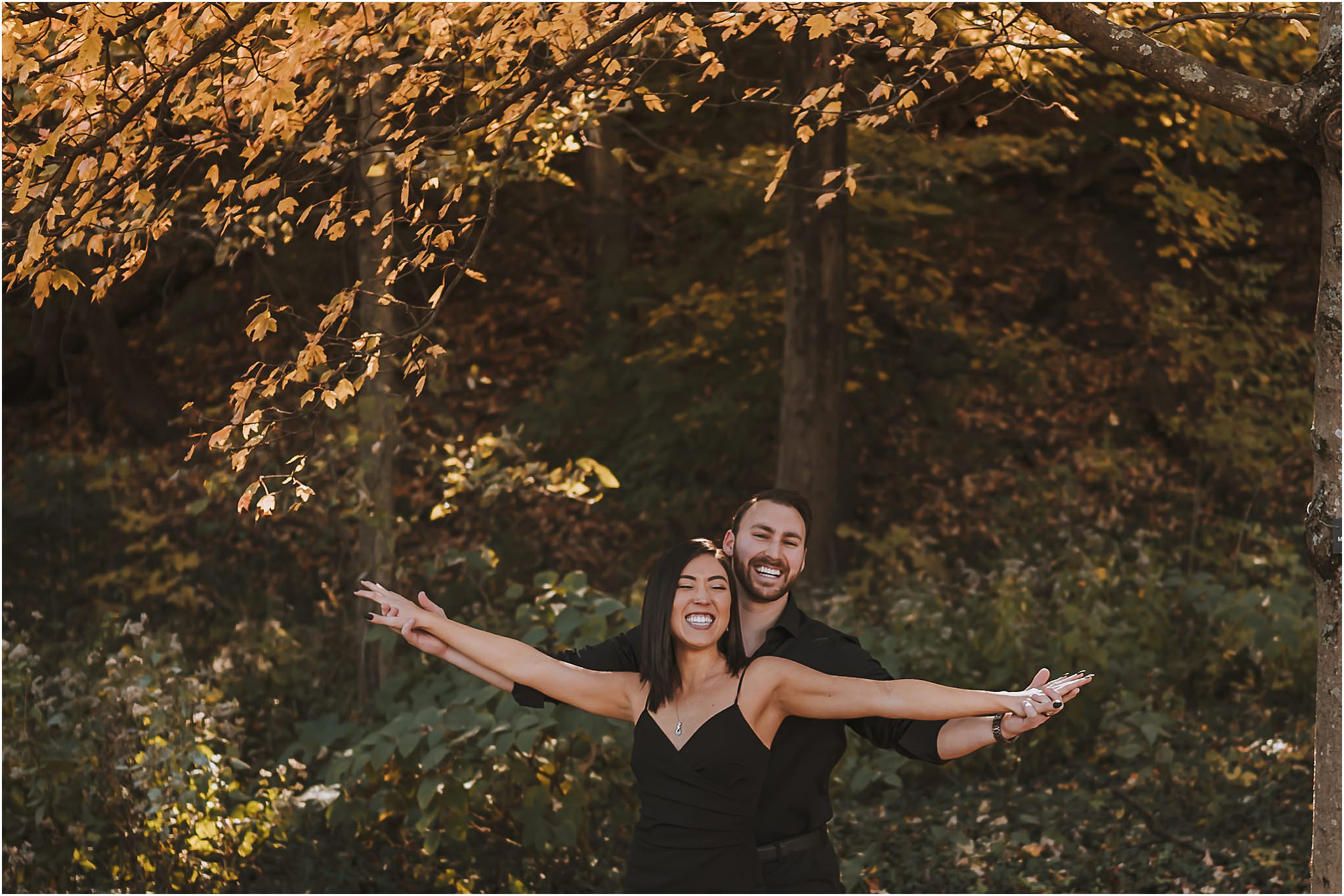 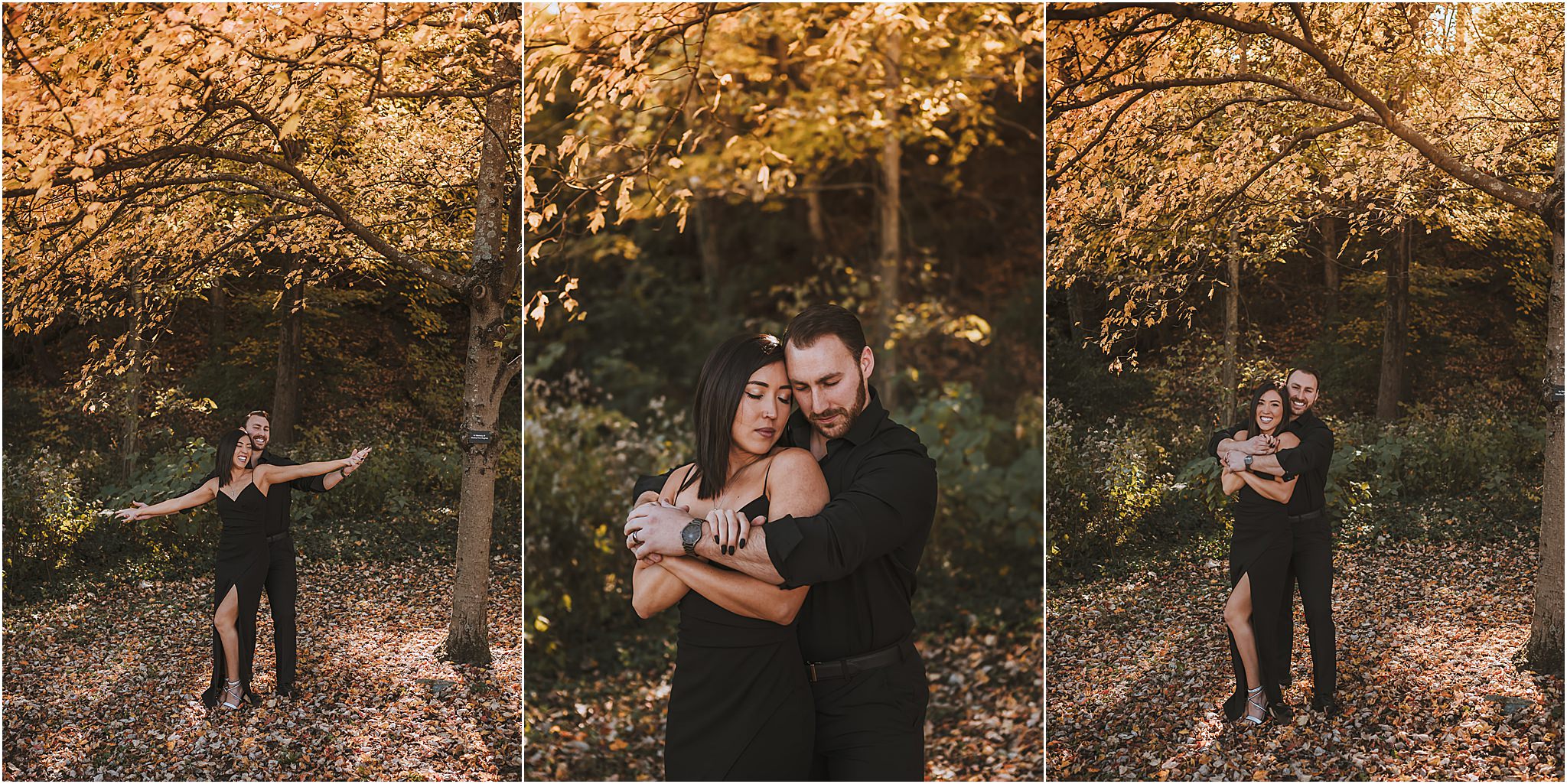 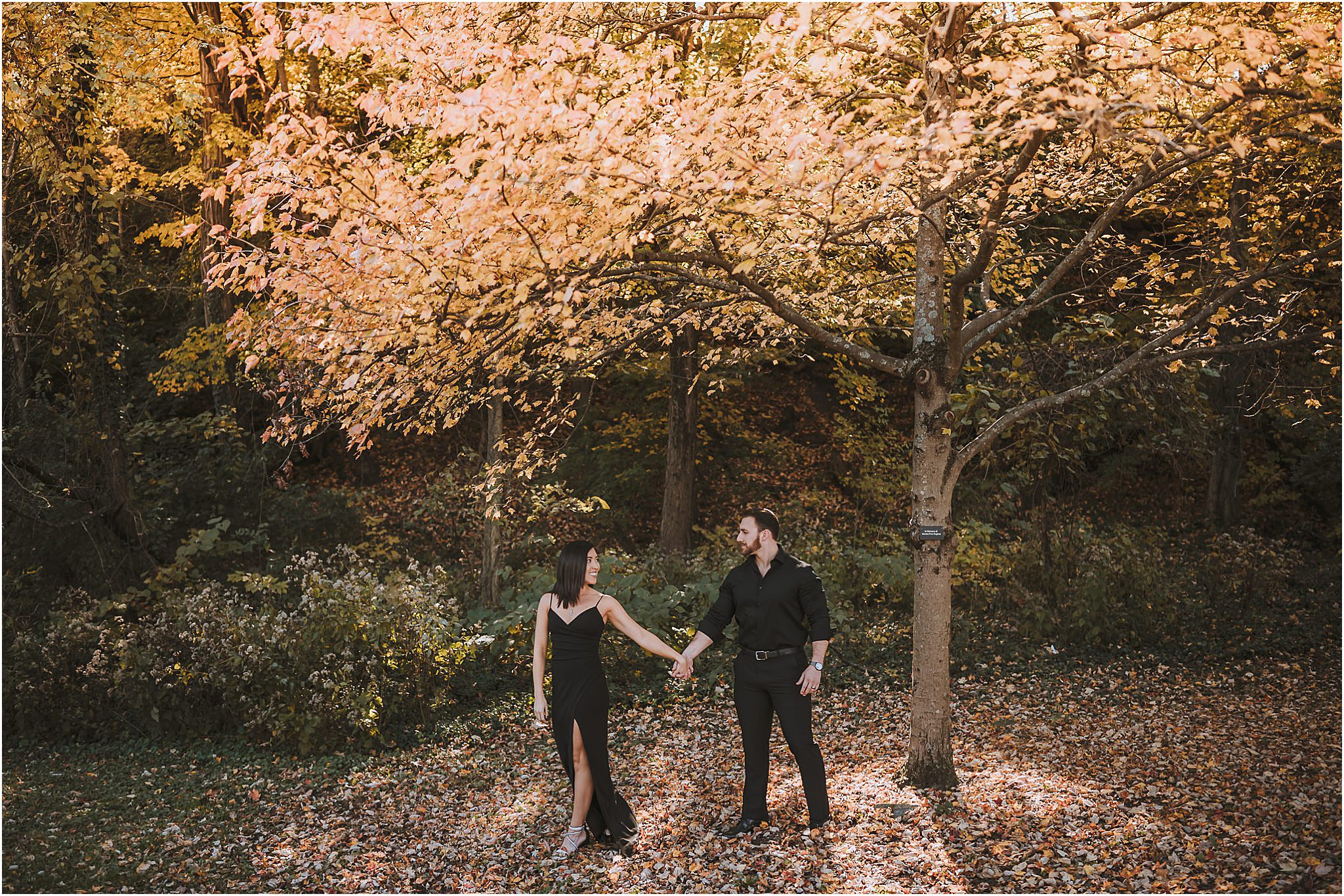 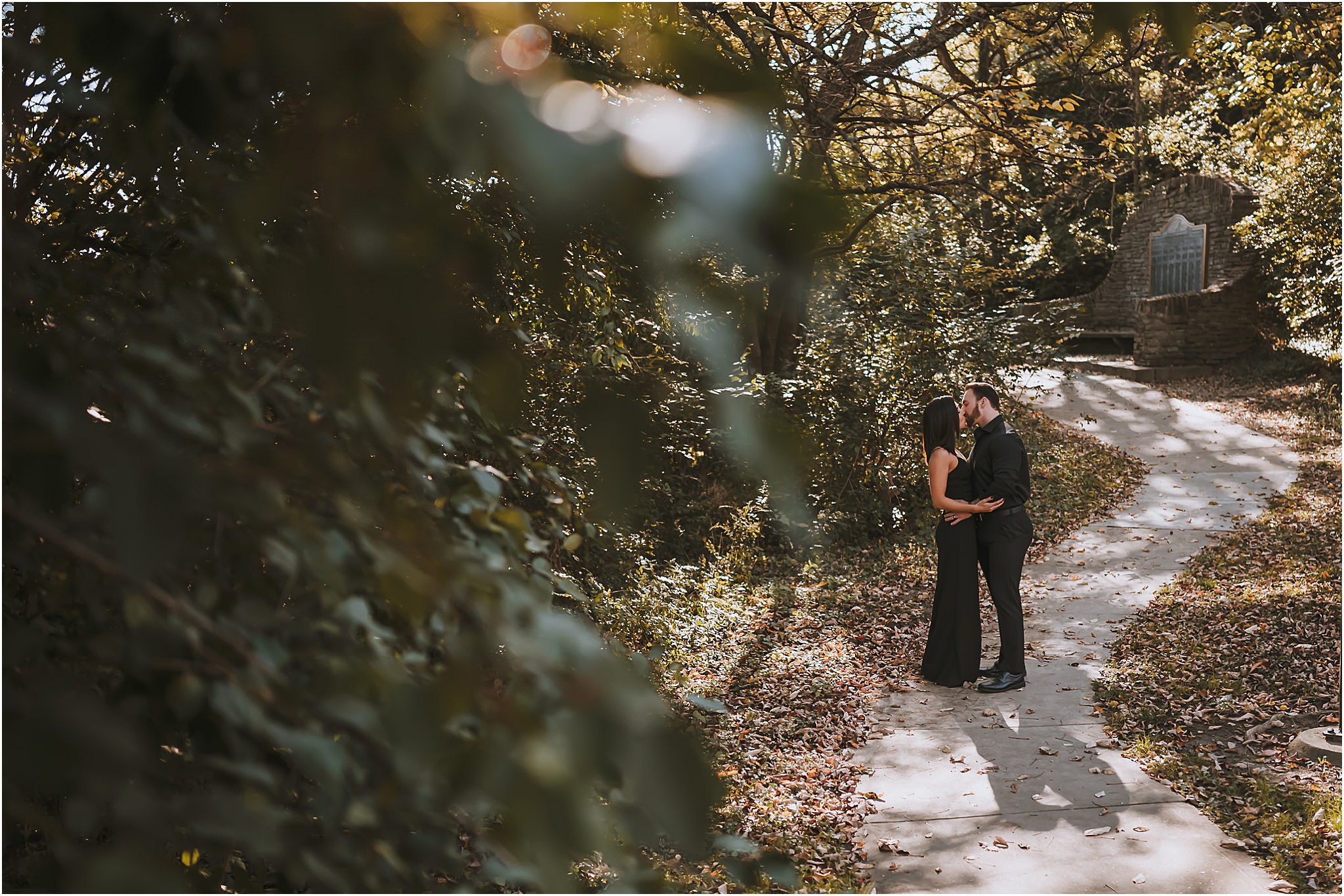 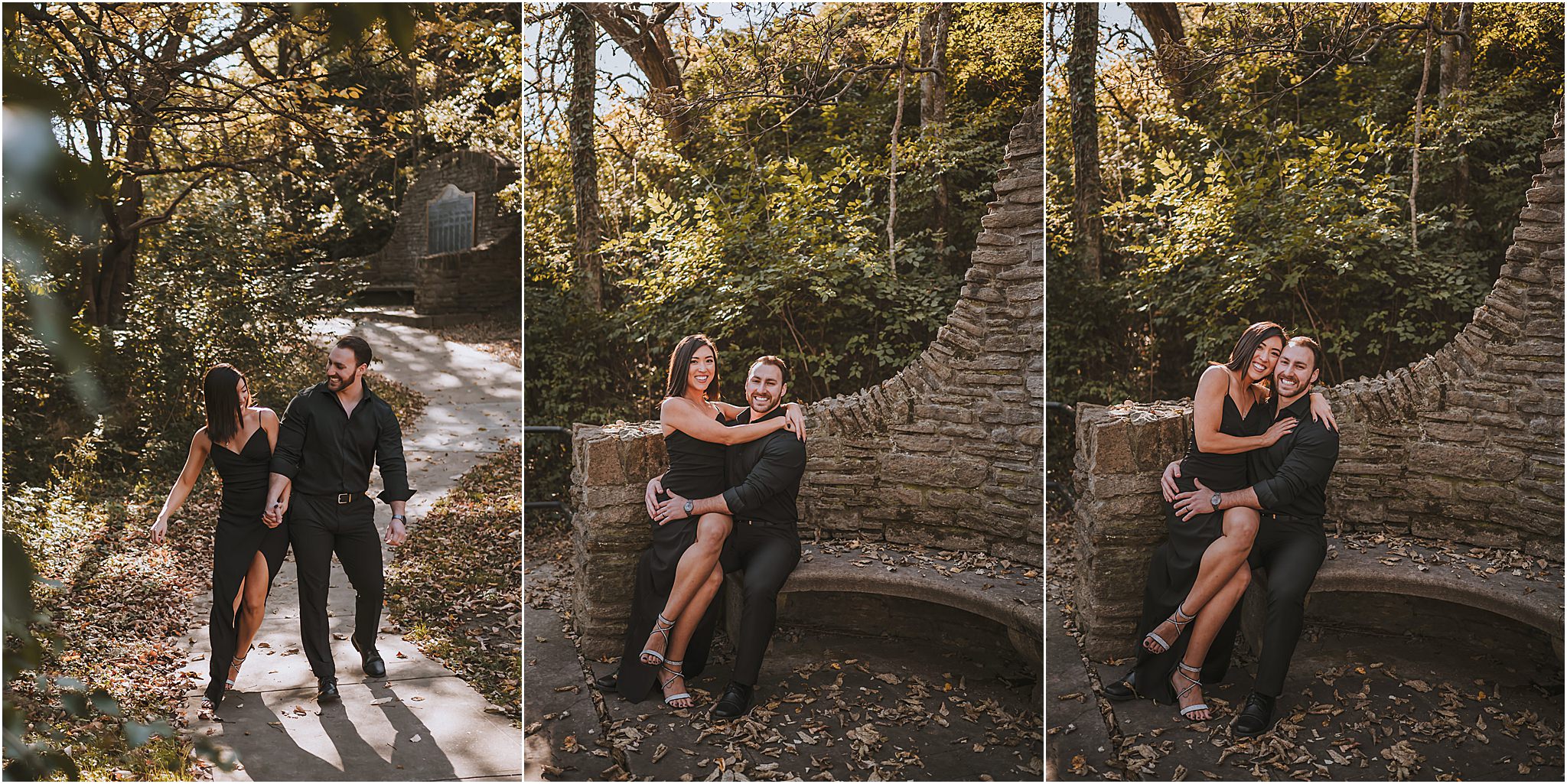 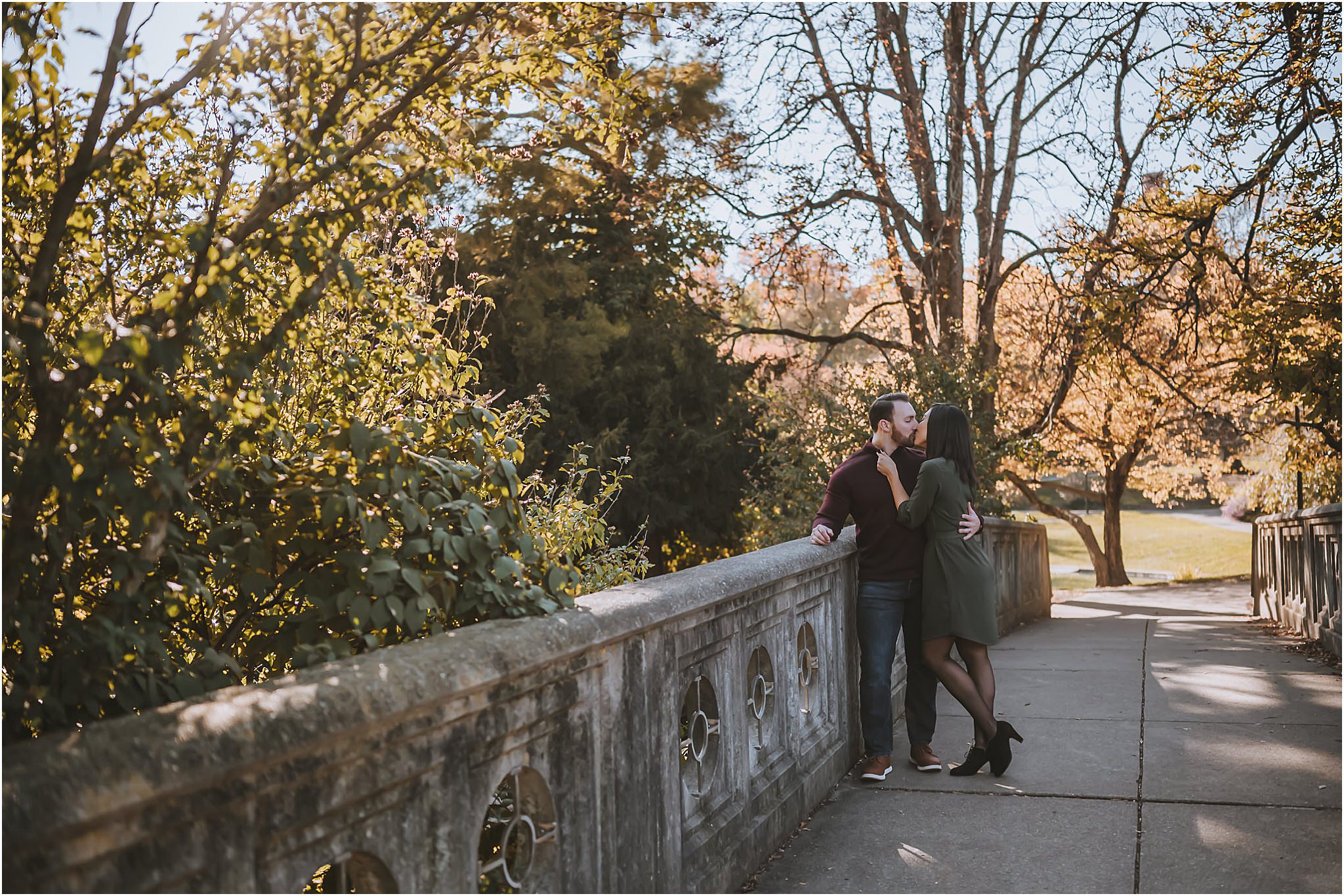 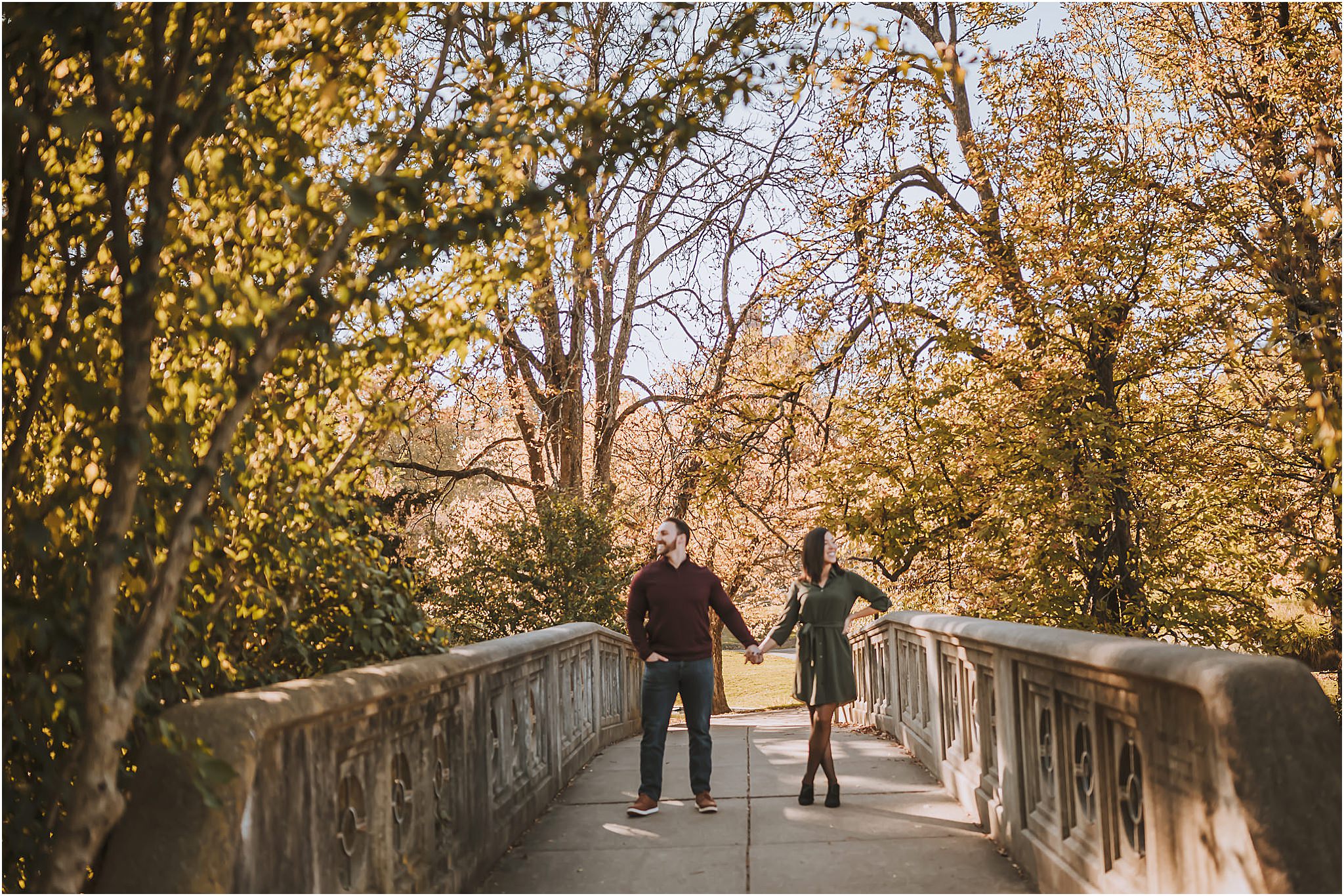 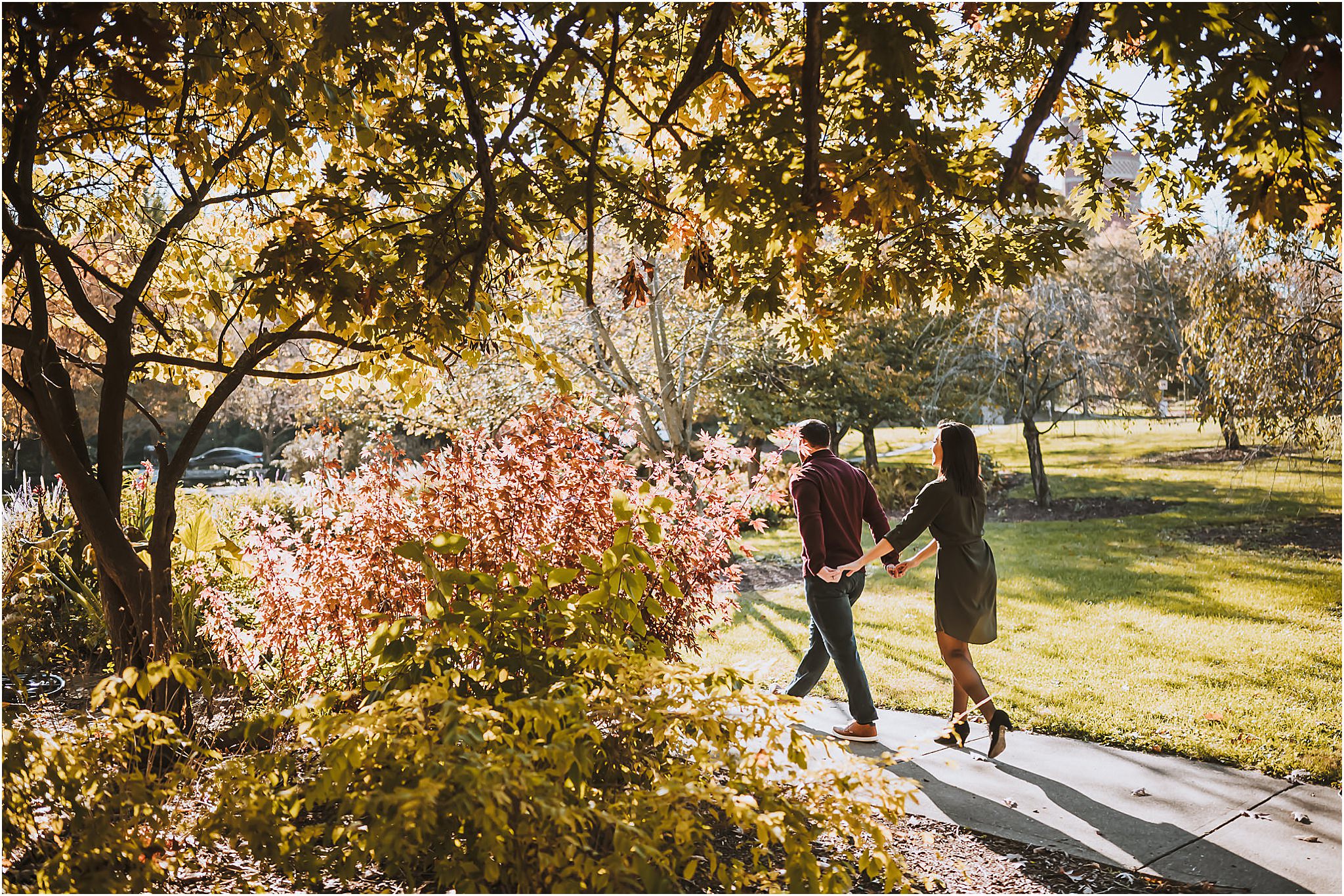 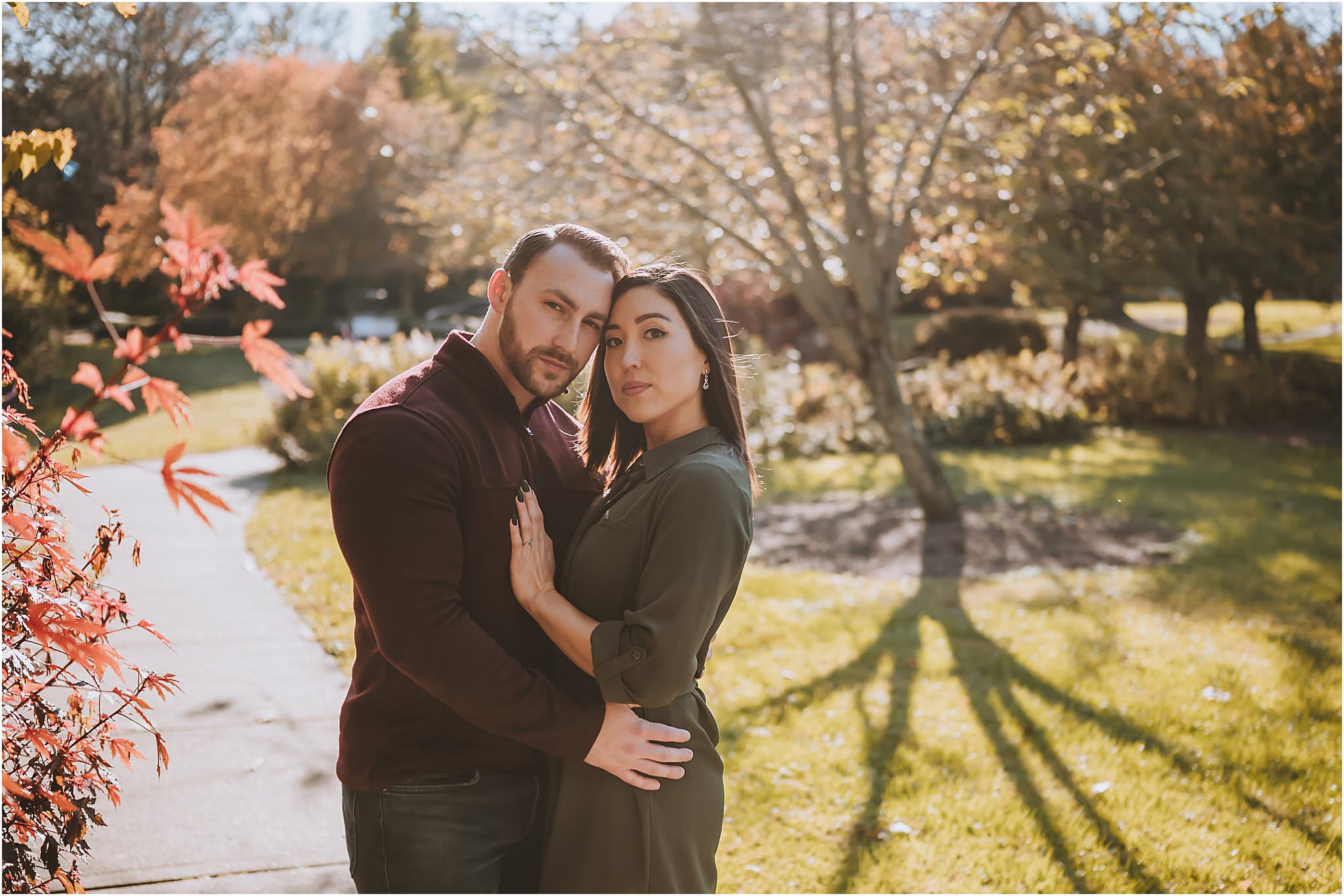 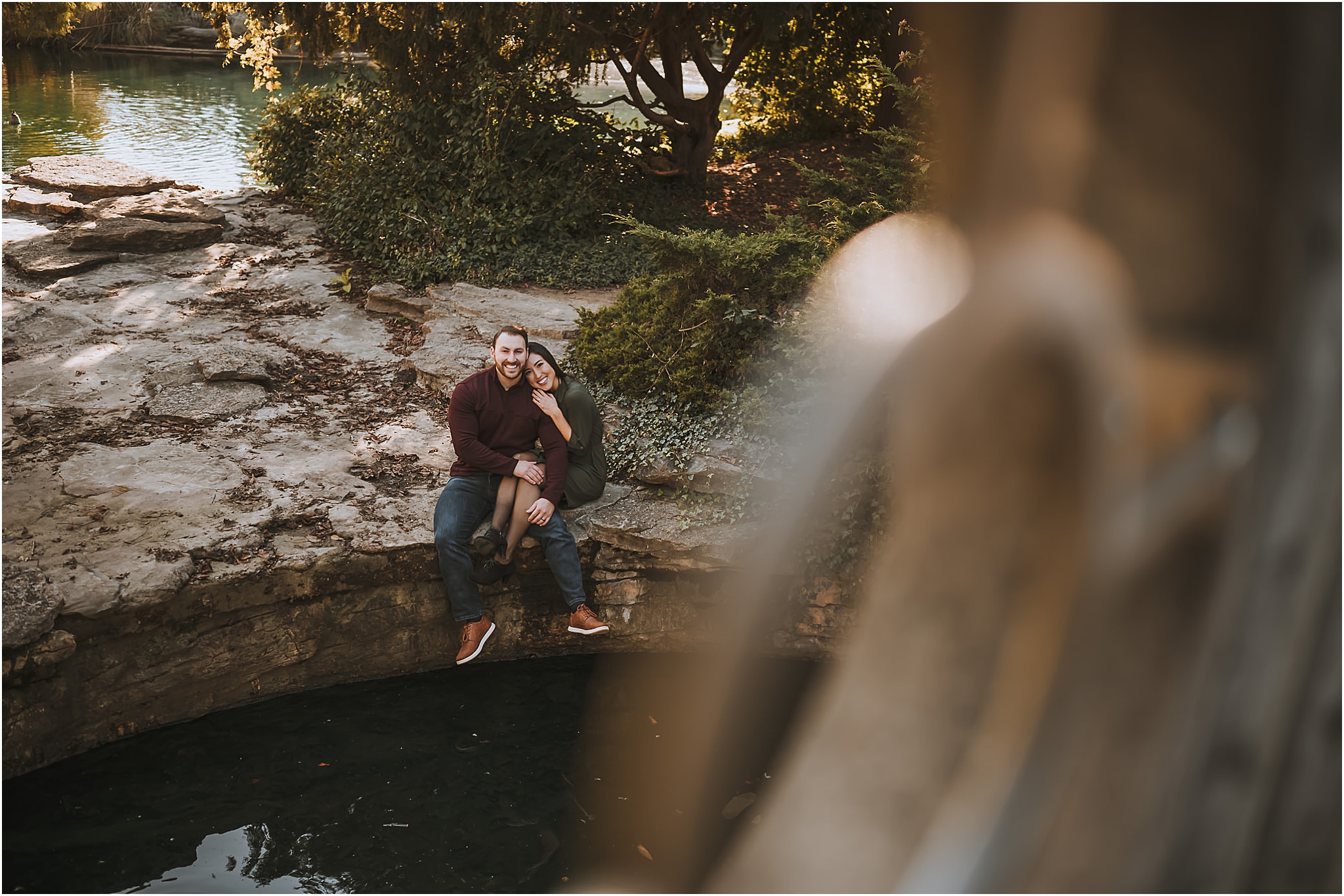 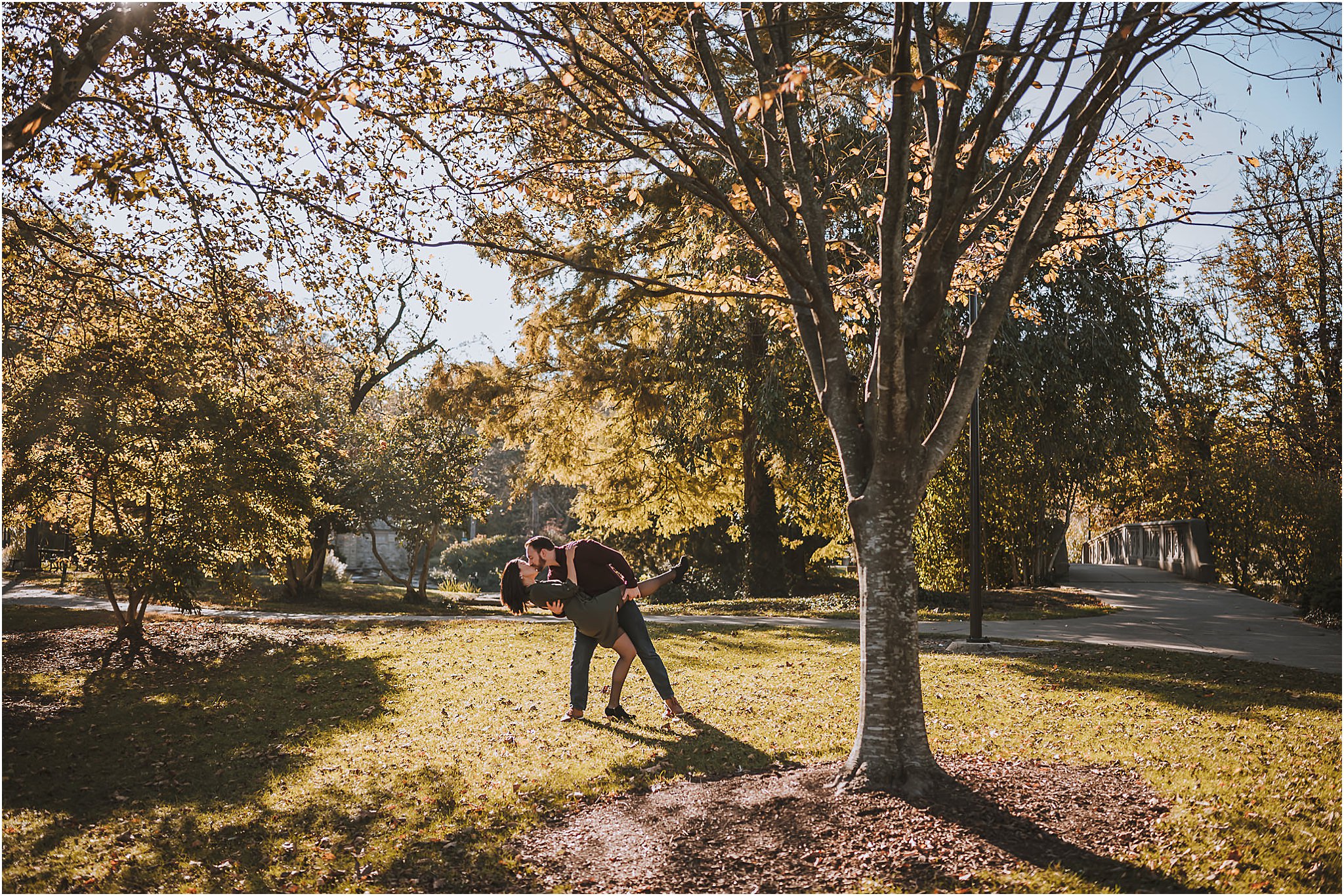