Before we talk about the most elegant, most beautiful Buffalo Trace Distillery wedding, we have to talk about Liz and Nick’s love story.

Nick and Elizabeth met in January 2015.  A dinner party with Elizabeth’s friend John started the whole thing.  Now, John had told Liz many times about his “hot balcony neighbor.”  Liz wondered if she would meet him that night…

After dinner, the whole party ended up out on the balcony where they were able to see Nick in his living room, sitting at his dinner table, looking miserable.  Nick was from Kentucky, therefore why Buffalo Trace Distillery was their wedding site, and he was missing home.

They began to heckle him, hoping to get him to come out and chat, but it appeared he couldn’t hear them. At this point, fate intervened: his lights shorted out briefly, and he looked up to try to figure out what was happening and saw them on the balcony.

When he came out to say hi, Liz climbed over the balcony railing, edged along the building, leaned over the railing at Nick’s balcony, and said, “Hi!! I’m Elizabeth.  You should come hang out with us!” They chatted for a bit, and he eventually showed up at John’s door with a couple of beers to join the fun.

A week later they had their first date!  John even ended up giving reading at theirwedding.

Liz and Nick went to a Baltimore Orioles/San Diego Padres game, and after the game they went for a walk downtown close to where they both used to live.  It was a misty night so they sat on a bench to watch the mist swirl in and out of the buildings and kind of apropos of nothing Nick was suddenly on one knee with a ring asking Liz to marry him!

One of the most meaningful moments of Elizabeth’s life was when Nick told her he had asked her father for her hand in marriage.  Her father had passed away two months prior.  A private person, she really appreciated that he made the proposal just about the two of them, not a big spectacle.

They did go for a celebratory tequila shot at the bar where we had our first date right after he proposed.

Getting ready at the Capital Plaza Hotel in downtown Frankfort, Liz was surrounded by her mother and her best friend.  They shared laughs and a few tears before she got into her Enzoani Blue wedding gown.

With her hair perfected, her jewelry securely fastened, and a smile on her face, we headed to Buffalo Trace Distillery for bridal portraits.  Liz is one of those people who is beautiful whether she have a full face of makeup or have her hair up and sweats on.  An ageless elegance follows her which you can see conveyed in her bridal portraits.

She also is an extremely joyful soul.  Her smile makes those around her happier.

Nick and his brother got ready in an adjoining suite of Capital Plaza Hotel.  They arrived to Buffalo Trace about twenty minutes before the ceremony and were able to take some really fun pictures of the iconic buffalo statue.  John, Nick’s neighbor who introduced Liz and Nick, also participated.

Since Liz’s dad had passed away, her brother did the honor of walking her down the aisle.

Nick began tearing up as soon as he saw his bride.  The way he would describe it later was he saw his future and his joy at the same time.  The ceremony brought laughter, and authentic tears as a quote from How I Met Your Mother was read.

“But love doesn’t make sense. You can’t logic your way into or out of it. Love is totally nonsensical. But we have to keep doing it, or else we’re lost and love is dead and humanity should just pack it in. Because love is the best thing we do.”

As Nick and Liz shared their first kiss as a married couple beneath the water tower of Buffalo Trace Distillery, the sun came out, illuminating their faces.

They exited to whoops and hollers of joy, and a large rainbow appeared in the distance.  We snapped a timeless, classic photo of the two with the rainbow popping, then moved on to bridal party pics and portraits of Nick and Liz.

At Buffalo Trace Distillery the historic setting makes every moment romantic.  From the bourbon barrels to the warehouses filled with angels share, to the greenery, there is nothing more iconic Kentucky.  These moments are heightened in the Stony Point Gardens.

Capturing timeless, elegant photos was a simple task since Nick and Elizabeth are insanely, wonderfully in love.  The backdrop was just the icing on the cake.

Kentucky Pro DJ‘s played the couple into their reception.  Liz couldn’t stop smiling, while Nick was overwhelmed by emotion as he took in all his friends and family in one place supporting he and Liz.

One of the most touching moments came at the bar.  Liz’s dad had always said that the sweetest things in life were worth it, so he used to take a swig of Hershey’s syrup each night before bed.

To honor him, shots of Hershey’s syrup was offered to each guest when they ordered a drink 🙂

After cake cutting and toasts, the couple partied with their guests until 11pm.  At that time, they held a ‘shotgun’ exit asking 30 of their closest friends to shotgun a Miller Lite with them.  Hilarity ensued and it was the perfect beginning to the rest of their lives.

L&M Detailed Events couldn’t have planned it better.  We love love love this couple and are so happy for them.  Thank you for letting us be a part of your day! 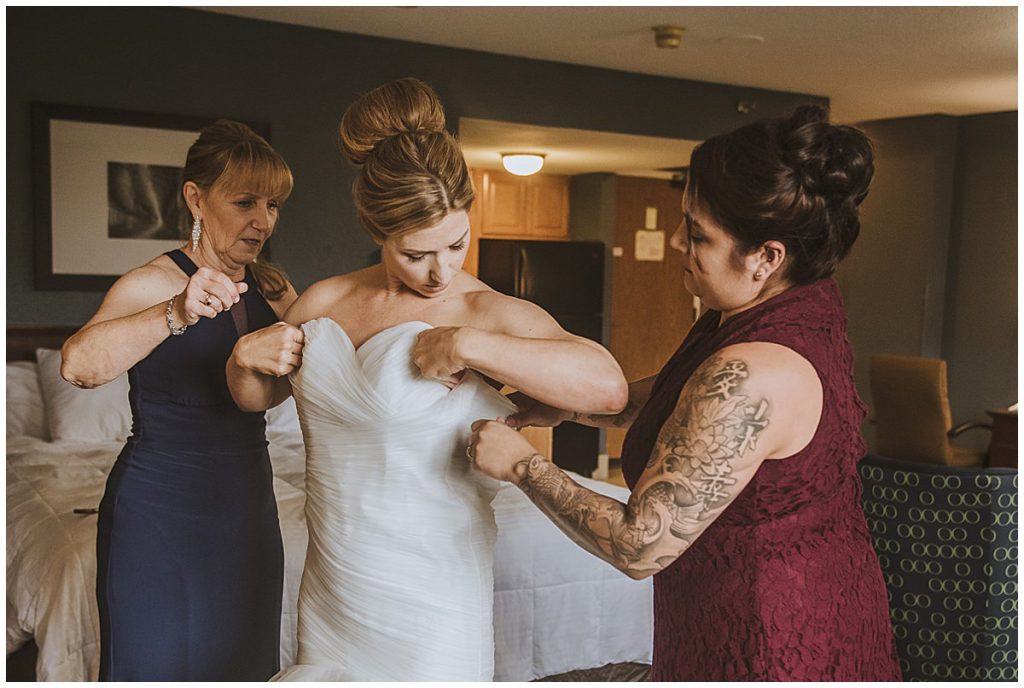 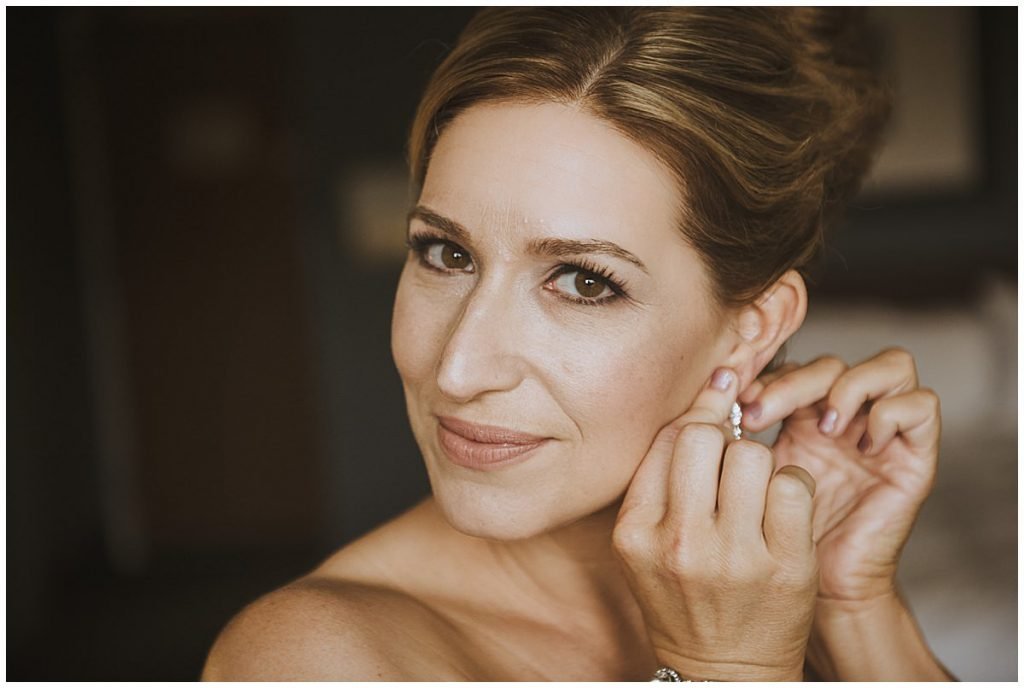 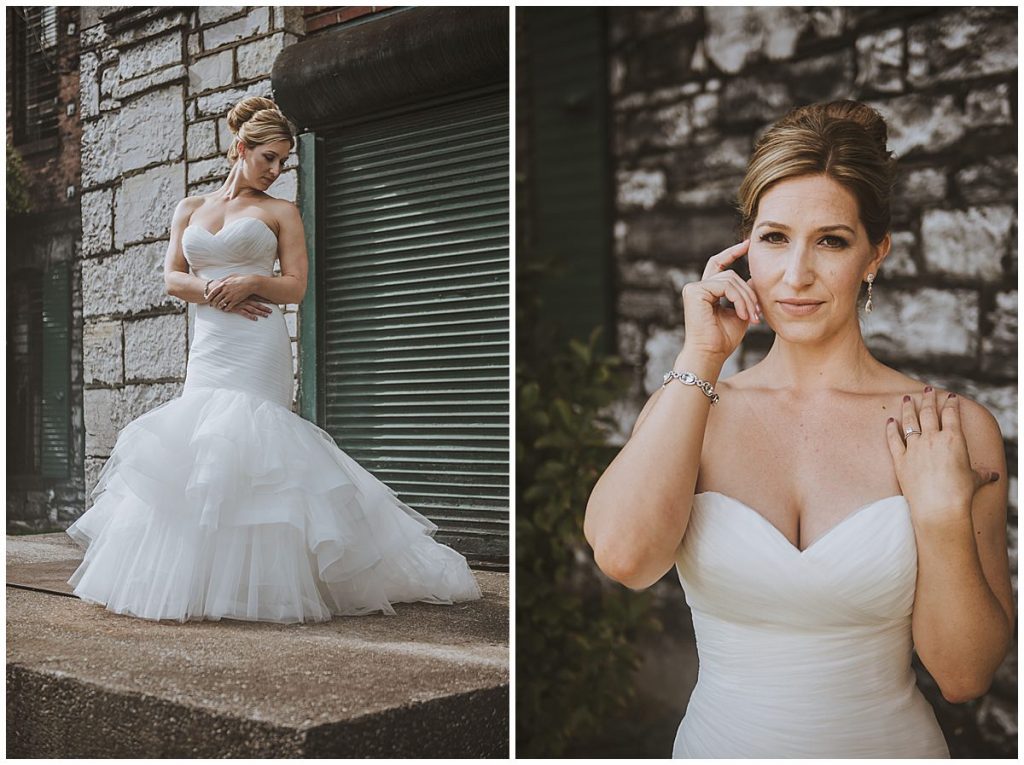 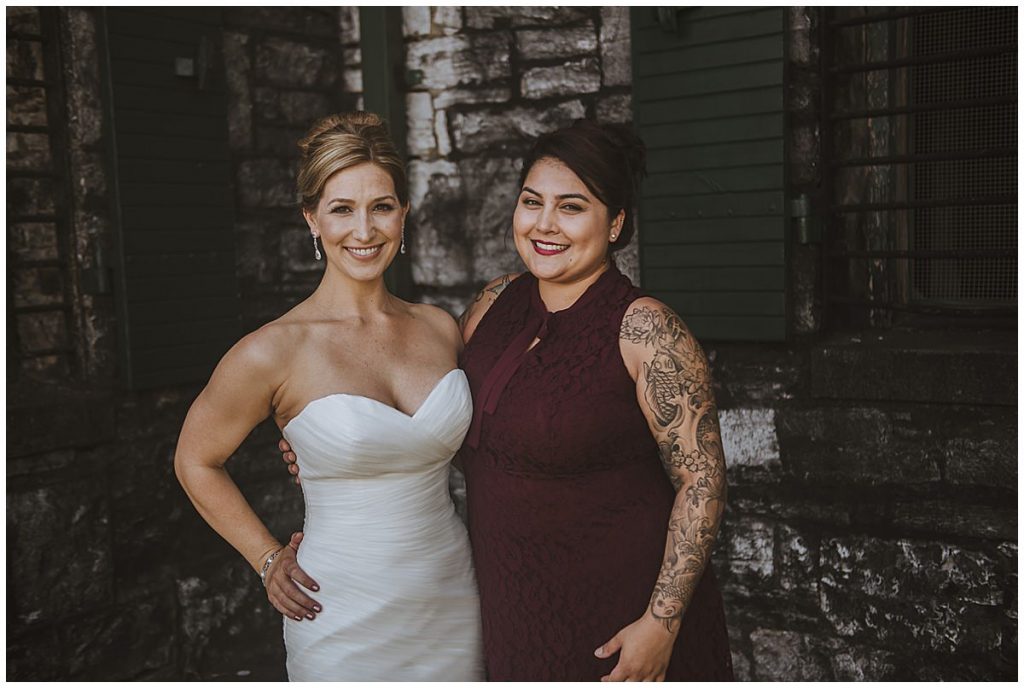 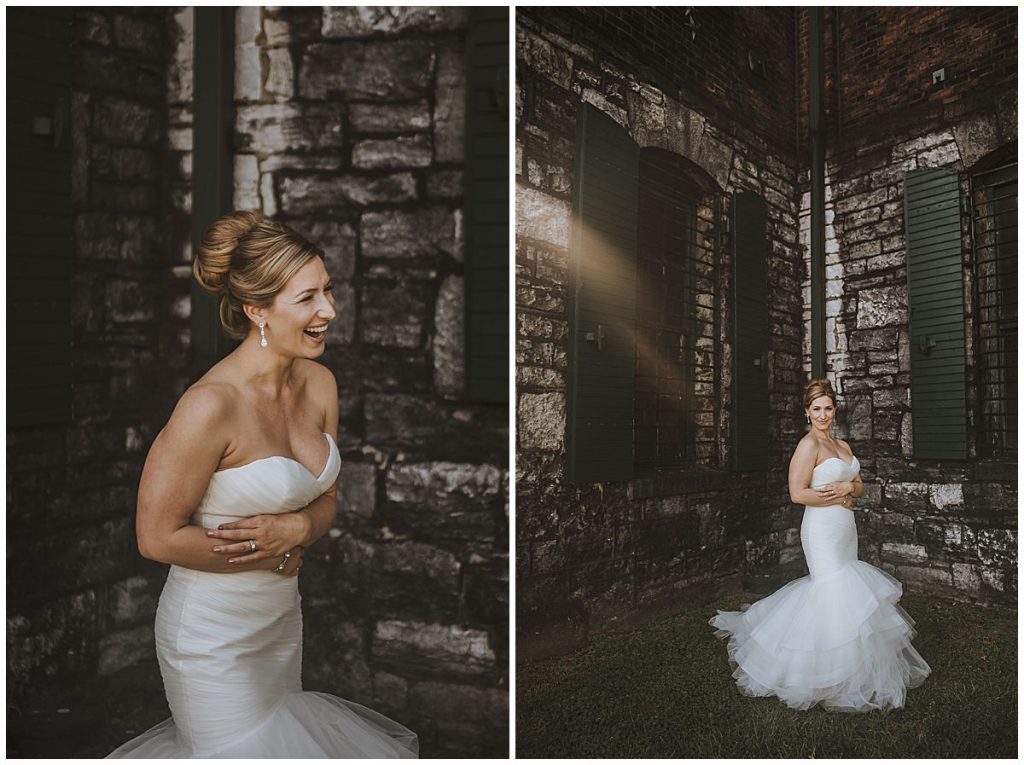 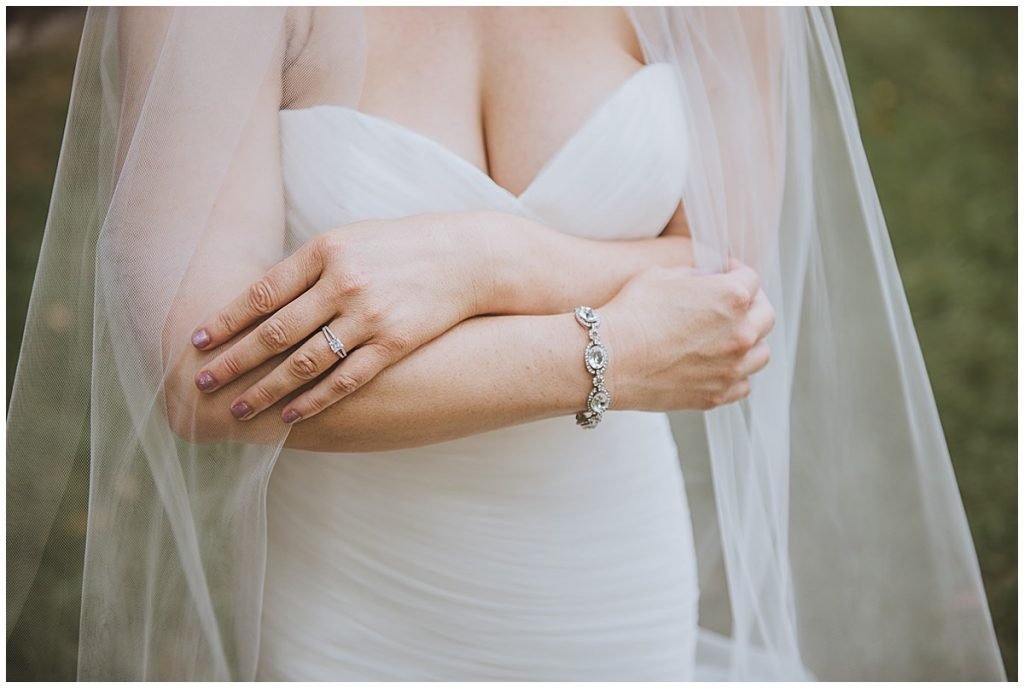 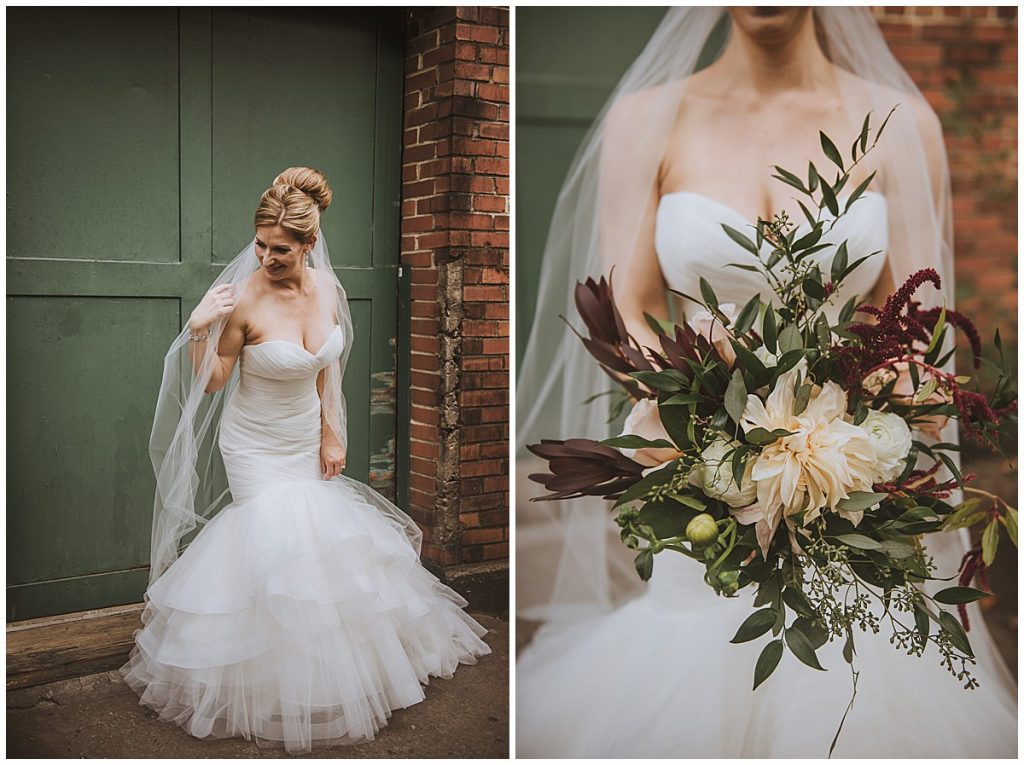 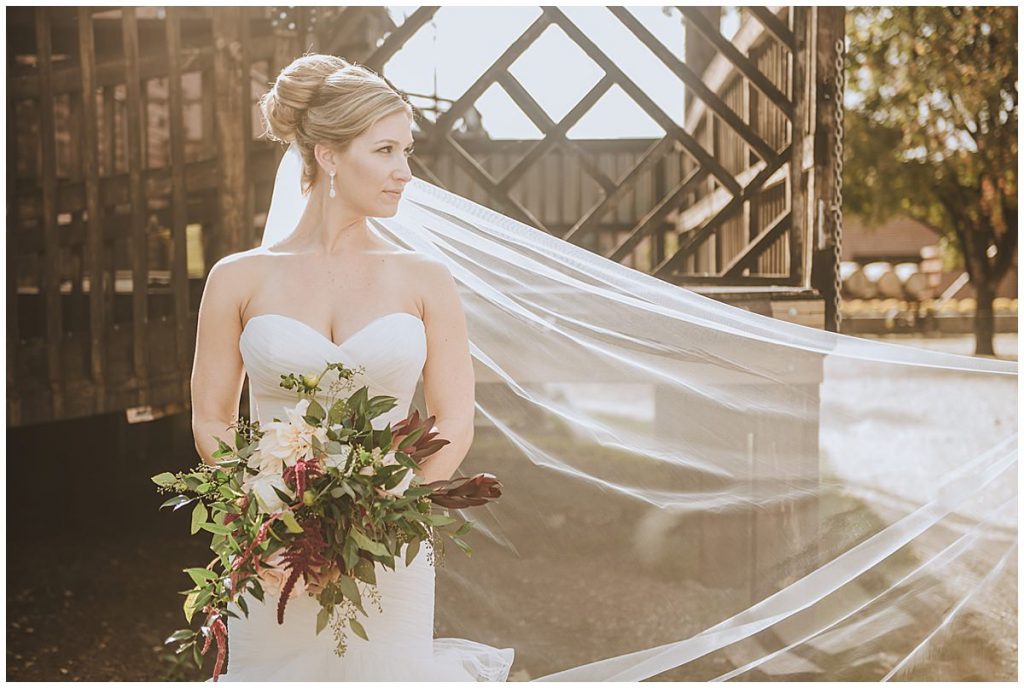 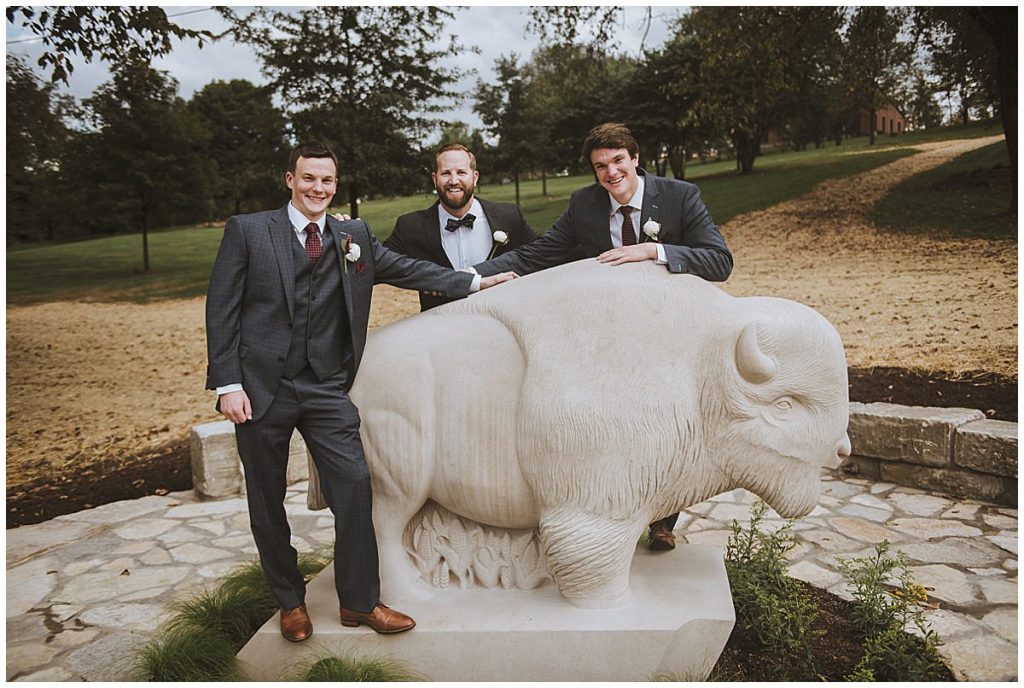 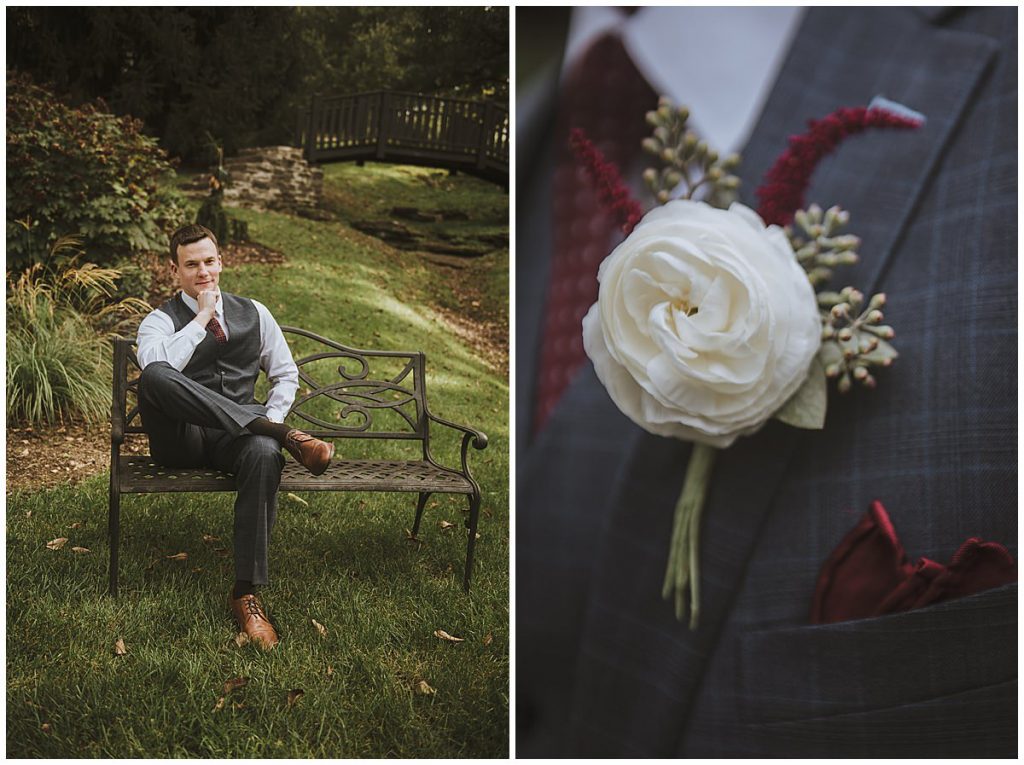 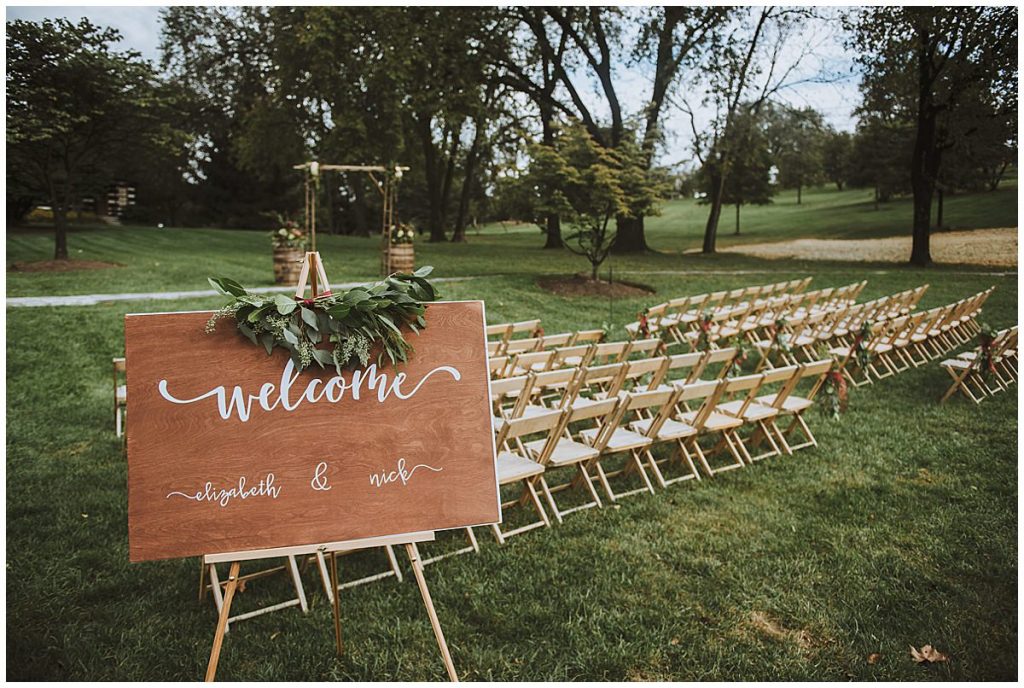 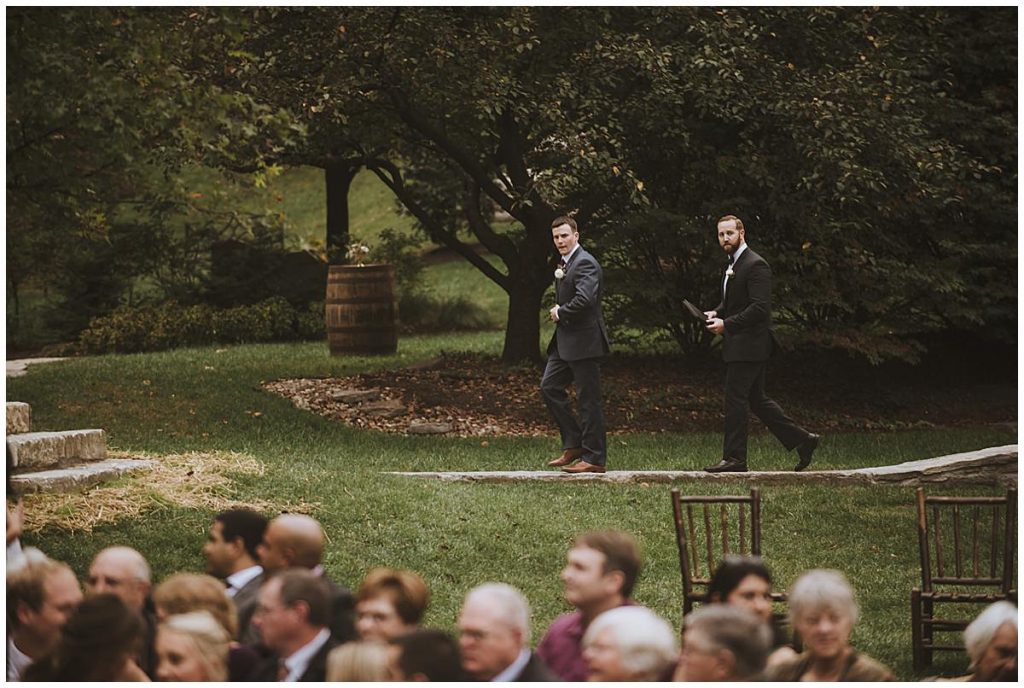 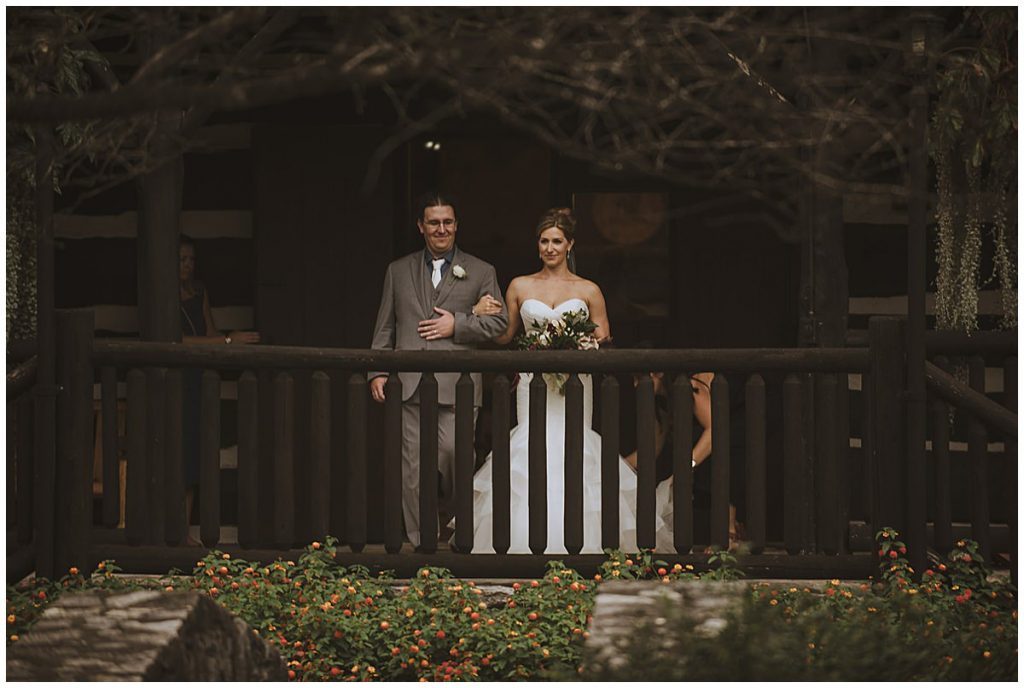 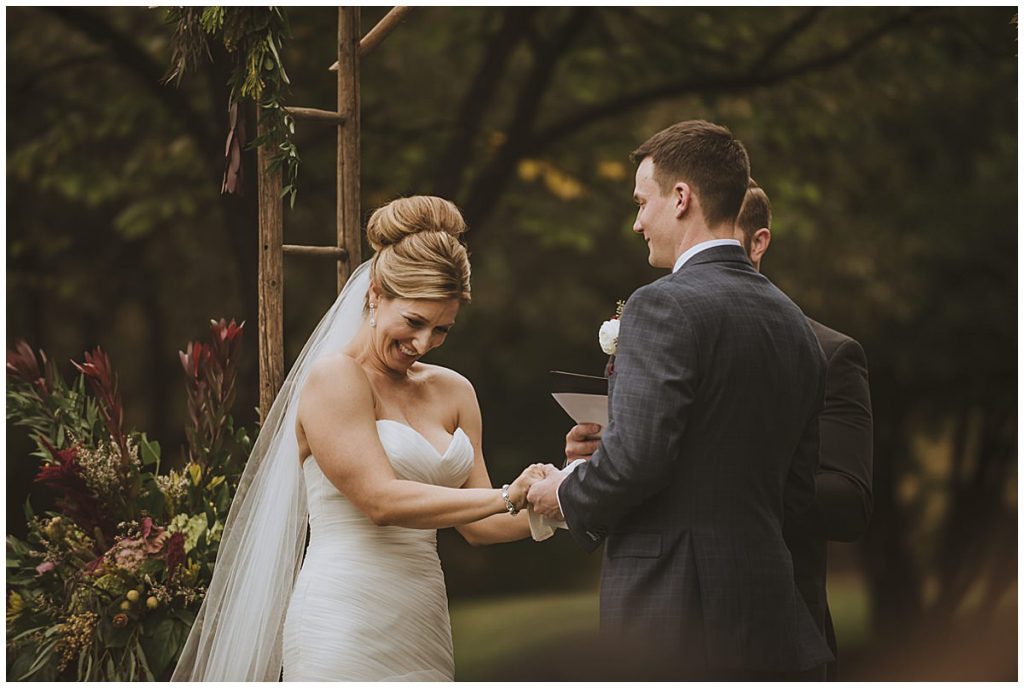 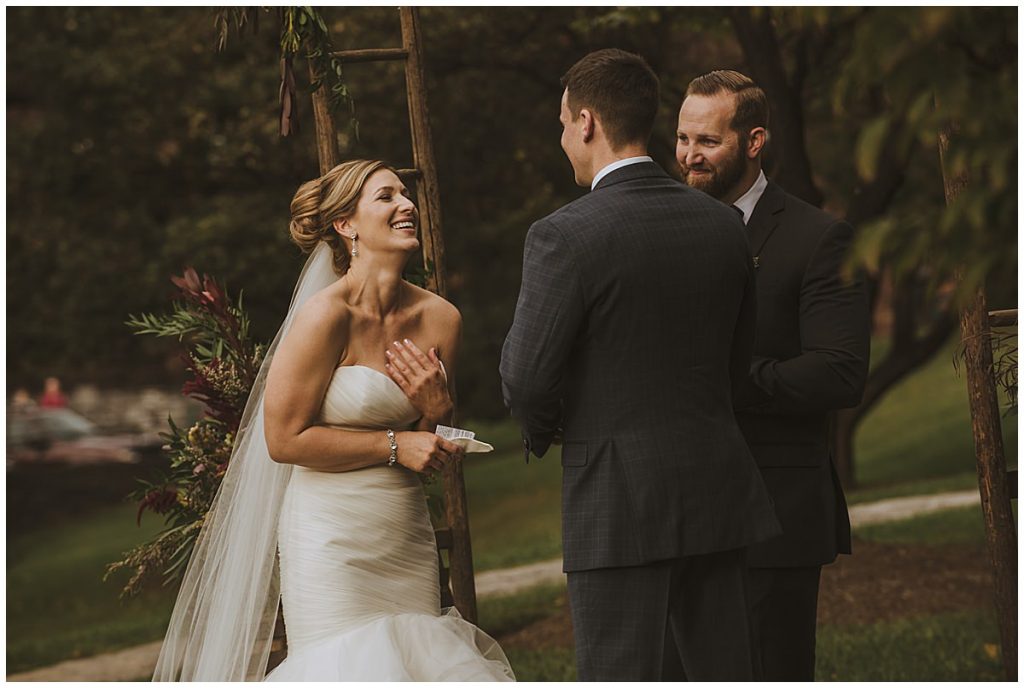 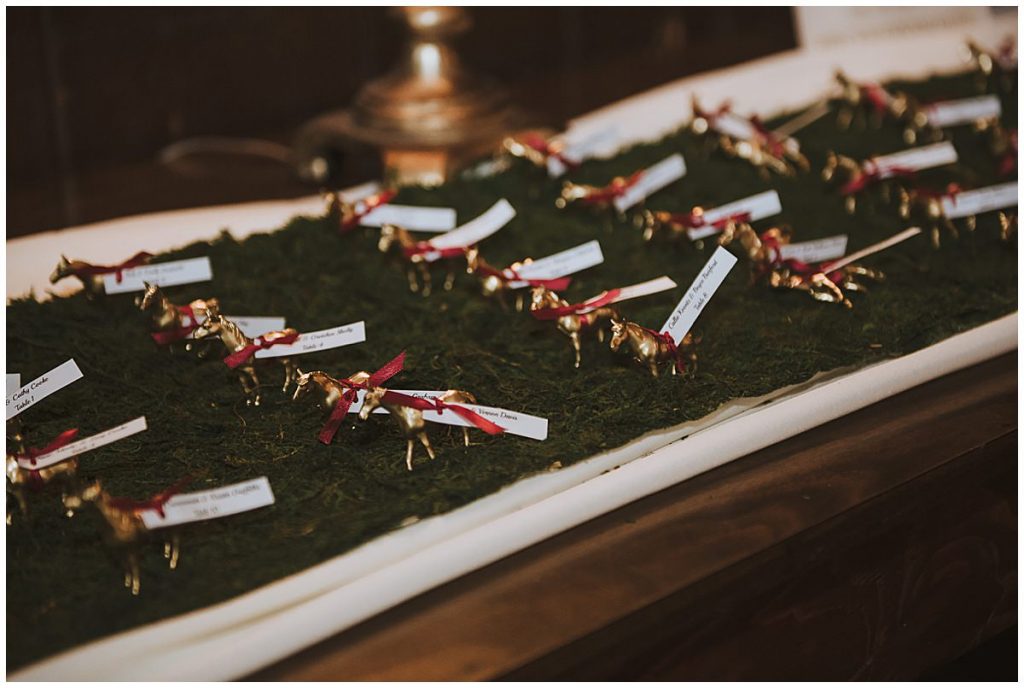 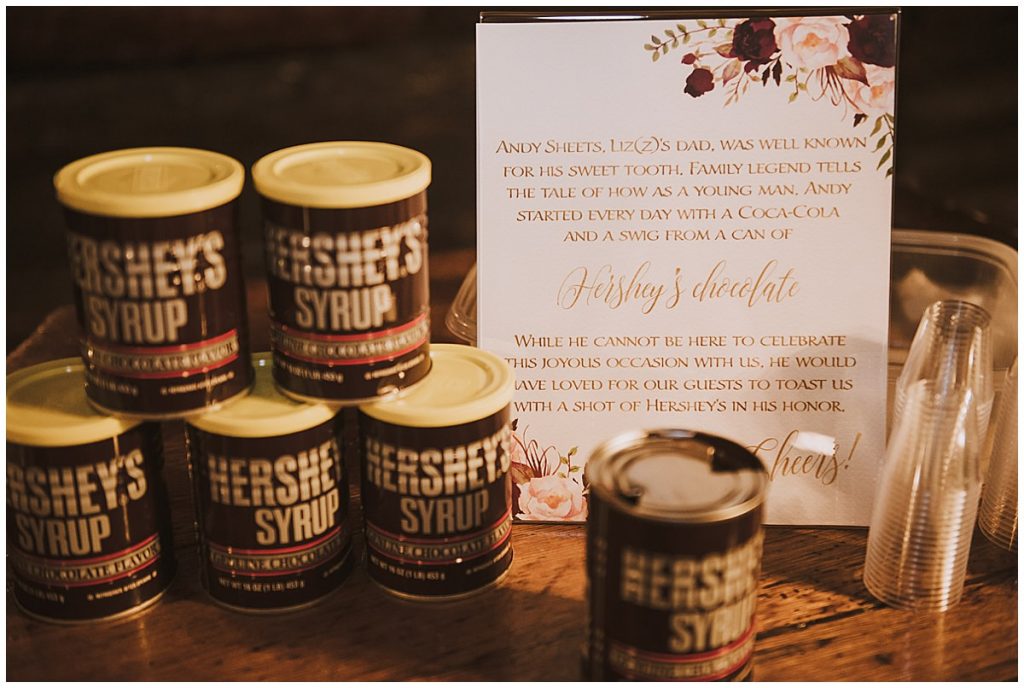 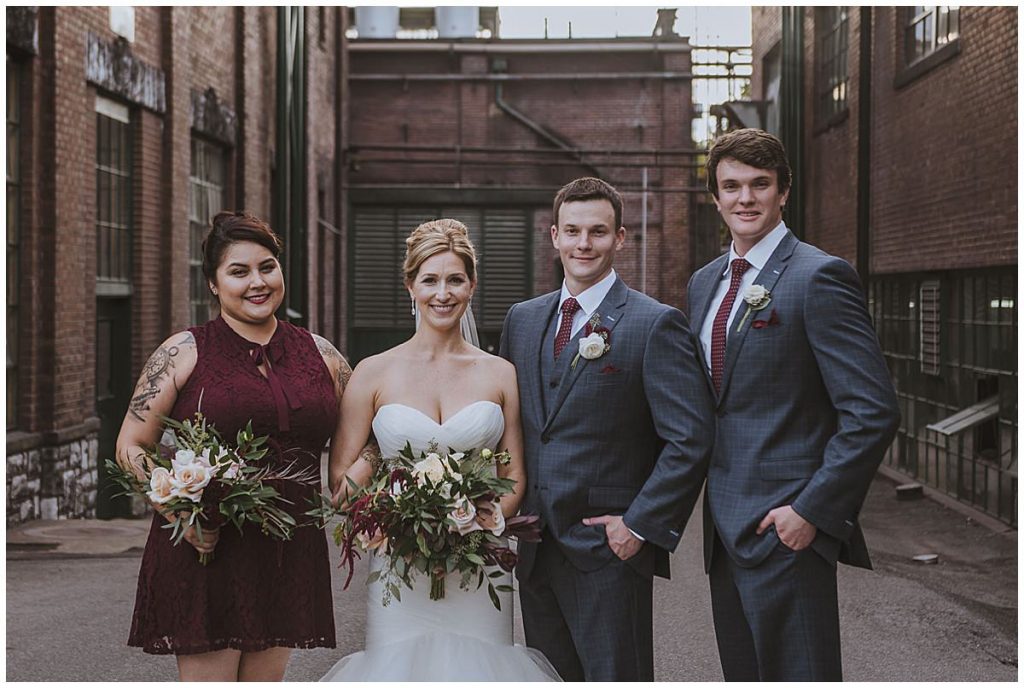 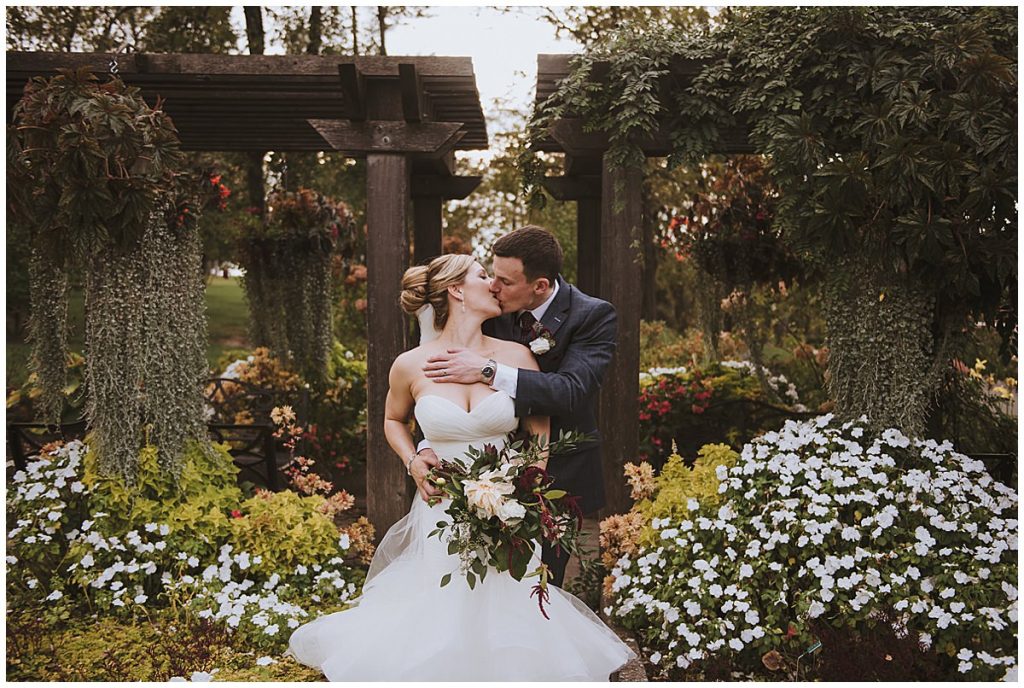 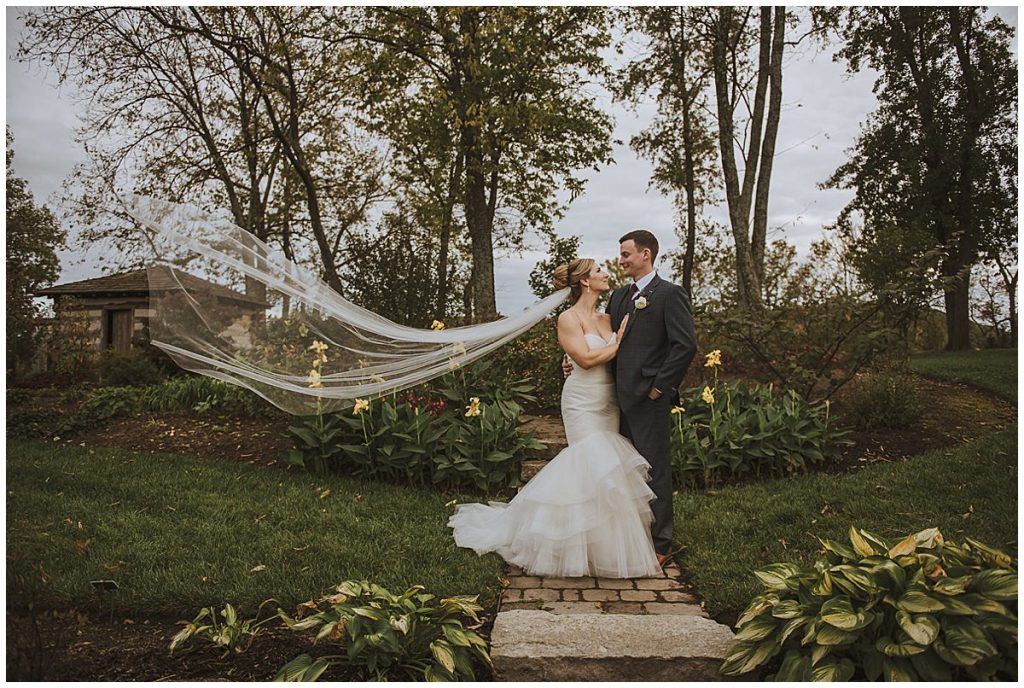 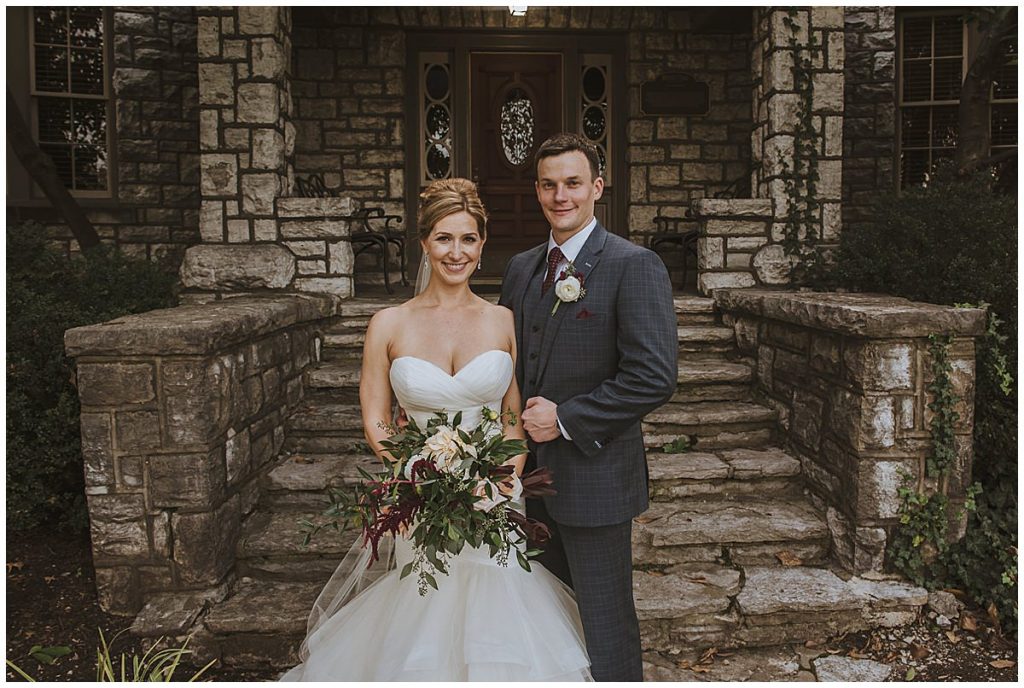 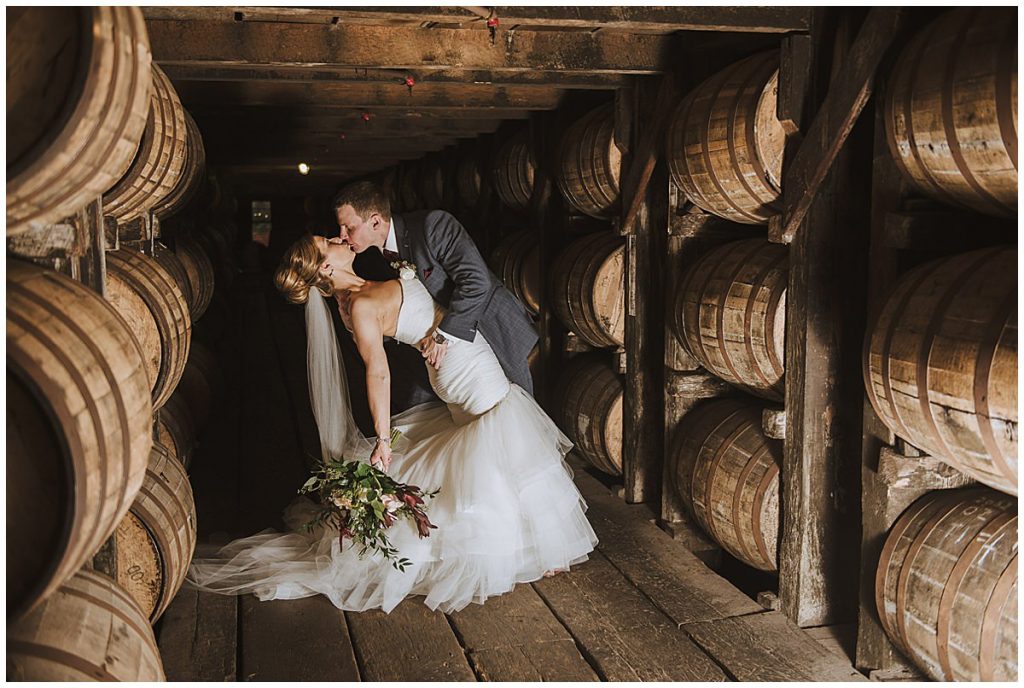 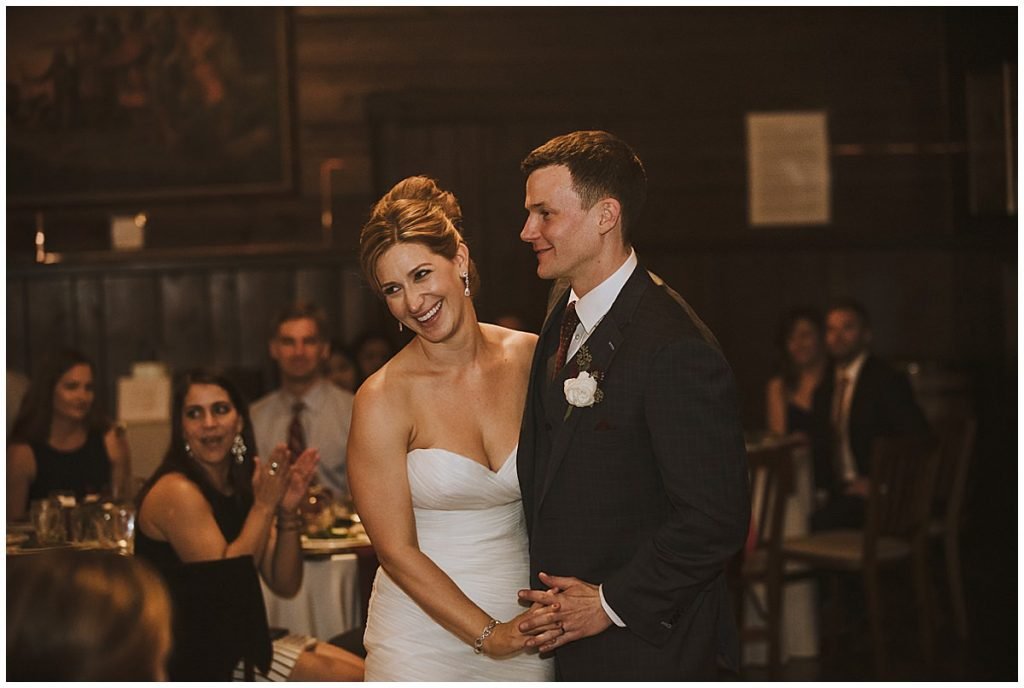 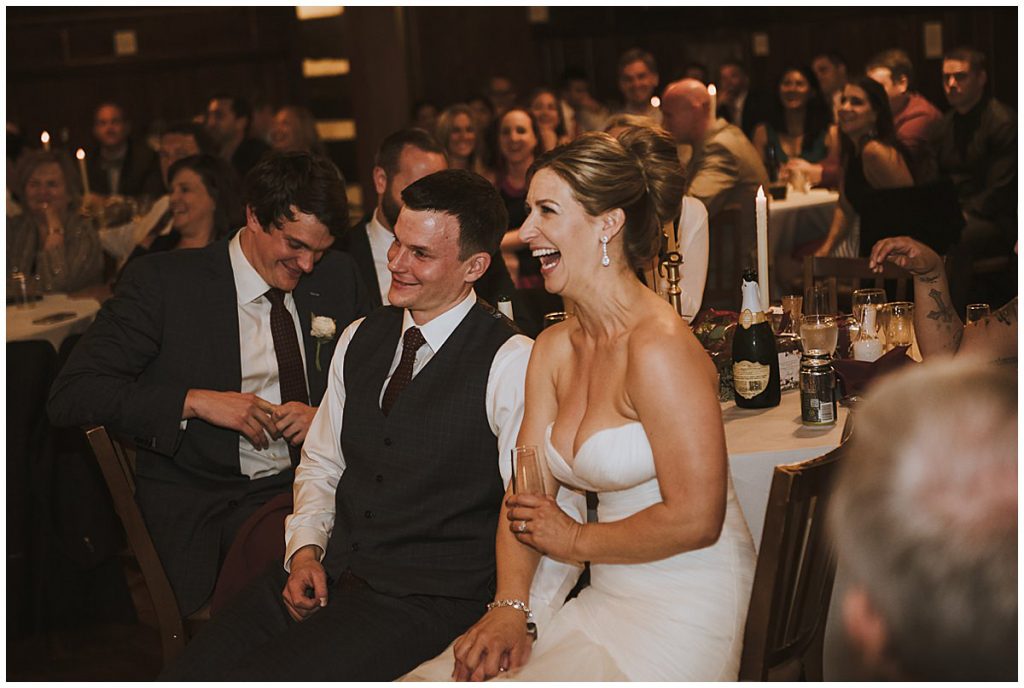 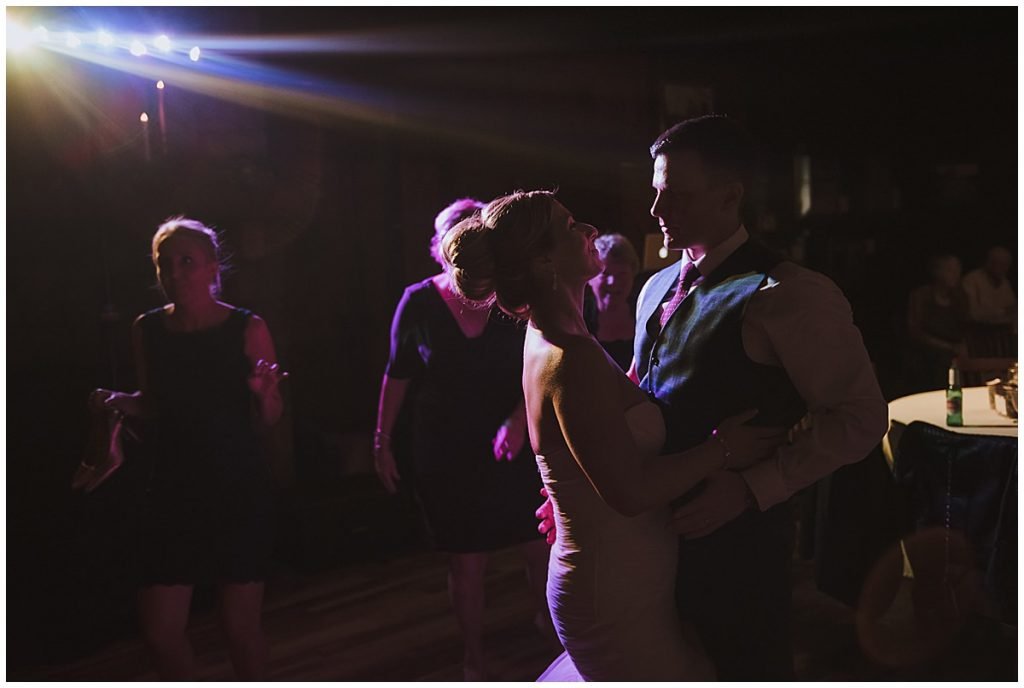 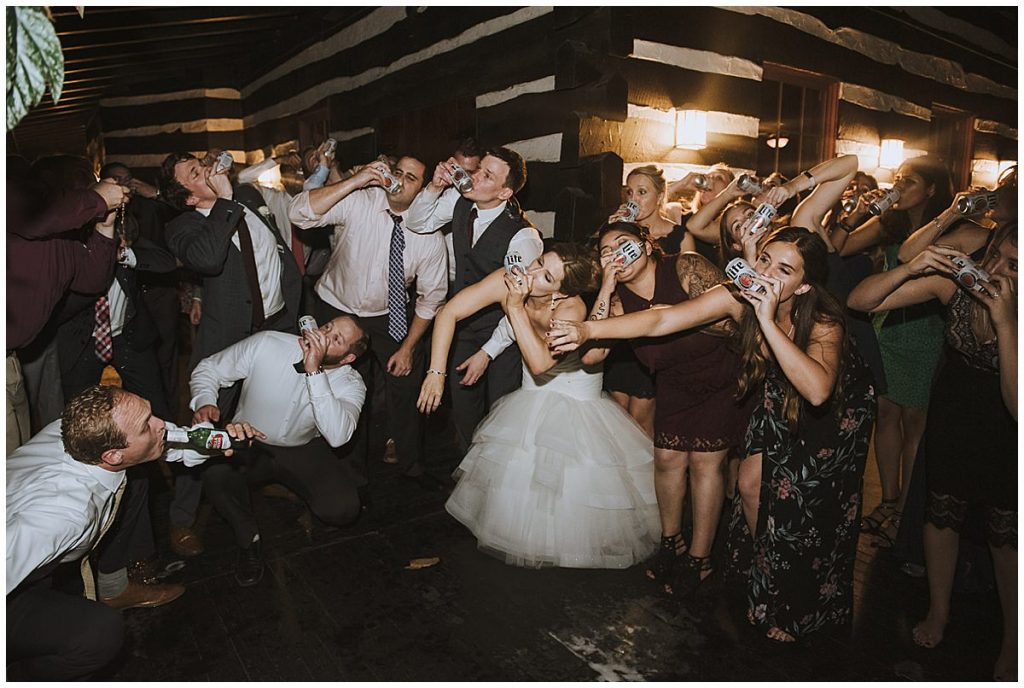