Yew Dell Botanical Gardens, like so many of the other area gardens, were closed during the initial quarantine period of Covid-19.  Their grounds are ideal for romance and old-school elegance.

They opened on June 2nd, and were kind enough to let us in early for Elaine and Colt’s engagement pictures.

Colt and Elaine met 7 years ago when a friend of Elaine’s brought Colt over to her place for a party.  Being responsible, everyone stayed the night.

When Elaine walked out in the morning, Colt had already folded all the blankets.

Elaine ran back into the hallway and giggled to her roomate “Wow, he folded the blankets. This guy’s a keeper.”  From there they were inseparable.

Colt proposed to Elaine on March, Friday the 13th.

Having a love for culture, they traveled to Chicago for the weekend.  The same friend who introduced them also came along.

After dinner, they decided to head down to the riverfront.

The twinkling lights of Chicago sparkled in the background.  While Elaine looked around, taking in the romance of the evening, Colt hit one knee.

When Elaine turned around she burst into tears, thrilled that the love of her life was now her official forever.  They celebrated out at the restaurants and bars; the last weekend of normalcy before Covid shut the city down.

The romance of Yew Dell Botanical Gardens is exactly what Elaine and Colt were looking for in their elegant engagement portraits.

Hidden fountains, sunken gardens and weeping willows greeted us around every corner.

Colt and Elaine were so natural and snuggly with each other.

You can feel their love emoting in these photos, and when we traveled to Papa John’s Park to add in their pup pup, Timber, the kindness got even sweeter. 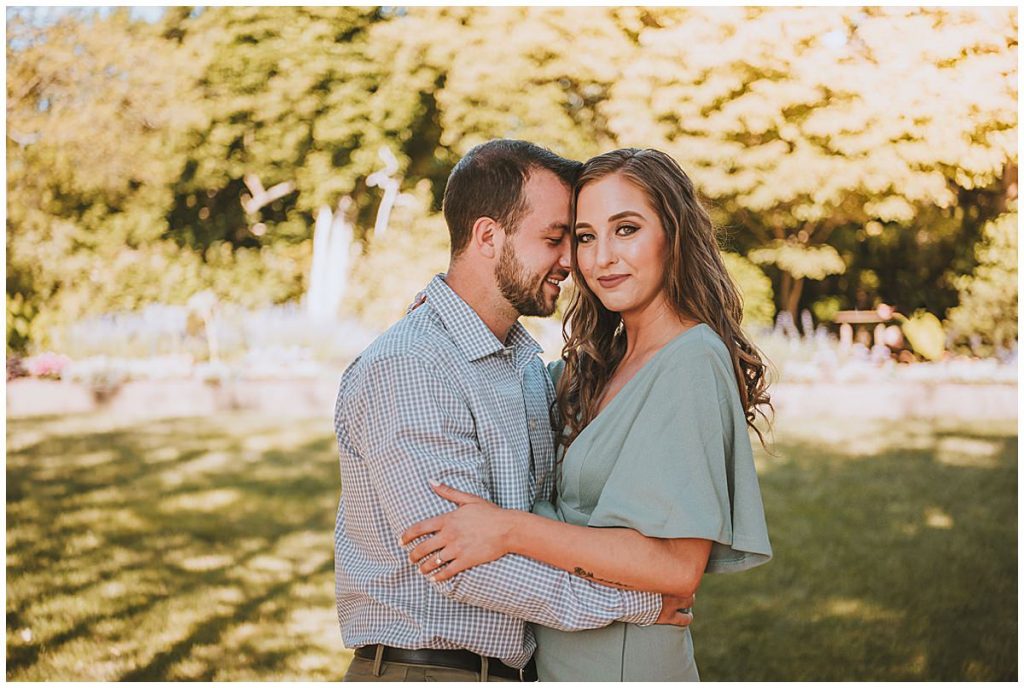 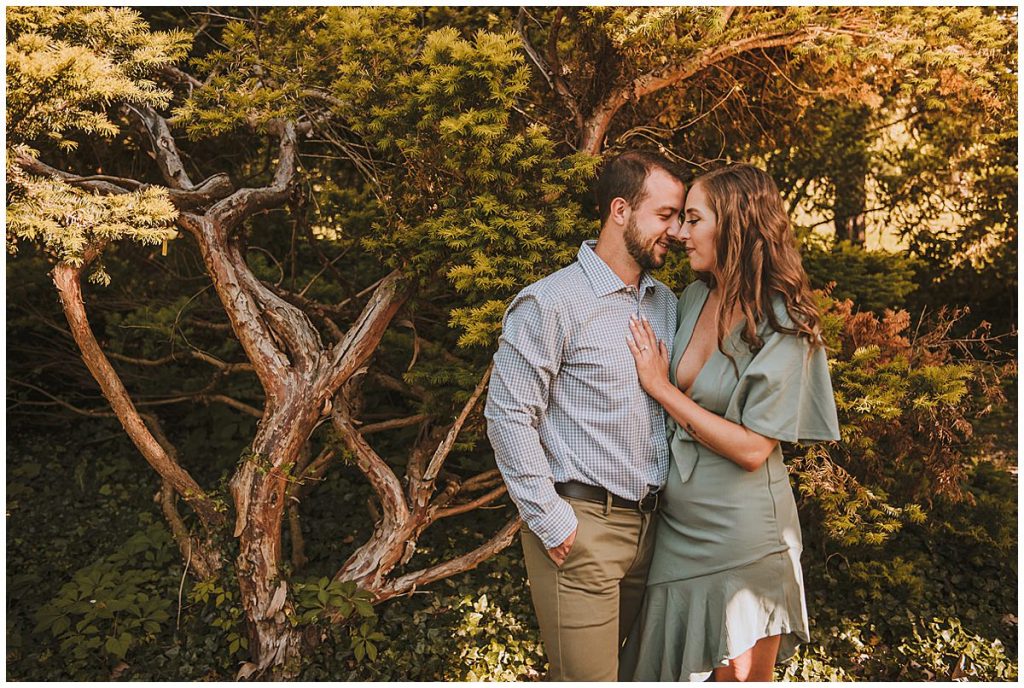 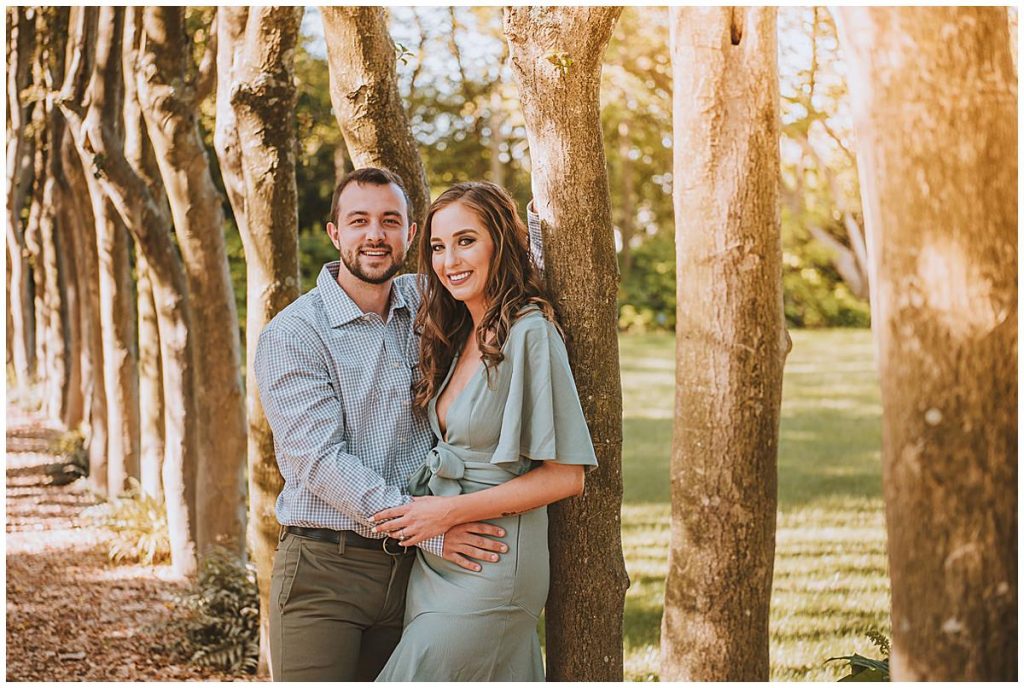 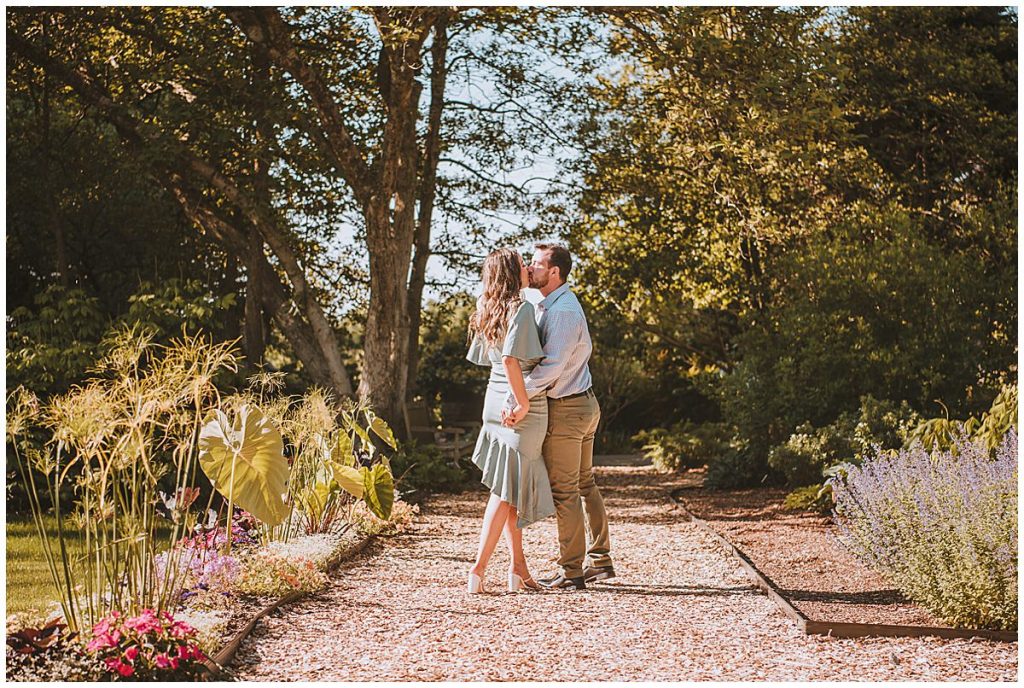 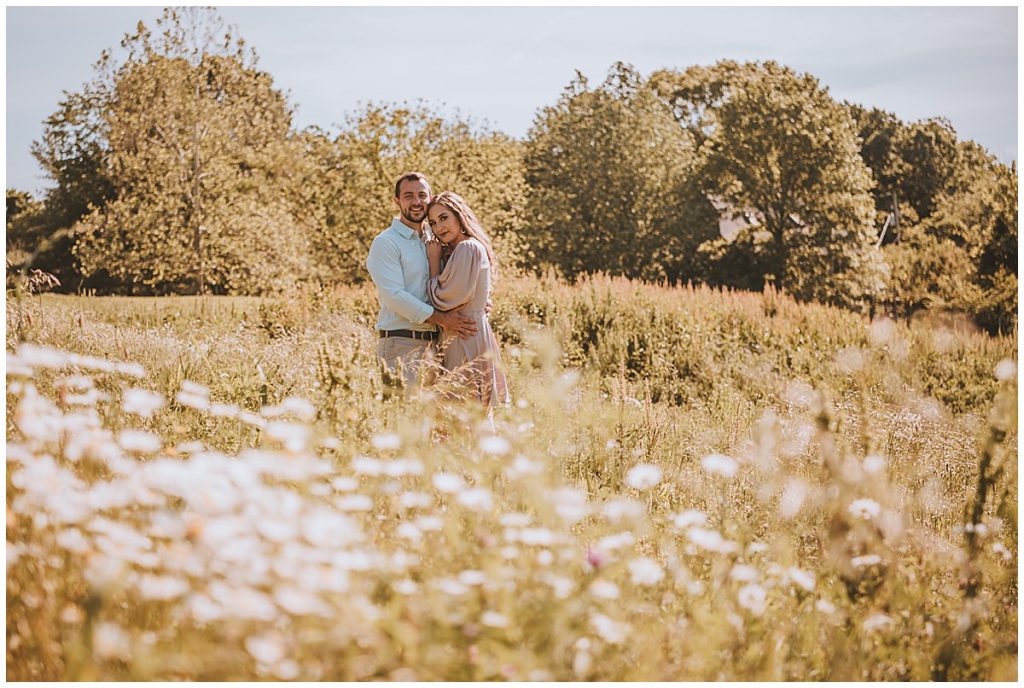 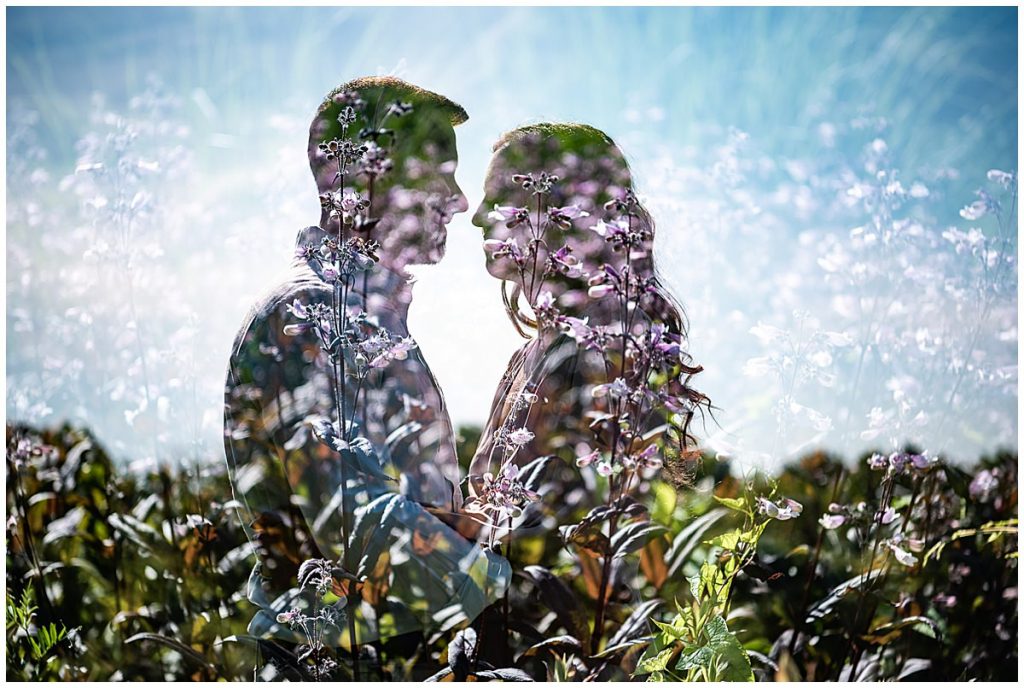 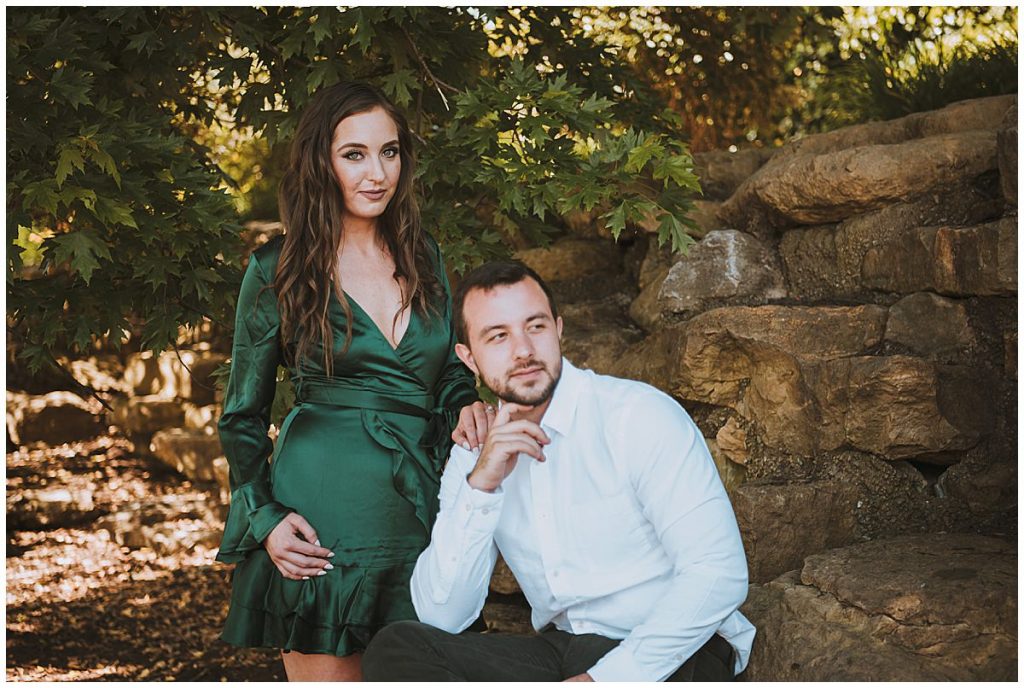 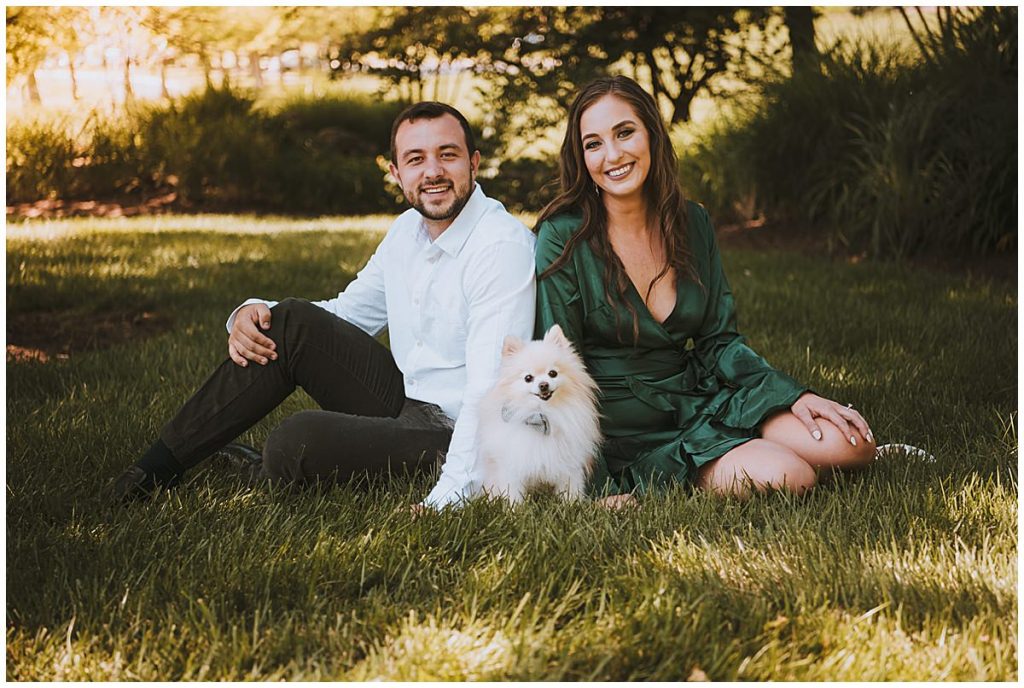