This stunning Yew Dell Gardens wedding was held on a perfect October day.

Having just moved to Louisville, Stephanie decided to try out Bumble BFF to meet some new friends.  The first person she came across, Katherine, seemed pretty cool.

Stephanie’s first message asked about Katherine’s dog and was clearly the way to her heart.

Fast forward a few years.  Stephanie now scrubs that dog from snout to paw whenever she rolls in the mud pit of the home she and Katherine share.

After approval from the same dog, and Katherine’s parents of course, Stephanie decided it was time to pop the question.

Both Katherine and Stephanie are extremely adventurous and have a passion for travel.  So what better place to head then Iceland!

While there, they snuck out one night, driving in the dark to a dormant volcano to search for the Northern Lights.

As they arrived, the Aurora Borealis lit up the sky, setting the scene for the most epic proposal.

Stephanie dropped to one knee, and there, in the Arctic air, asked her love for her hand in marriage.

Katherine and Stephanie arrived to Yew Dell Gardens ten minutes apart, having spent their morning in different locations in order not to see the other.

Stephanie took the wooden cabin along with her bridal party.  Katherine prepared in the castle.

The girls exchanged gifts and letters, both of which made the other cry.  When it came time for their first look, neither could hold back the tears as they saw each other.

Yew Dell Gardens boasts a castle, overflowing floral gardens most seasons of the year, and a lush botanical greenhouse.  We spent the next hour exploring each location and finding absolutely glorious light.

When it came time for the girls to separate, you could sense their excitement to become wife and wife.

The timeless elegance of the Yew Dell was elevated as first Stephanie and then Katherine walked down the tree lined aisle to their stunning ceremony site.  Each of them were escorted by their father.

Since Stephanie works for Fireball, they decided that instead of a candle lighting or sand ceremony they would do an alcohol ceremony.  Combining Buffalo Trace’s White Dog with Sugarland’s Moonshine made the ideal pair.

As they were pronounced wife and wife, they pulled each other close, and shared their first kiss beneath the arbor of Yew Dell Gardens.

The guests headed to the tented reception while the bridal party went to capture the sunset within the field.  Katherine dipped Stephanie amongst the golden hour, but you would think no one was around.

They entered the reception doing “The Floss,” a dance Katherine is known for pulling out at any moment. The toasts were filled with emotion with both fathers expressing their joy at knowing their prospective daughter would be cared for.

Michaelis Events, the exclusive caterer of Yew Dell Gardens, served a plated dinner before Katherine and Stephanie cut the cake.  When the fight songs of Michigan State University and Penn State University were played the party really took off.

When the music ended, Katherine and Stephanie left Yew Dell Gardens and headed to Hawaii for two weeks of sun, sand, and exploring breweries.

We are so grateful to have been chosen to create magical, stunning photographs for these two.  They deserve every happiness in the world and we can’t wait to be along for the ride 🙂 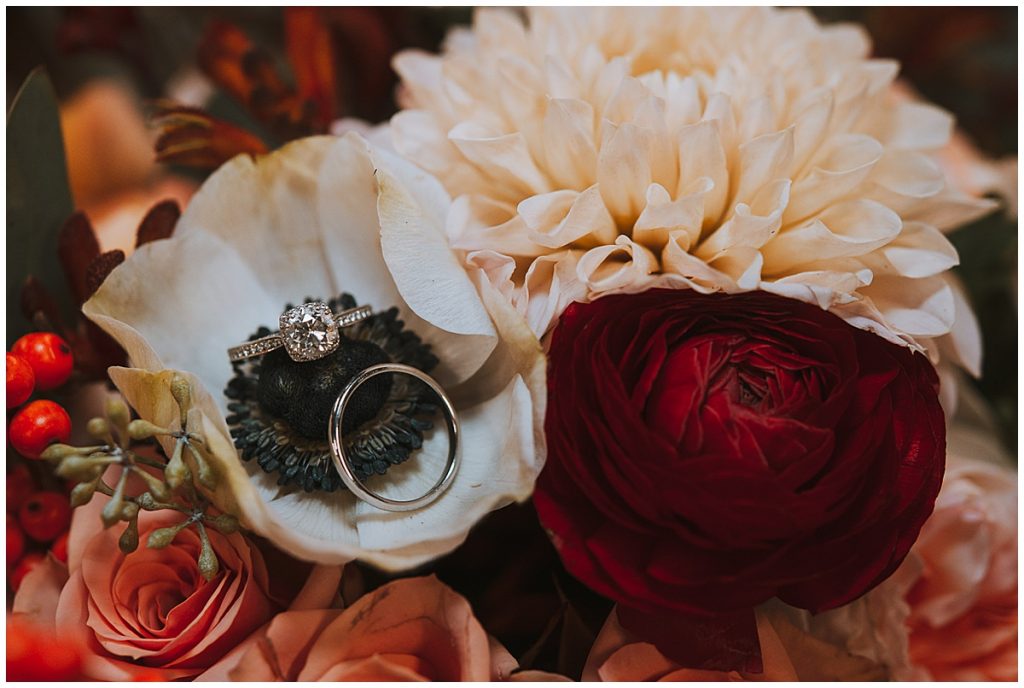 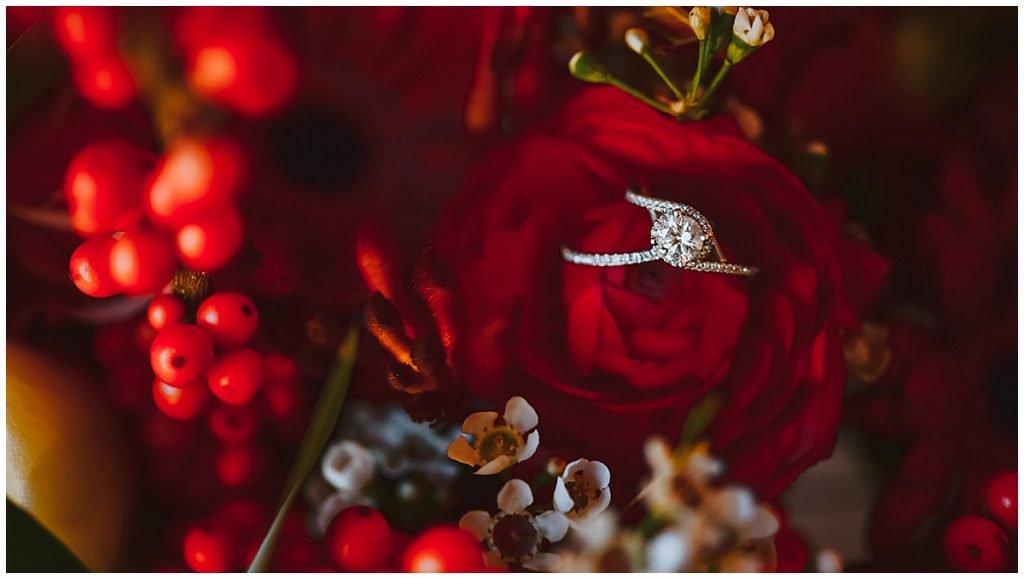 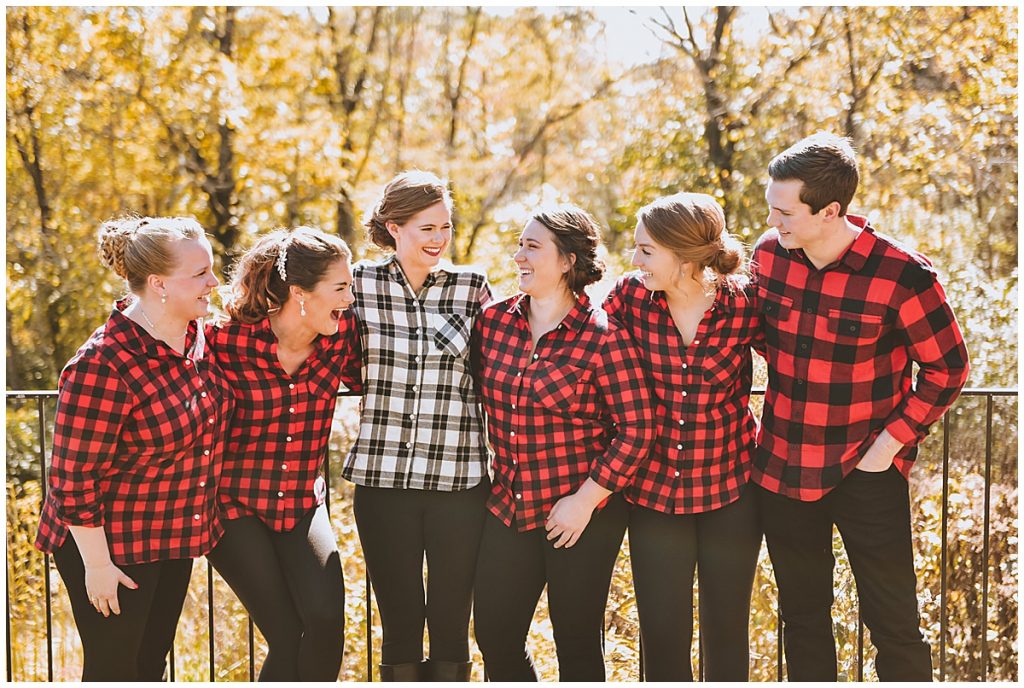 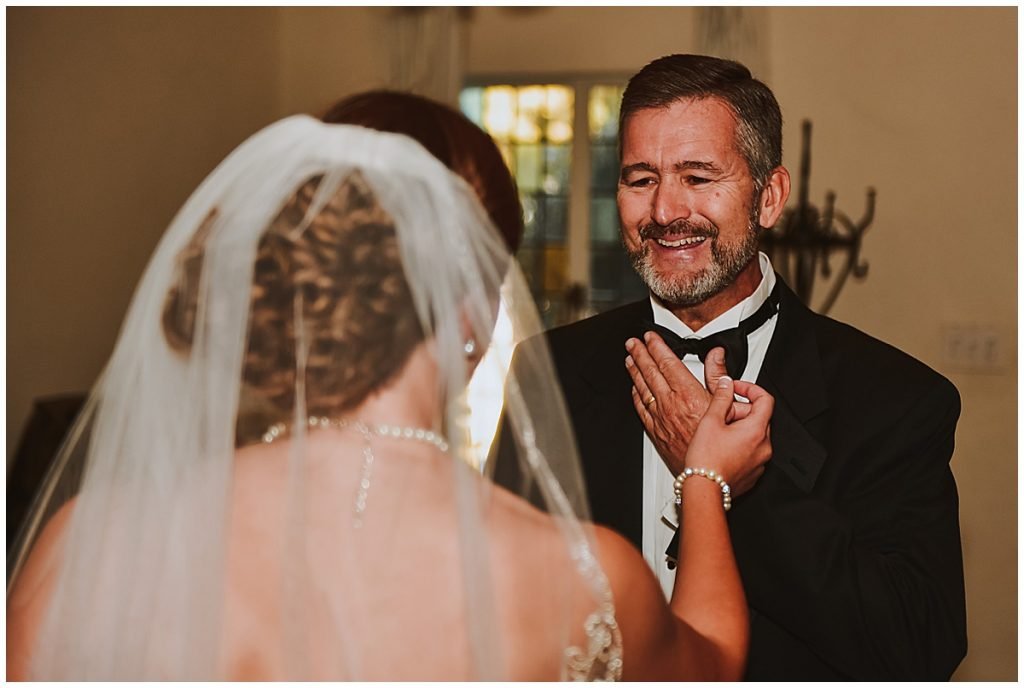 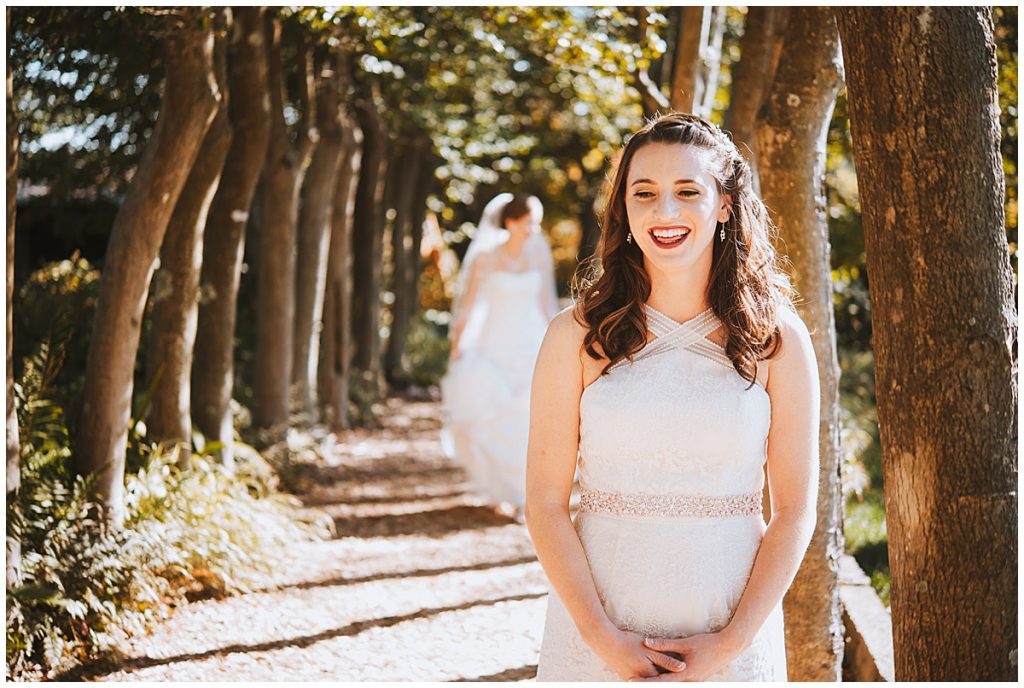 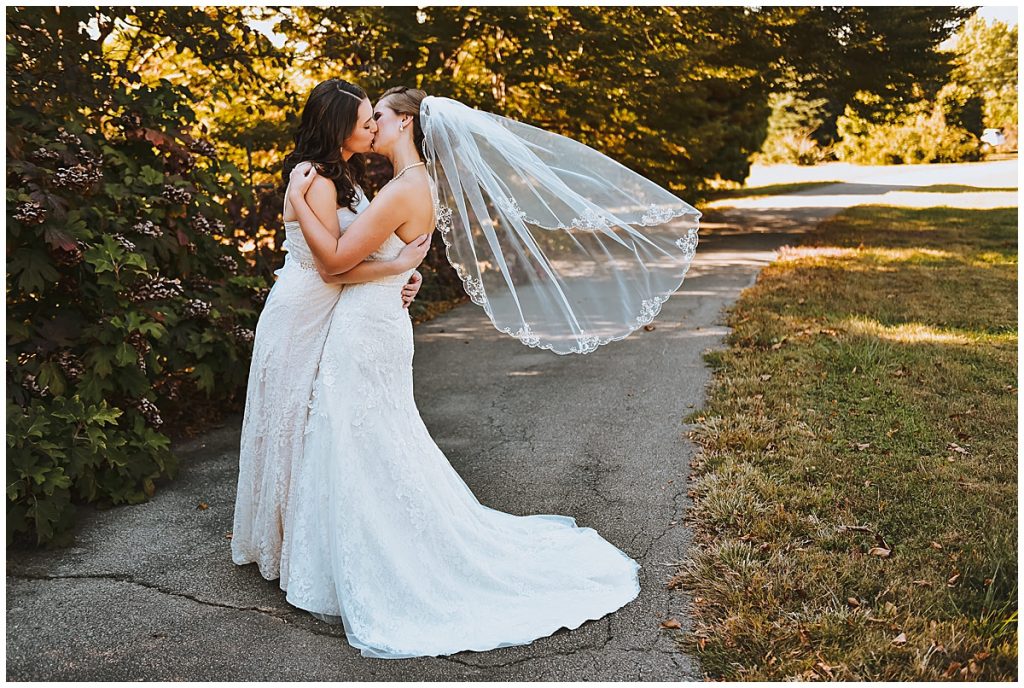 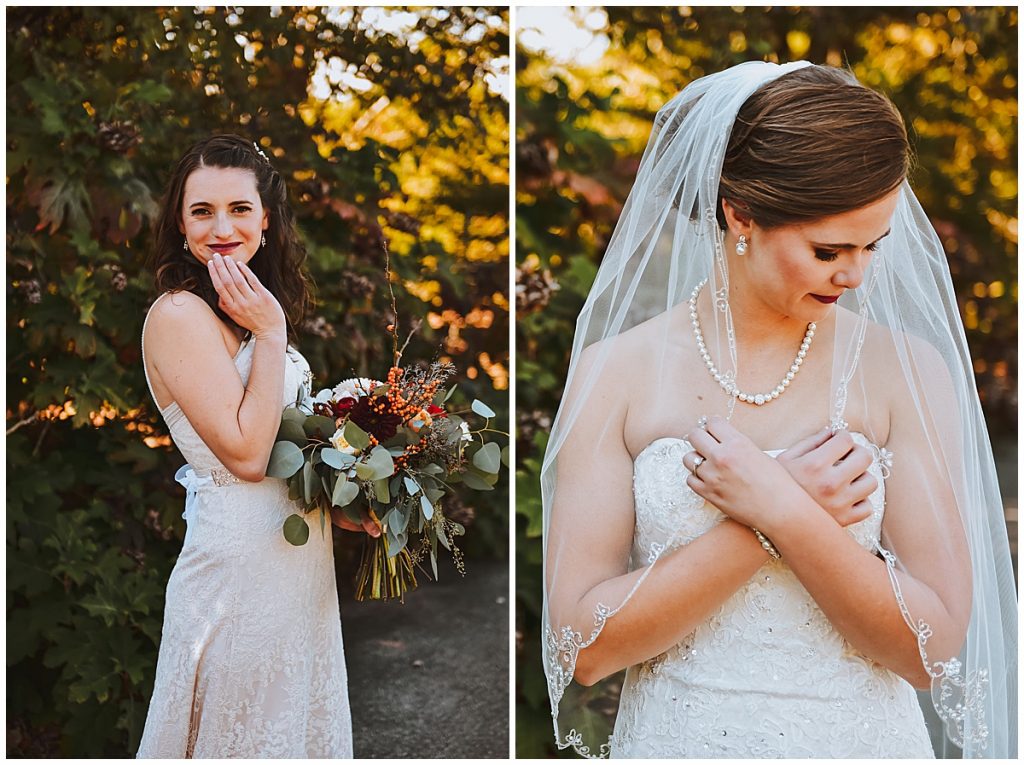 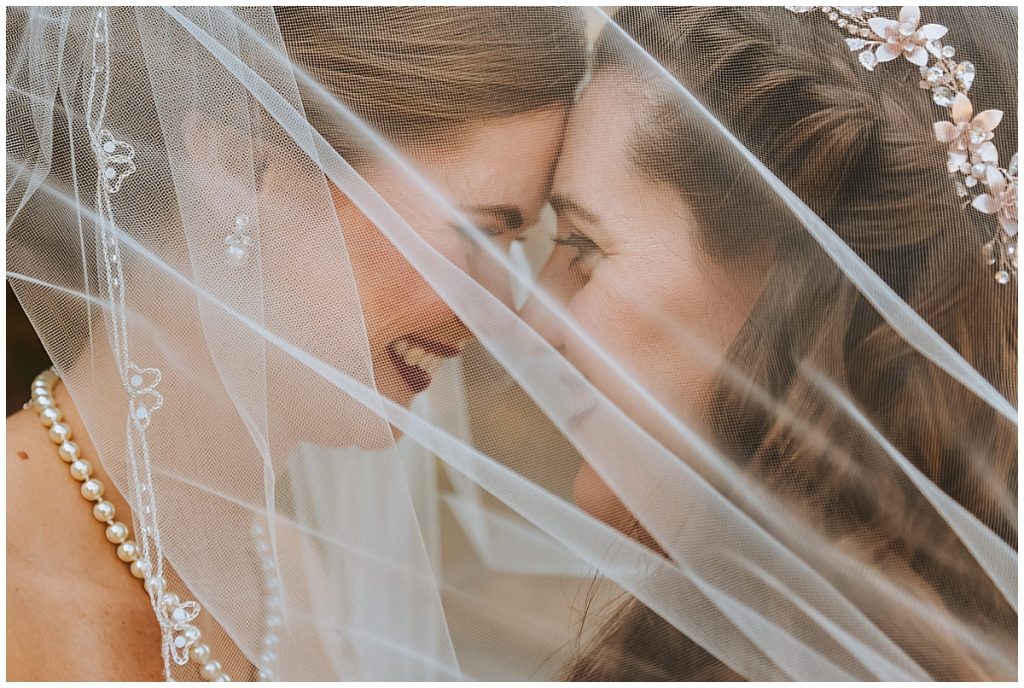 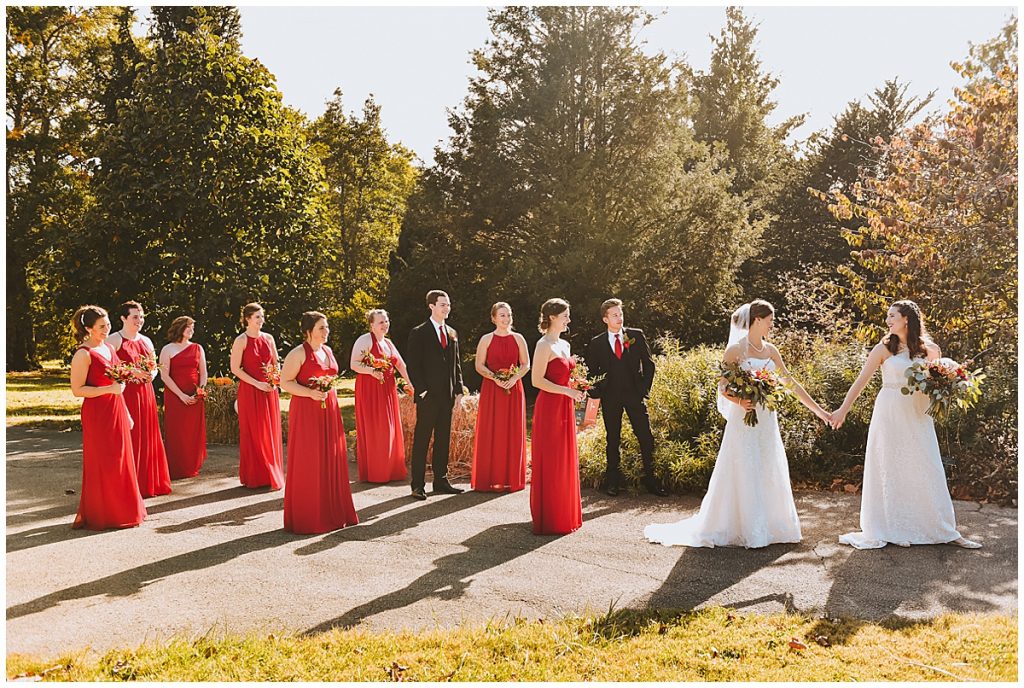 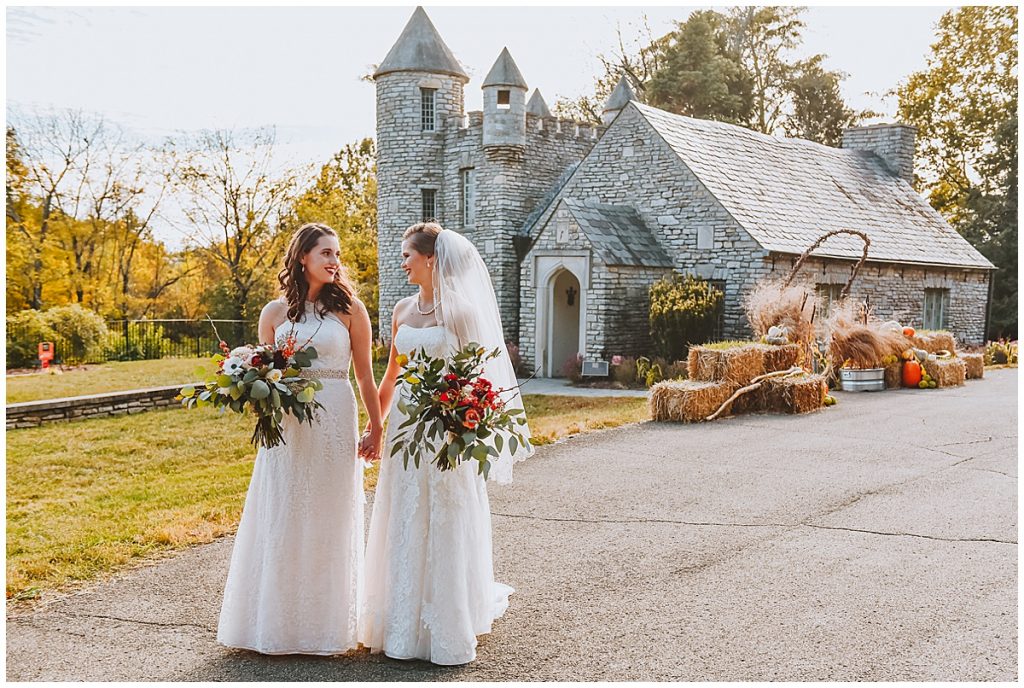 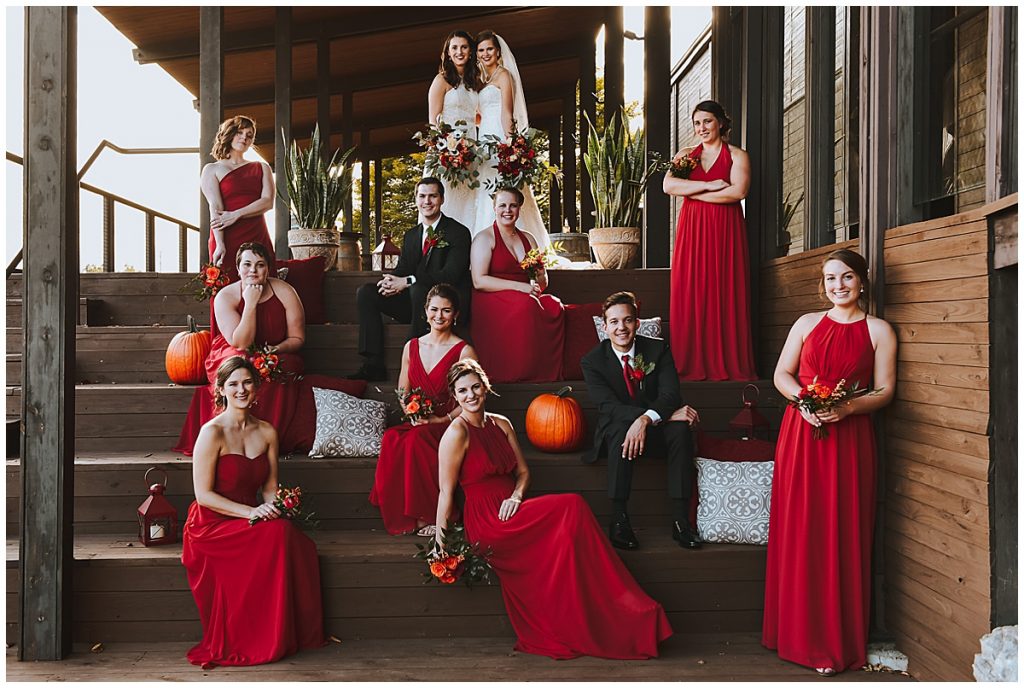 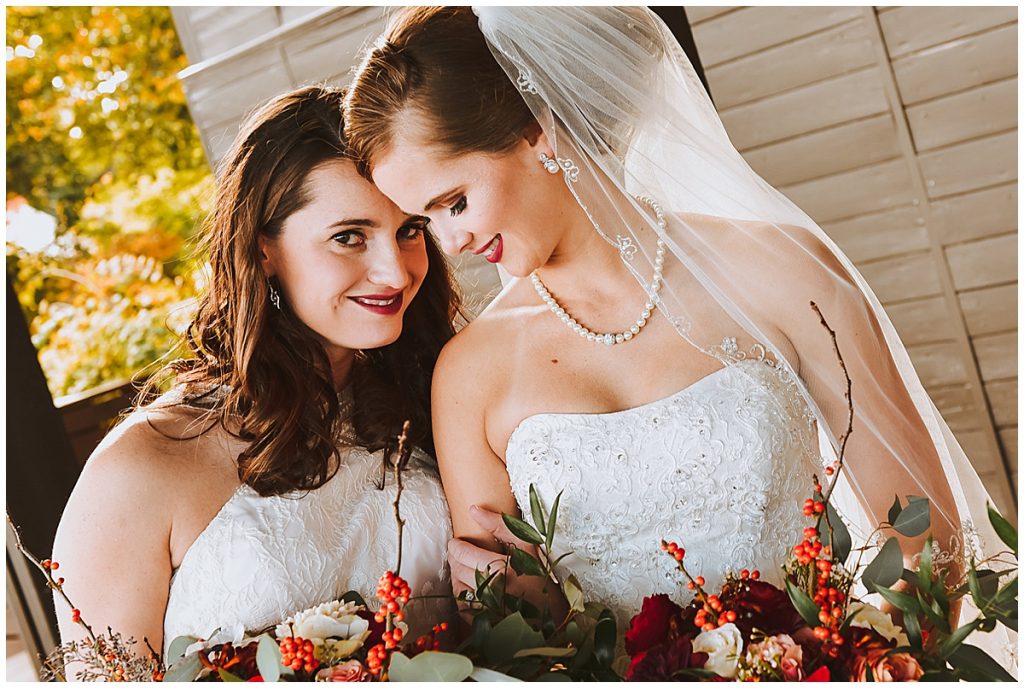 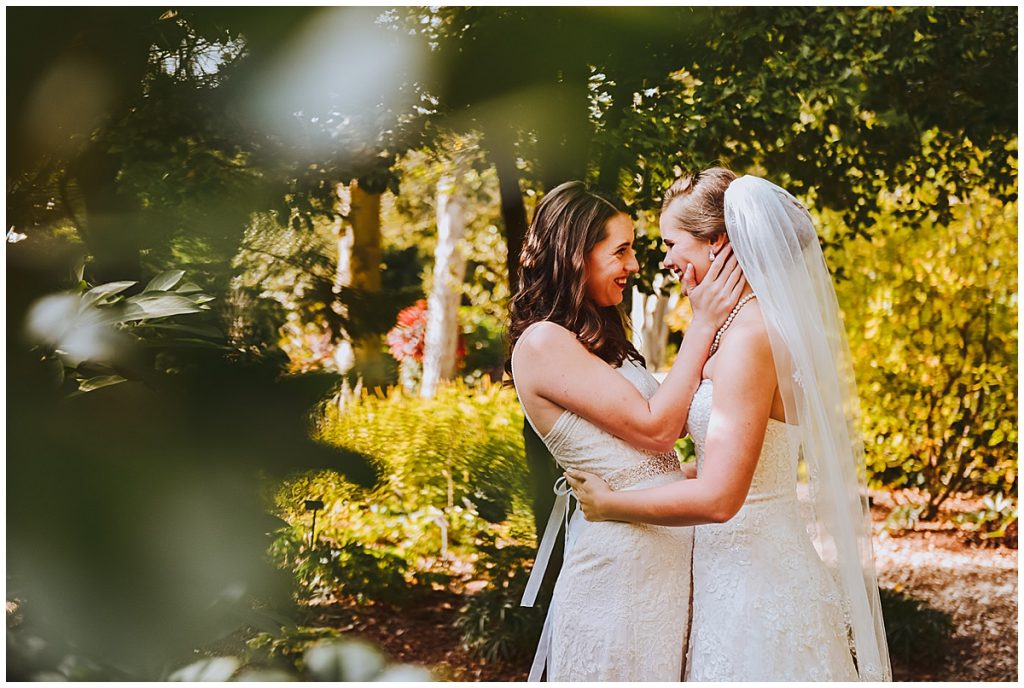 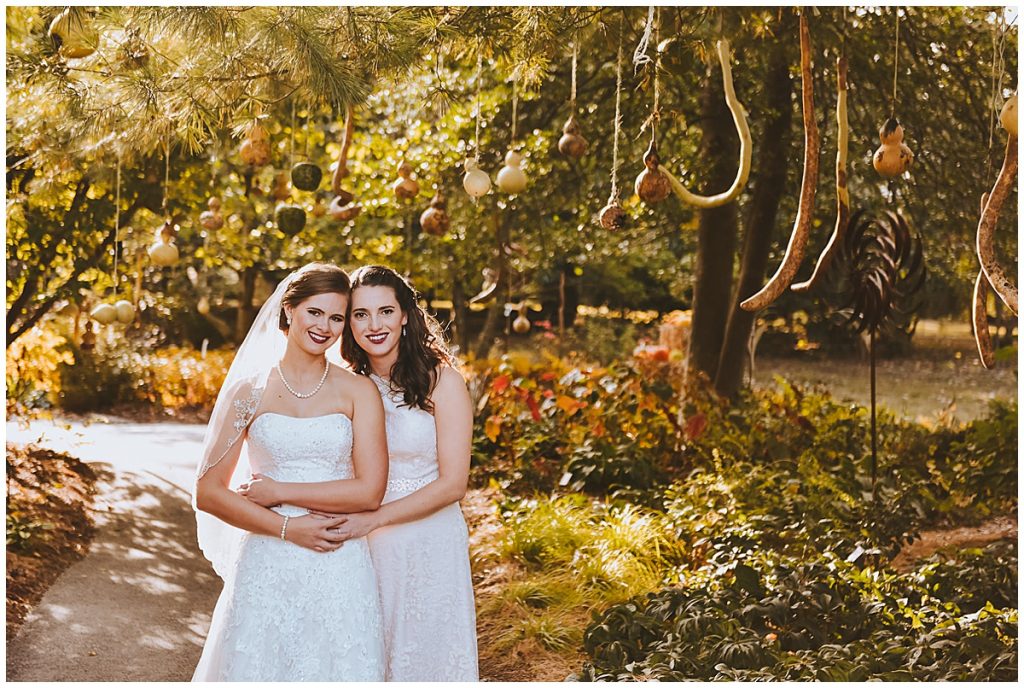 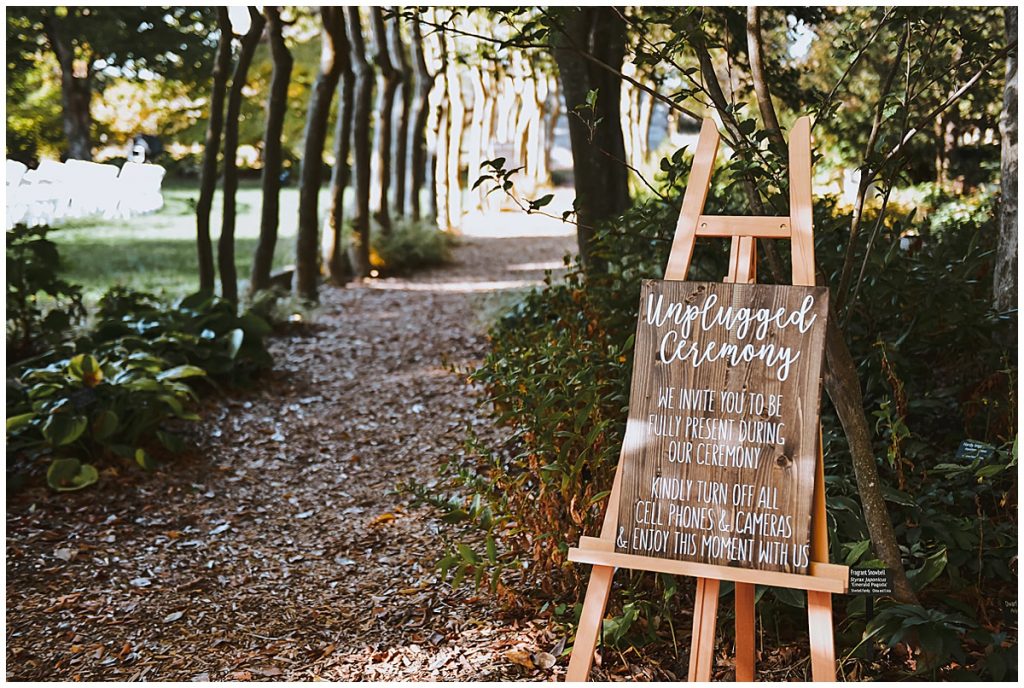 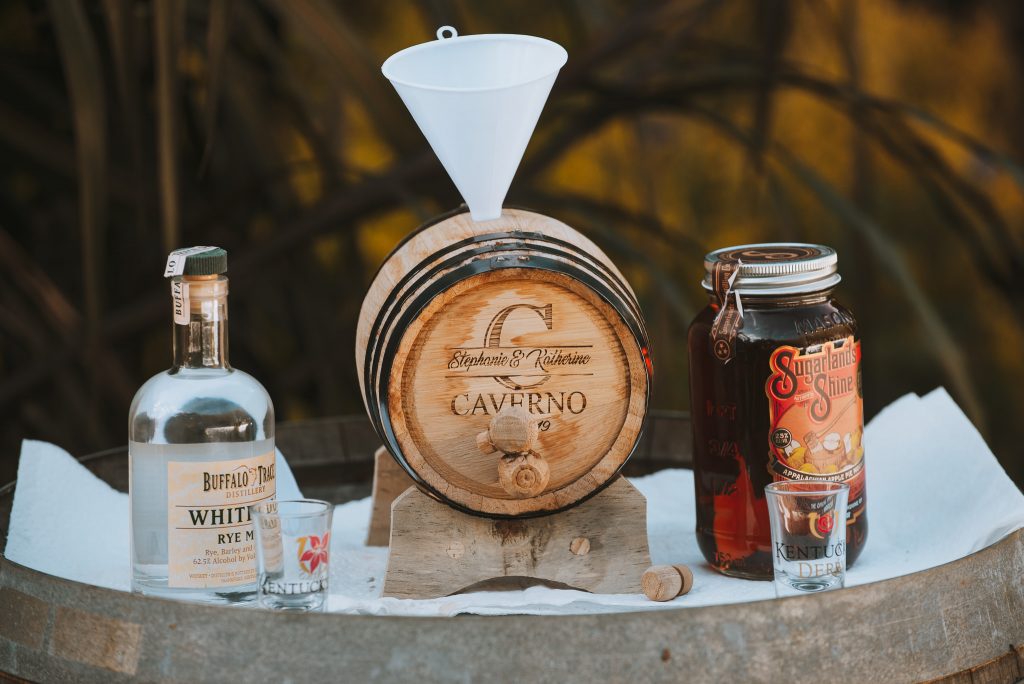 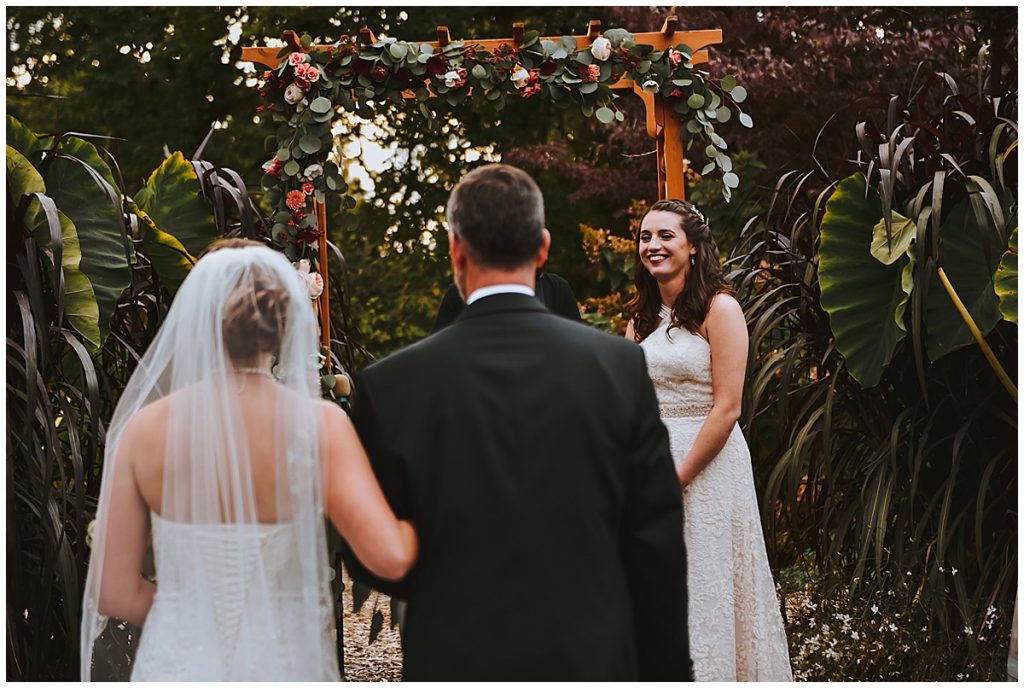 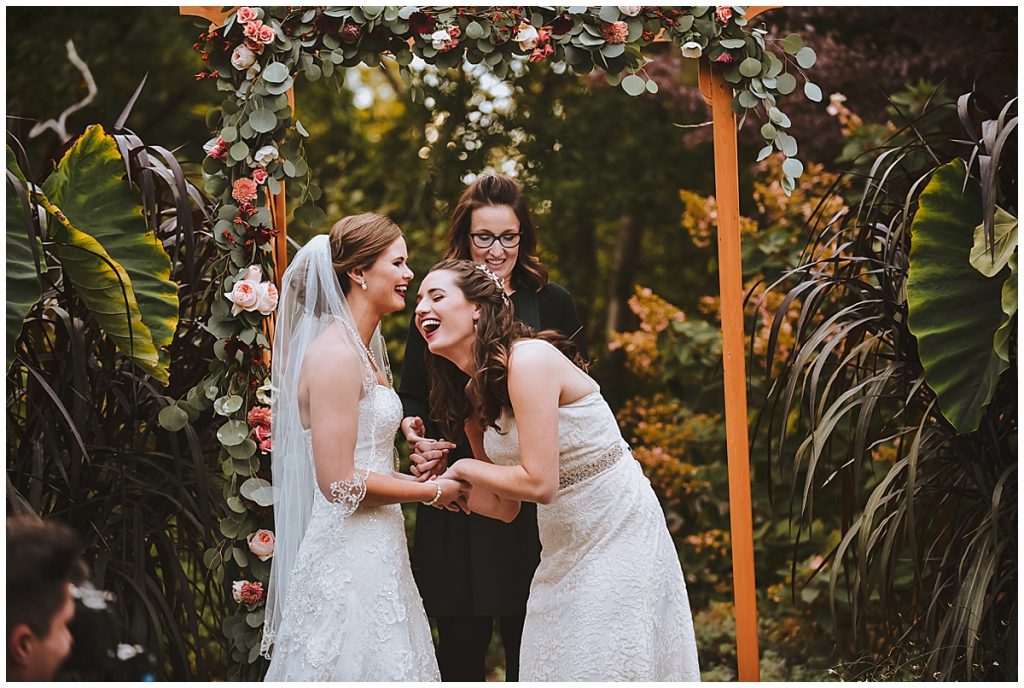 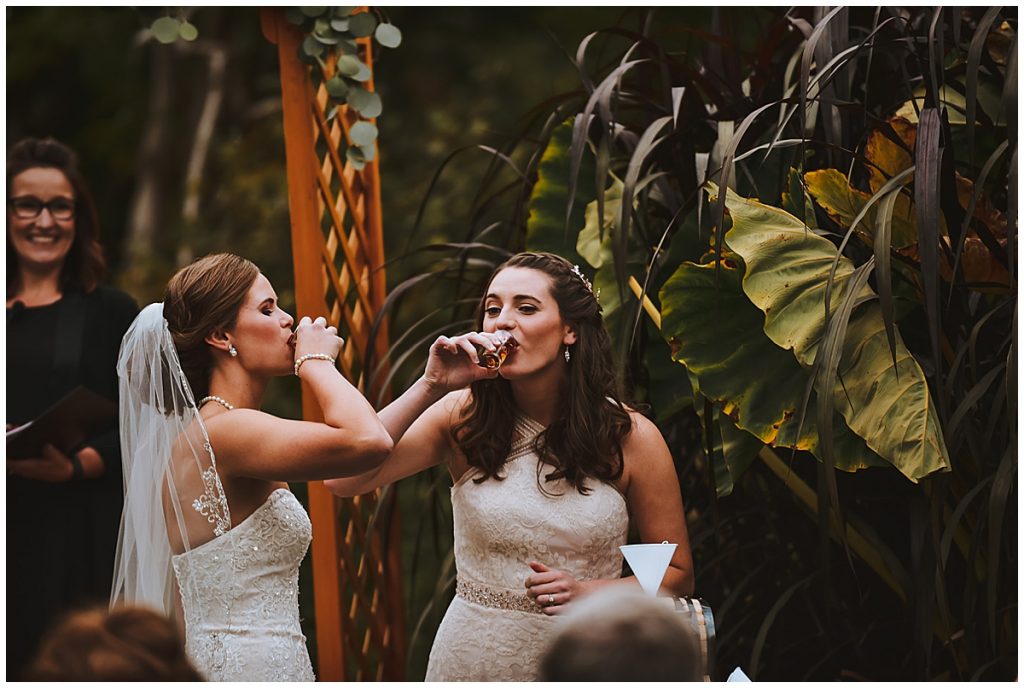 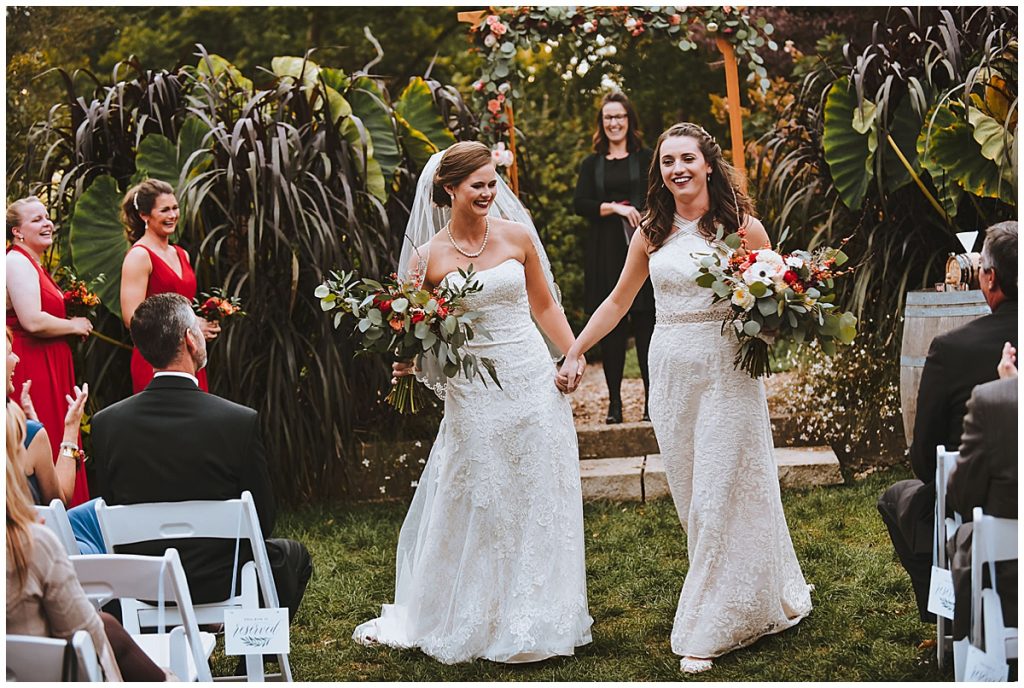 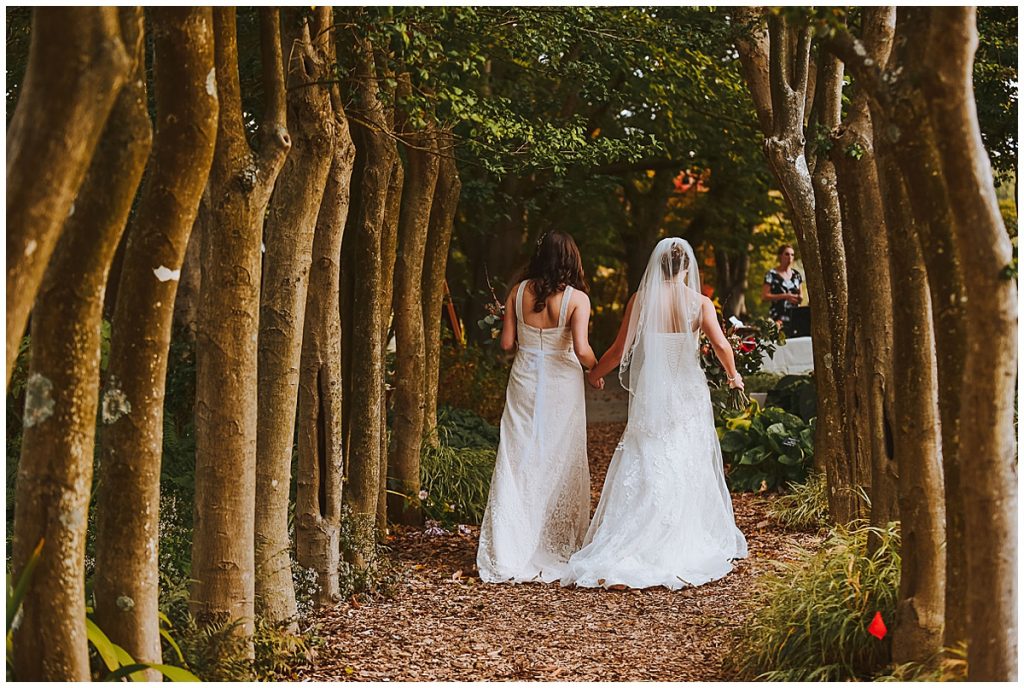 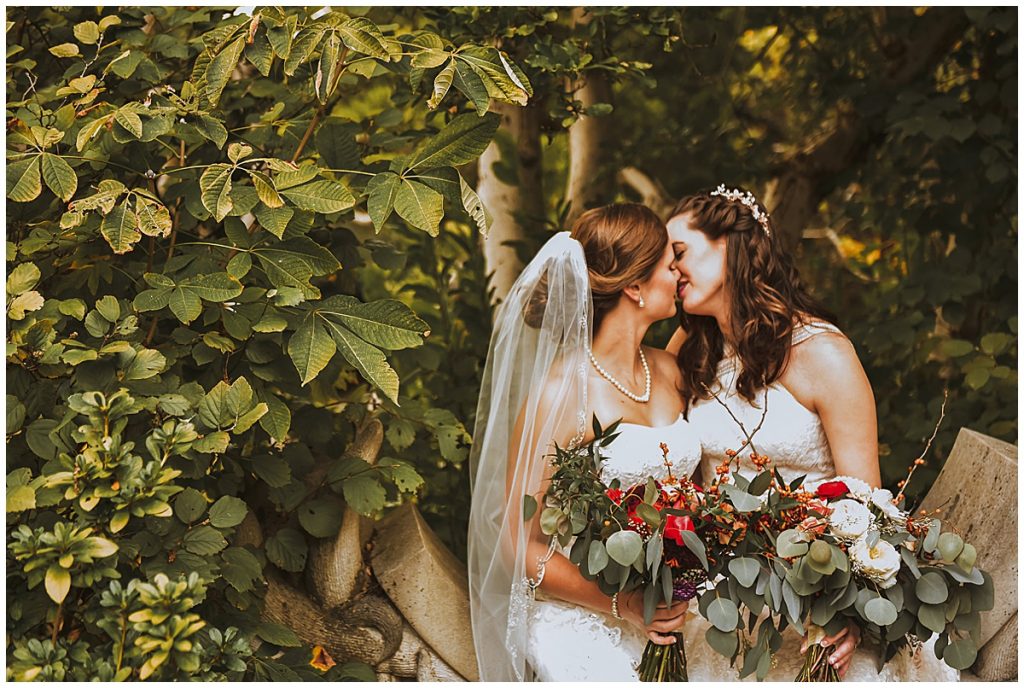 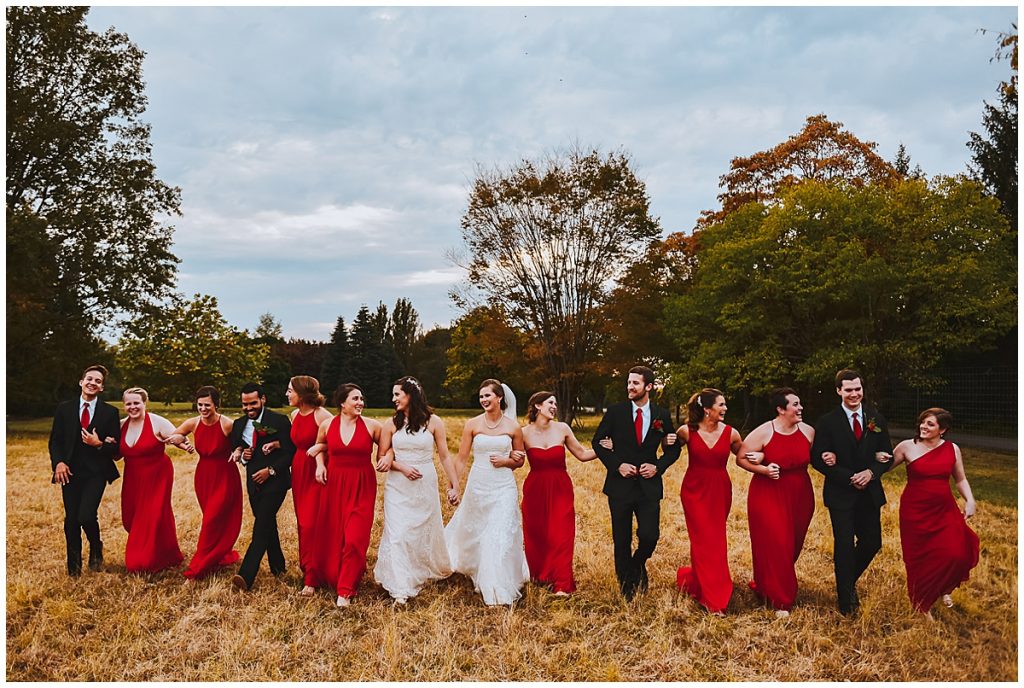 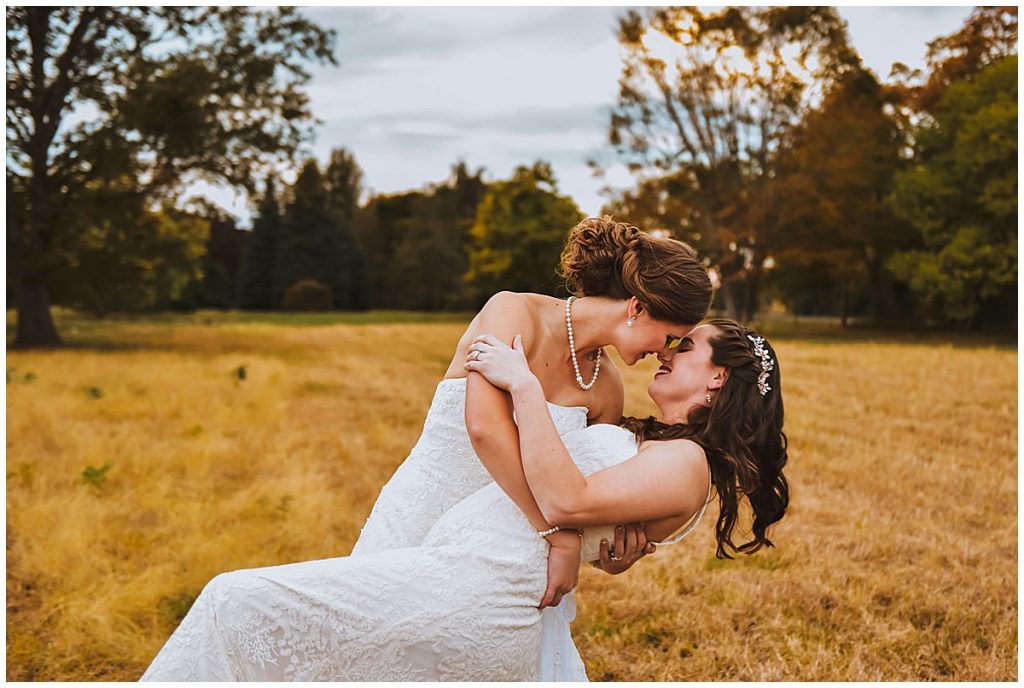 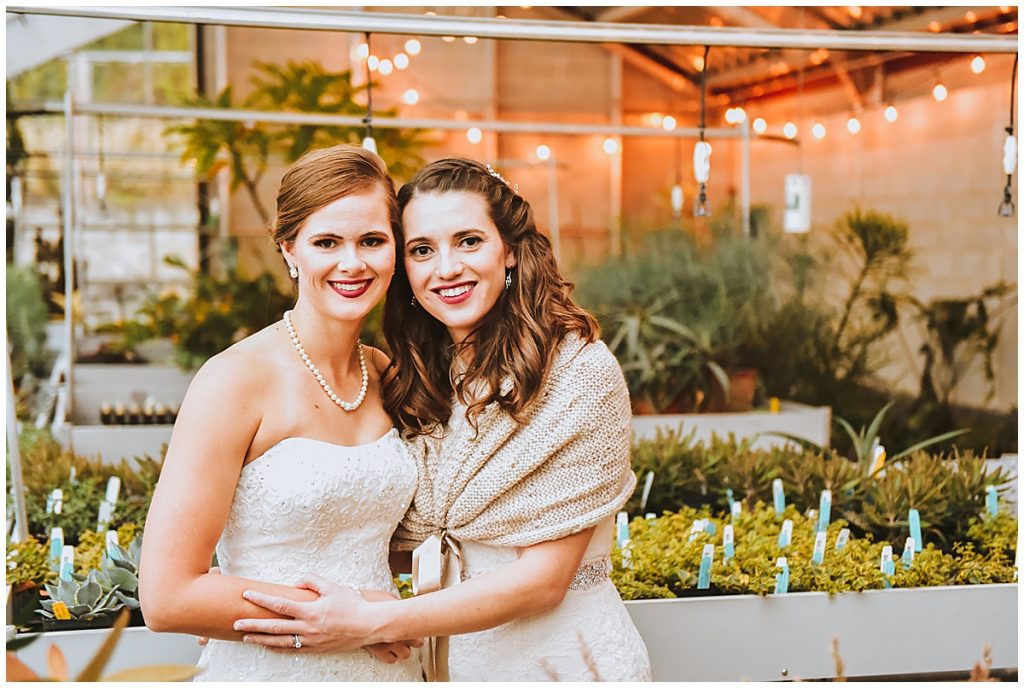 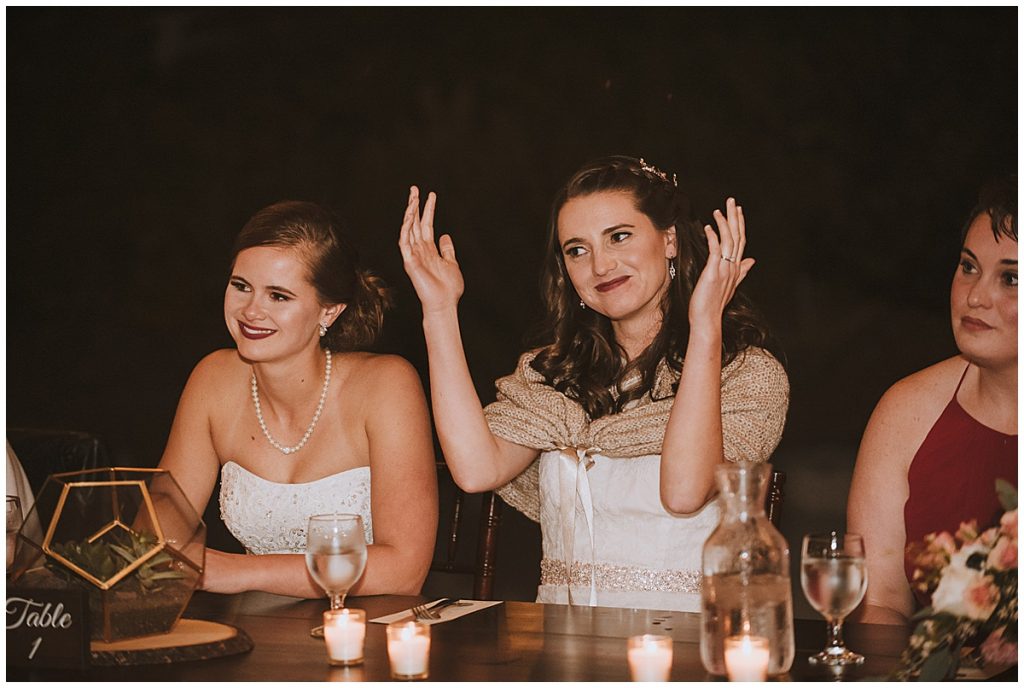 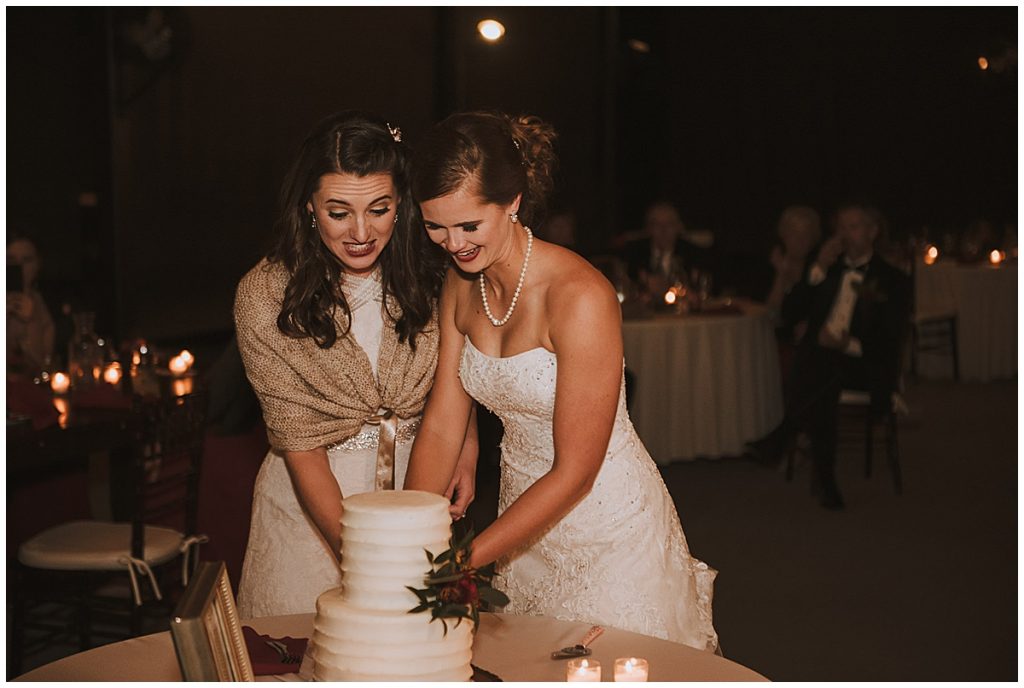