For Laken and Jason’s epic engagement photos we decided that the only place worthy enough to encapsulate their love was Yew Dell Botanical Gardens in Oldham County.

With castles and fountains, arboretums and greenhouses, the setting was the only place grand enough to display a love as incredible as theirs.

After finishing her sophomore year at the University of Kentucky, Laken began a summer tutoring position in a program that helped incoming William C. Parker Scholarship recipients adjust to core college classes.

The first day of the program arrived and in walked Jason.

When asked about their first meeting, Jason said, “I’m pretty sure I had a crush on her the moment we met.”

Laken laughed and said, “I just thought he was a nice kid.”

They became friends on Snapchat and that’s how they kept in contact even after the program ended. Jason would send updates like when he got a good grade on a math test, when he enlisted in the U.S. Army and when he got sent overseas.

After a 2-year long relationship ended, Laken reached out to Jason with more of a romantic intention.

“I remember that Snapchat had told me that it was his birthday, so I sent him a message and told him that my boyfriend and I had just broken up and if he wanted to text me, here was my number,” Laken said.

She shrugged her shoulders and laughed. “It was a shot in the dark, because I obviously didn’t know how he felt but I figured it couldn’t hurt to try. He texted me within minutes. And here we are.”

Since Jason is stationed in Fort Hood, Texas, their relationship functions a lot through text messages and FaceTime and the occasional long weekends when Laken makes the drive down.

When asked about the long distance relationship they both agreed that it isn’t always the easiest. “Being 1,000 miles a part does kind of suck, but I think that it’s gotten us to where we are today.

We were kind of forced to get to know each other as a person first if that makes sense,” Laken said.

He has a little over a year left and then plans to move back to where it all started–Lexington, Kentucky to finish his Agriculture degree.

Marriage had been a topic of conversation for a few months and Laken had told Jason that her only request for a proposal was that Jason make sure her nails were done.

Laken was working at UPS as a semi truck loader at the time so nail care wasn’t high on her list of concerns.

Jason had planned to fly in from Texas to celebrate her 26th birthday and made a suggestion for her to get her nails done which had made Laken a bit suspicious.

However, Jason had come up with a plan to throw Laken off of the impending engagement. “I told her to get her nails done because I knew she wanted to.

And then I made up a lie about the ring I wanted to get her not coming in on time. She didn’t know I had already bought it and picked it up a month before then.”

He had made a comment a few weeks before that proposing on her birthday would be “too cliche”…so he waited until the day after.

“I kept trying to get her to go to a park or something because her mom wanted a picture of us. I knew she didn’t want a proposal in front of a bunch of people but she completely missed the hint,” Jason said about trying to find the right moment to ask.

He knew that an engagement would need to be perfectly imperfect for it to be them.

They stopped by her apartment before heading to dinner with some friends. They were running late and Laken kept trying to hurry Jason out the door.

“My friends were already at Cheddars and Jason is just standing in the kitchen with all of his stuff still on the coffee table. And I remember asking him if he was ready to go and him just kind of staring at me for a second. He looked at me and said ‘I have something I’ve wanted to ask you all day and I’m tired of carrying this around’ and then got down on one knee and asked me to marry him.” Laken laughed and looked at Jason.

“He jokes because I had a few rings on my left hand and I pretty much threw them onto the counter before holding my hand out.”

Jason is an avid lover of florals, having taken a floral arranging class in high school and being a proud member of his local FFA.

Laken is also a lover of nature and being outdoors which is why Yew Dell Botanical Gardens was the only choice for their engagement session.

Starting beneath an opening of trees, both Laken and Jason were relatively nervous never having taken professional photos before. After getting them snuggly and close, most of those nerves dissolved.

From those trees, to the castles, greenhouses and many fields of stunning flowers, the love they had for each other was ever present in every pose.

We are so excited to capture the continuation of their beautiful love story at their wedding next fall in the picturesque mountains at Sugar Hollow Retreat in Butler, Tennessee. 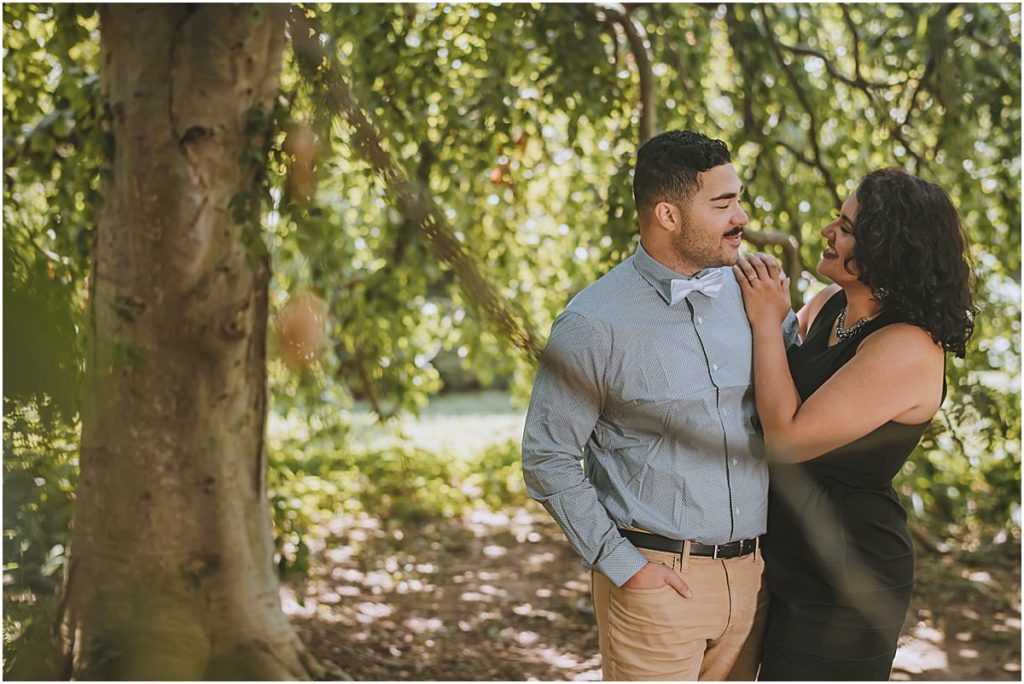 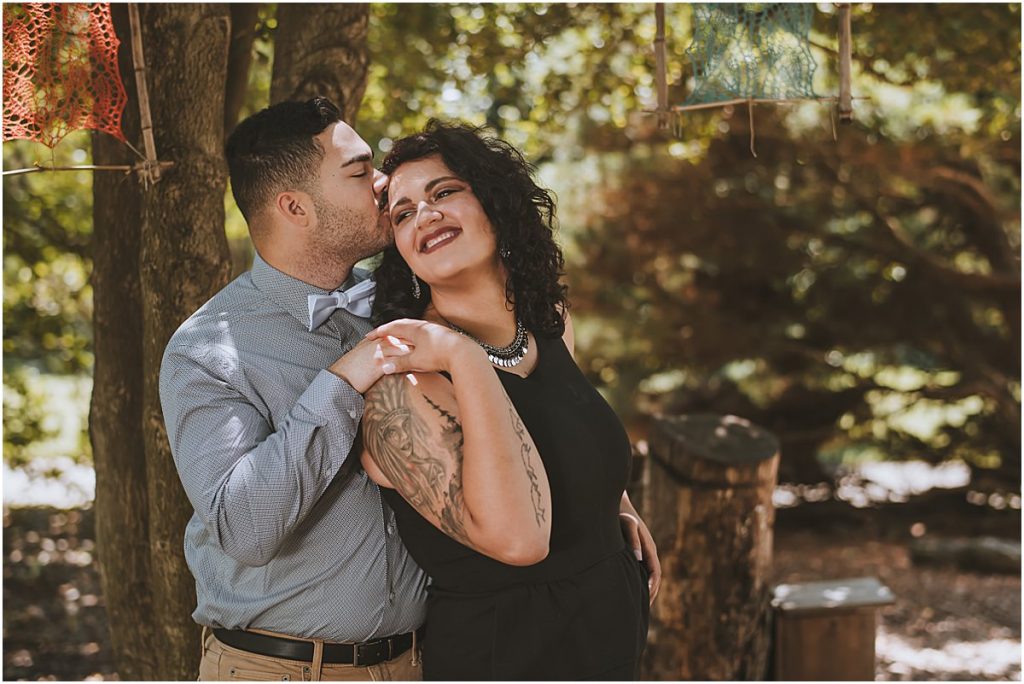 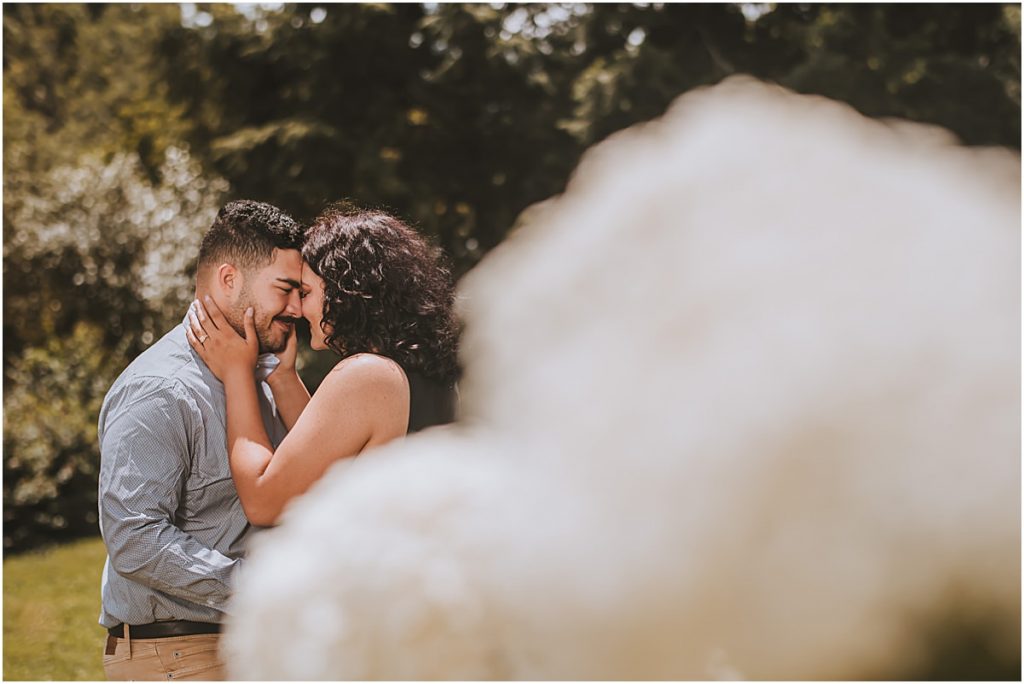 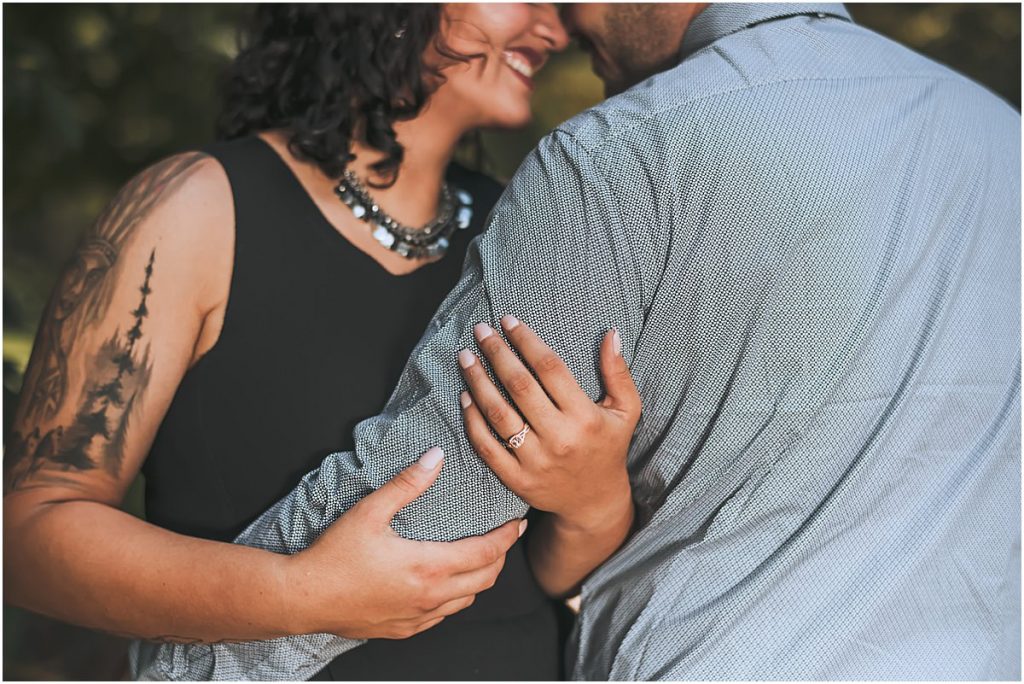 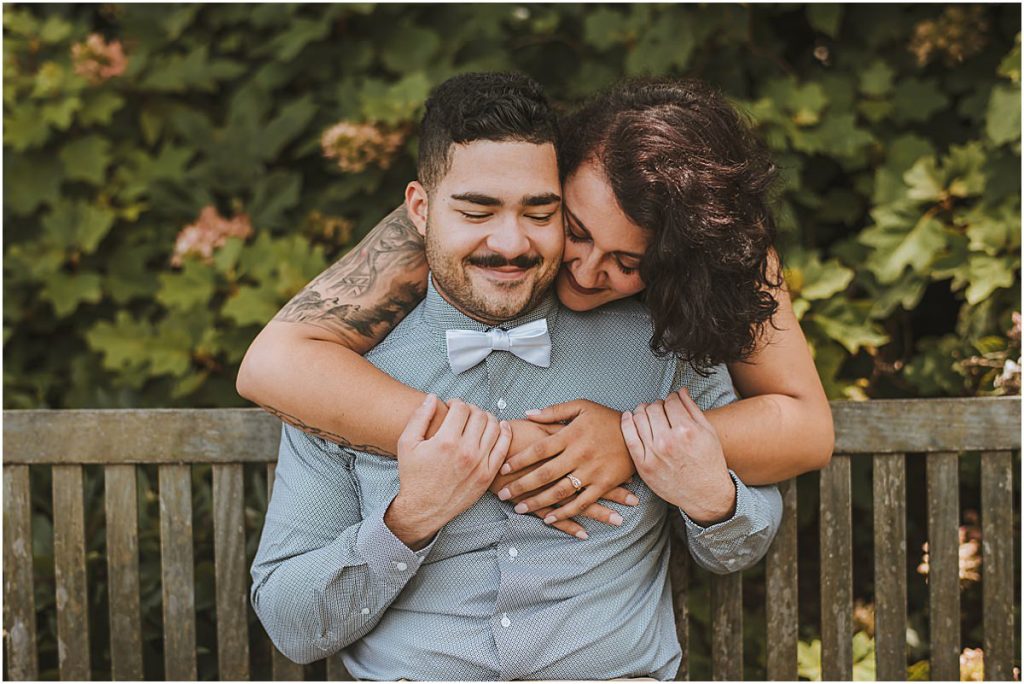 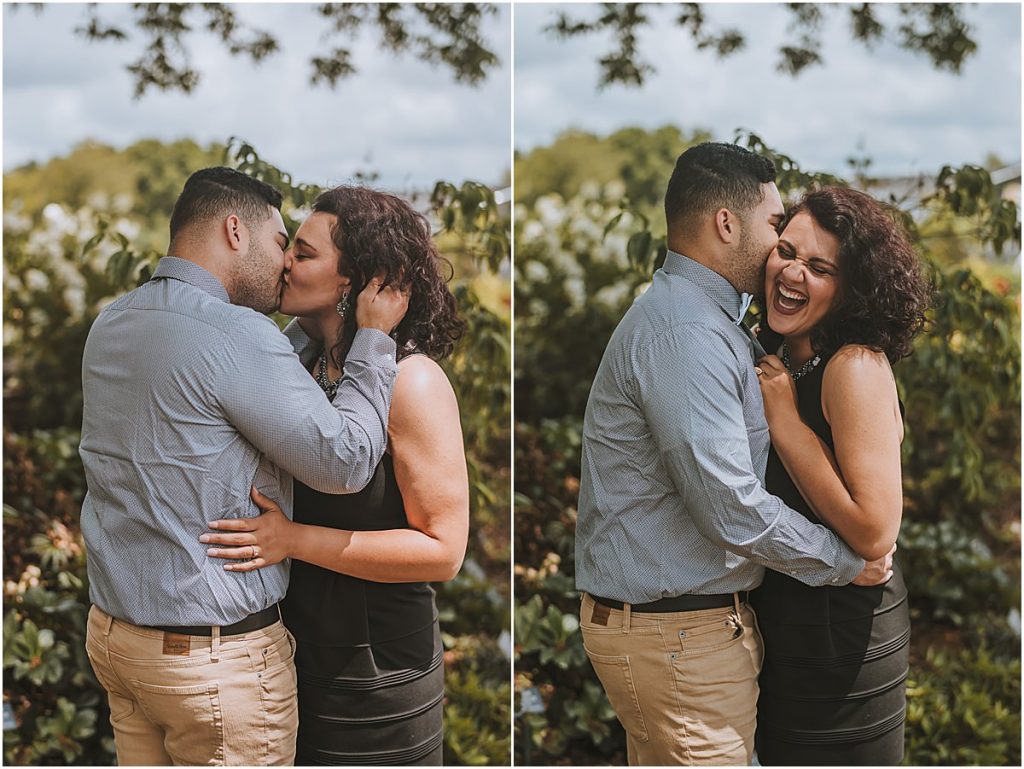 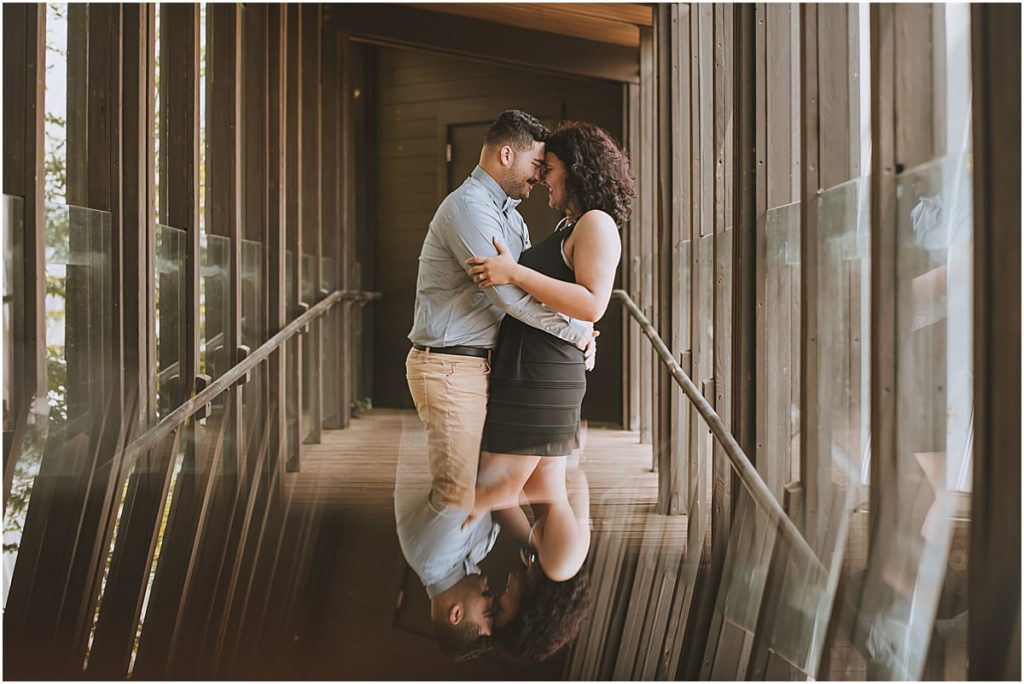 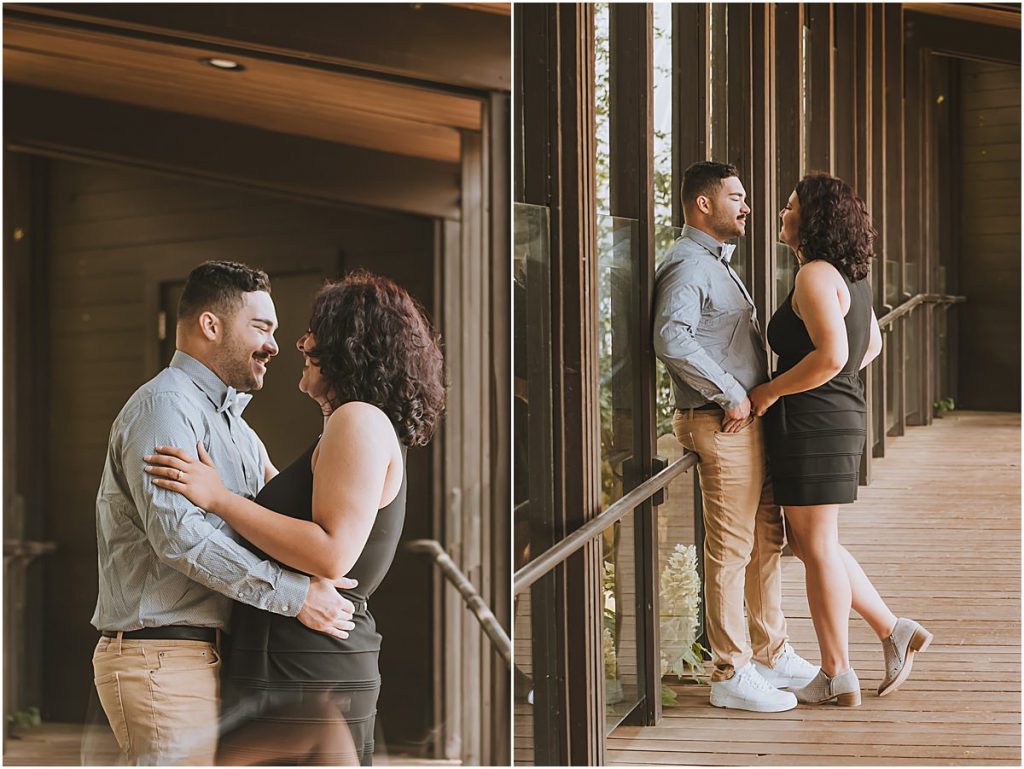 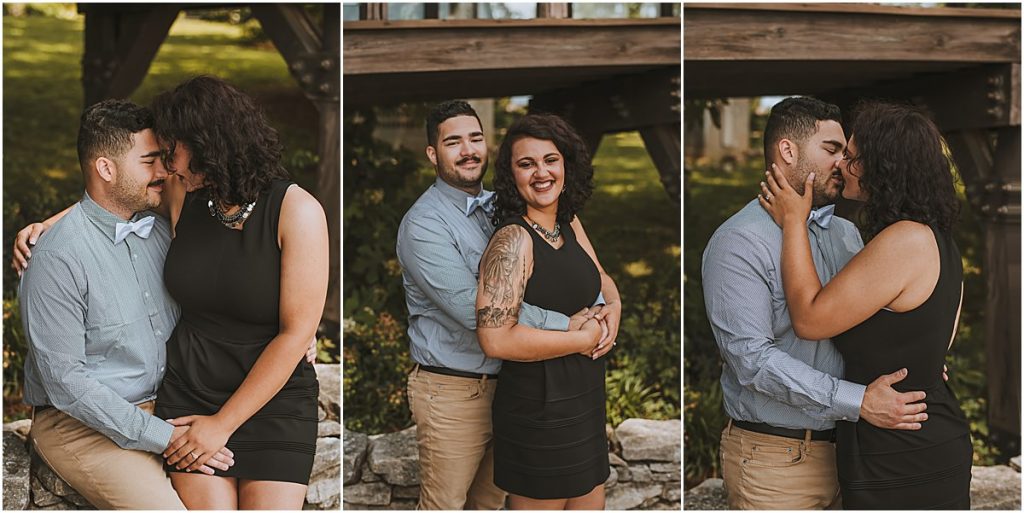 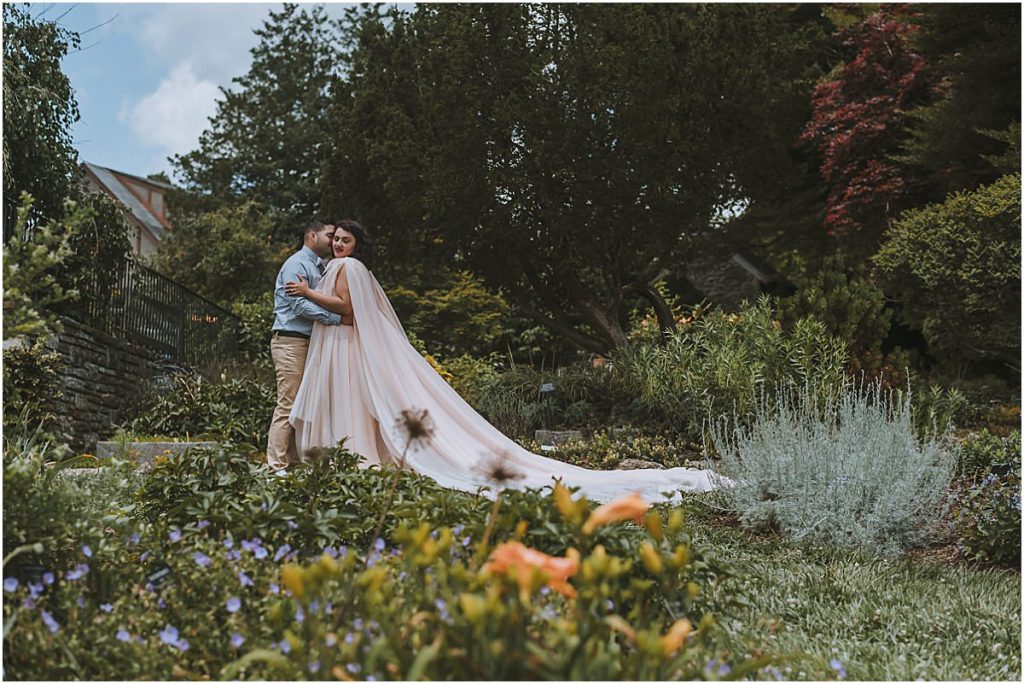 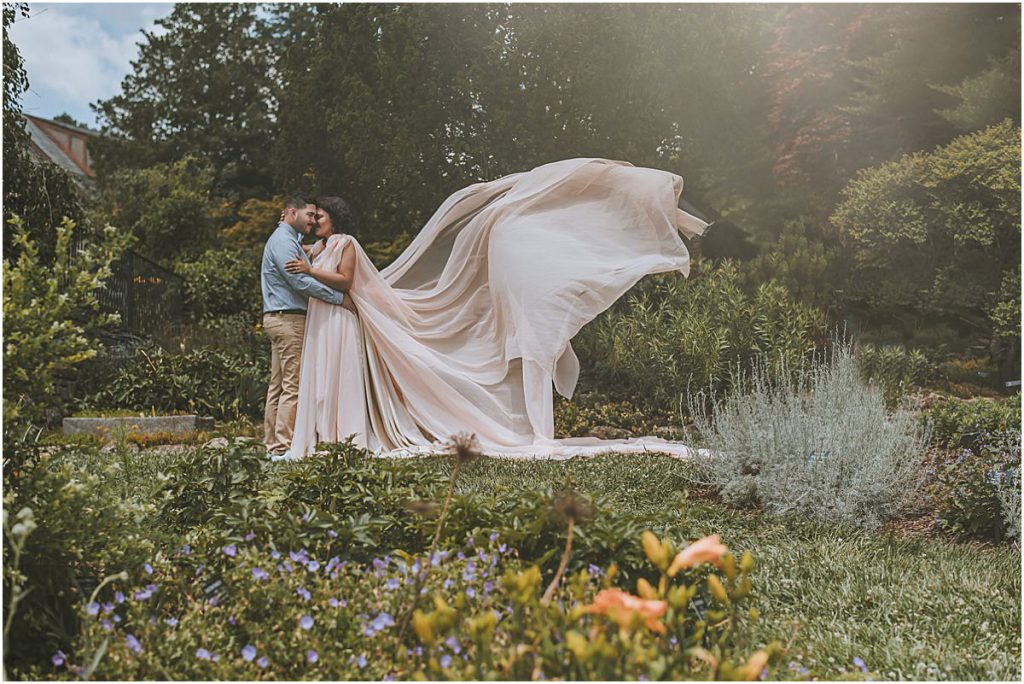 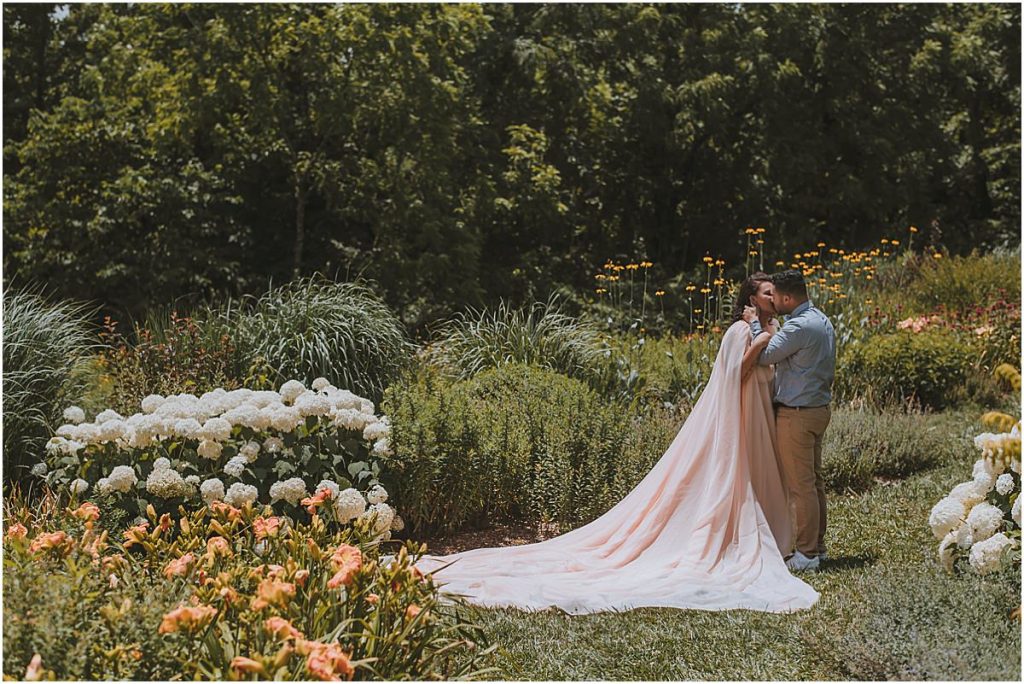 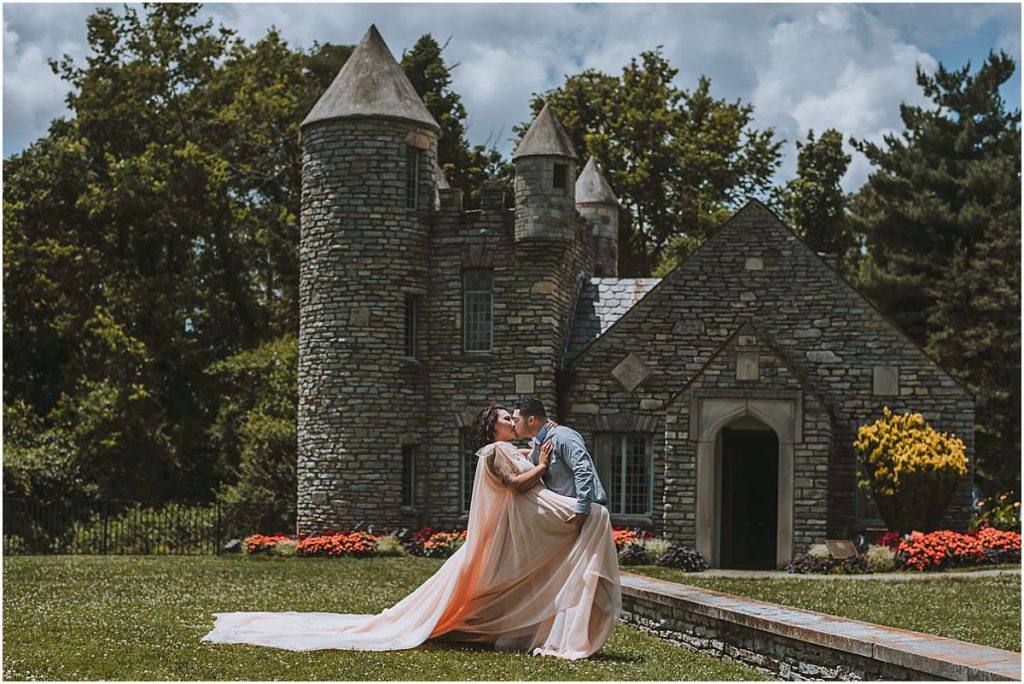 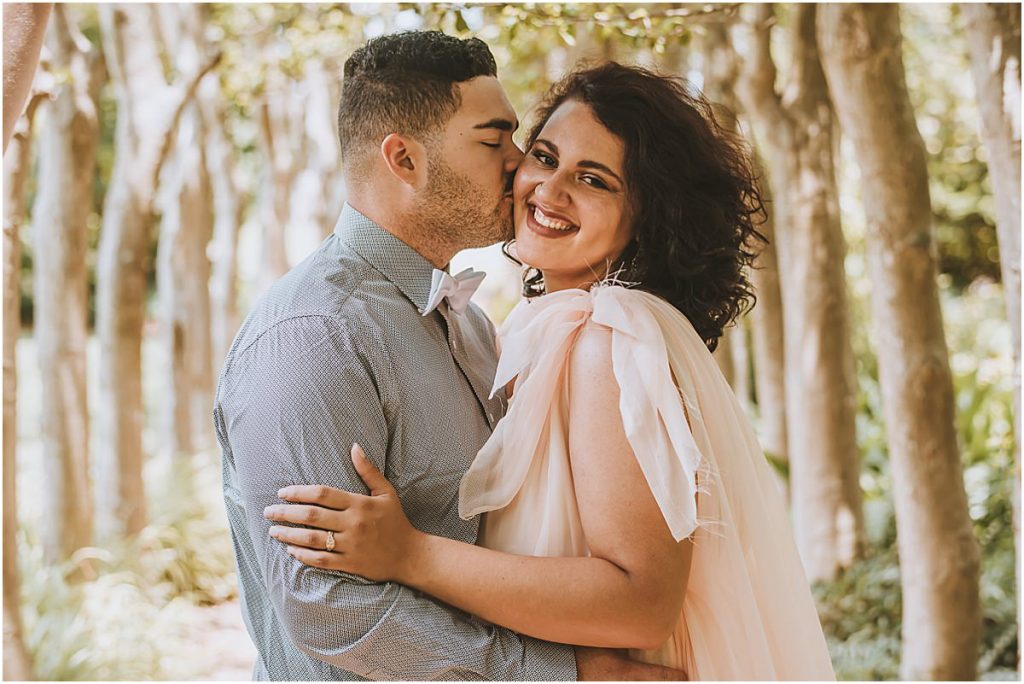 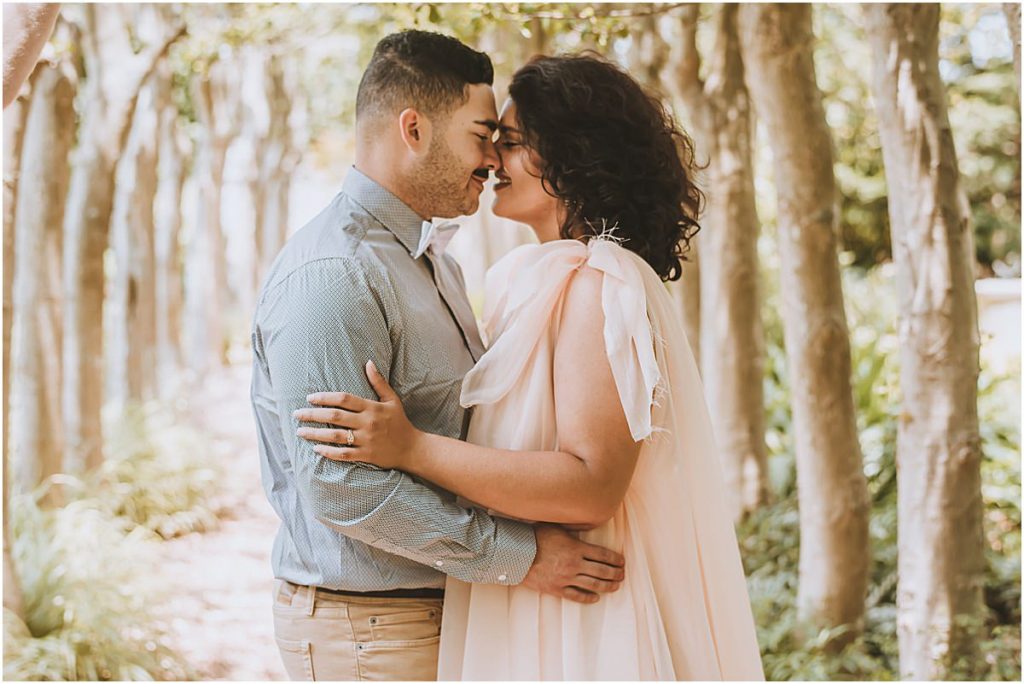 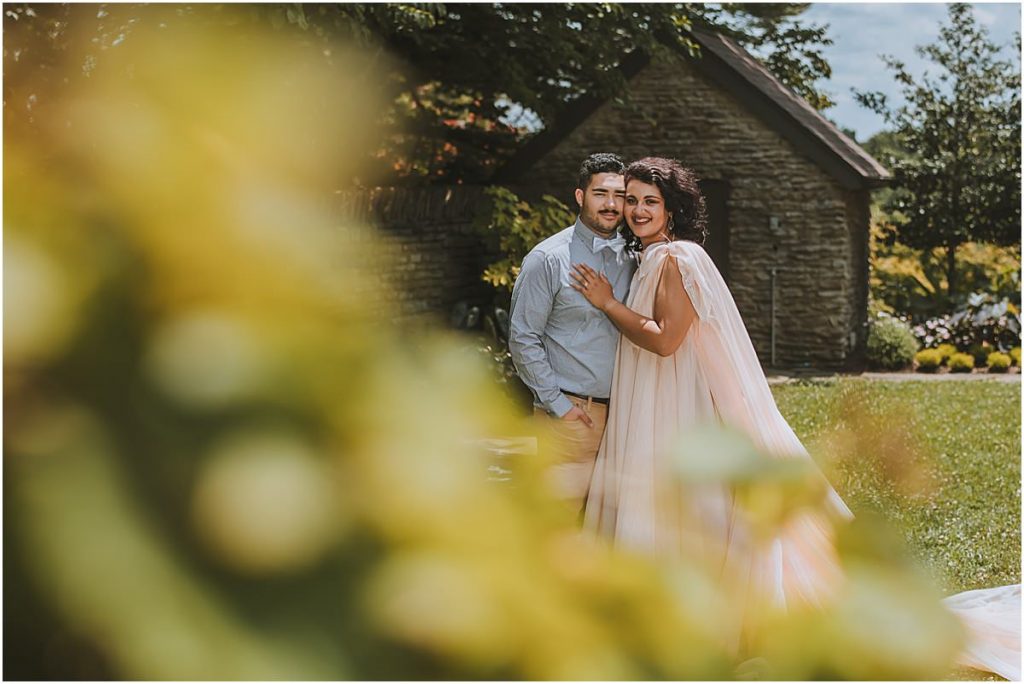 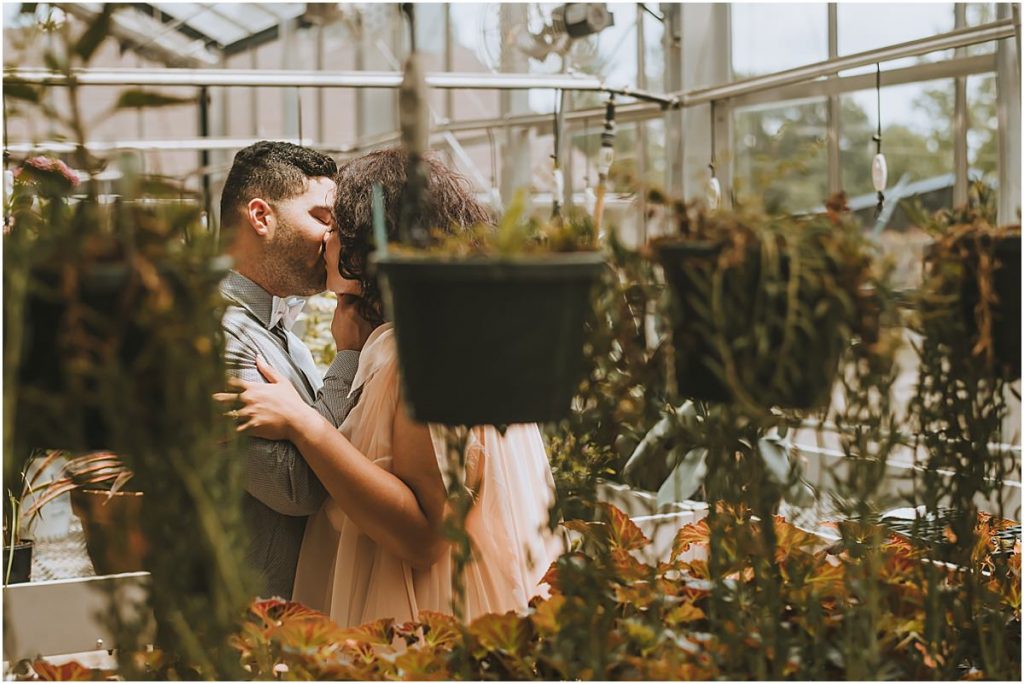 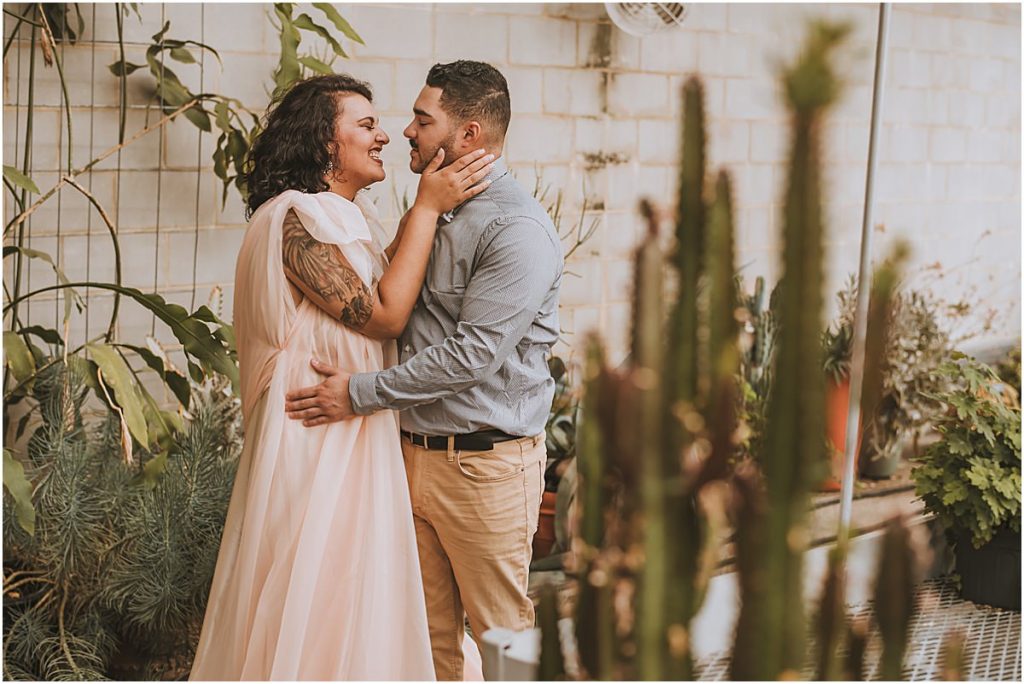 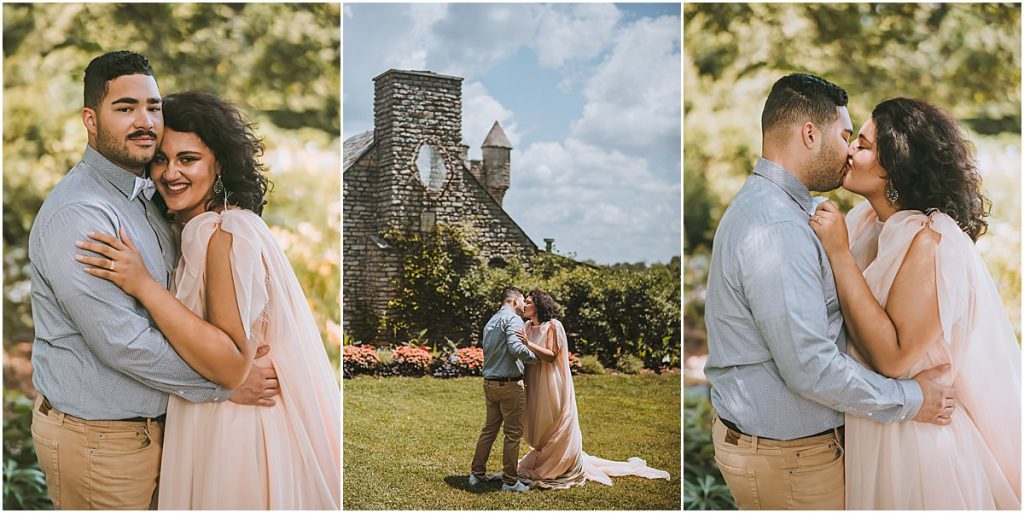